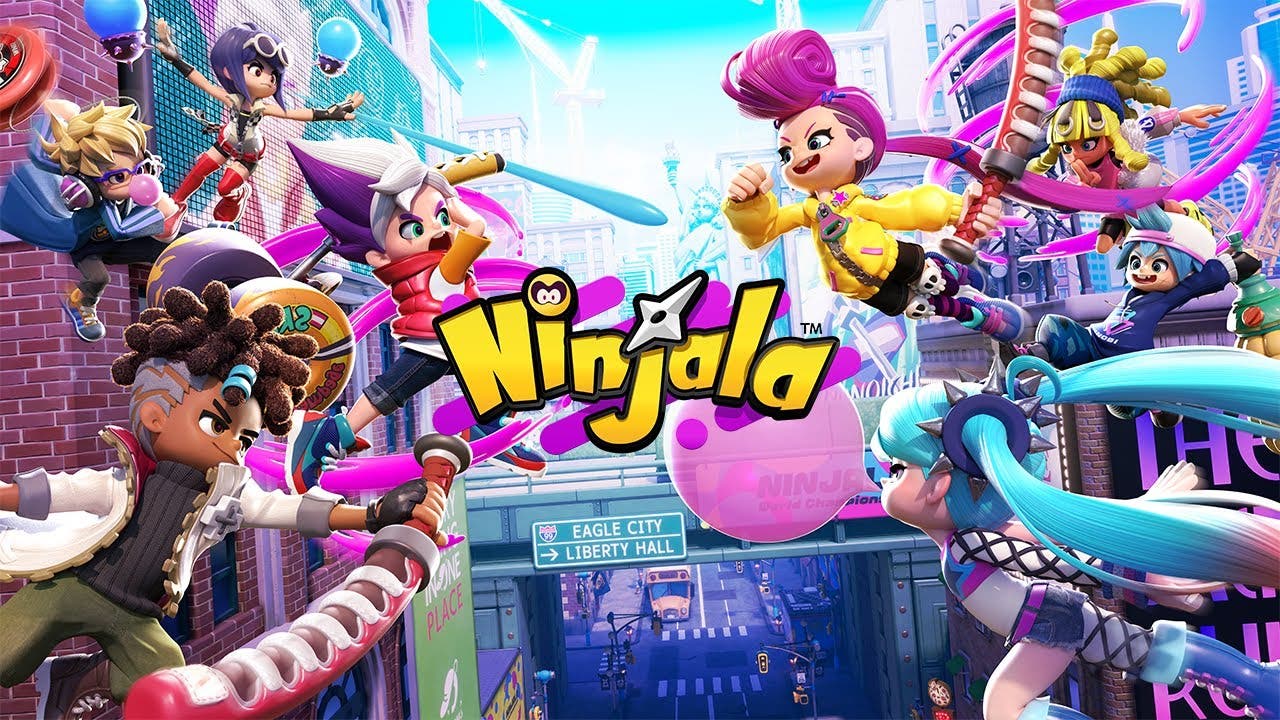 TOKYO, JAPAN — June 24, 2020 – GungHo Online Entertainment (GOE) today released its bubblegum arena brawler Ninjala exclusively for the Nintendo Switch. The free to play title features two exciting multiplayer modes including an eight-player arena battle and a 4v4 team battle, as well as a single-player training mode. Pick and customize your ninja kid before you burst onto the scene of the World Ninja Association’s (WNA) ultimate ninja tournament, Ninjala. By chewing super-powered Ninja-Gum, these modern-day ninjas can blow bubbles that can be targeted at their foes, craft all sorts of weapons, and fly across the battlefield with enhanced speed and agility…all with only one small side effect – it turns them into kids!

To celebrate the launch of Ninjala, Japanese pop sensation Kyary Pamyu Pamyu collaborated with celebrated American musician and producer, Steve Aoki. The pair teamed up to remix Kyary Pamyu Pamyu’s hit song Ninja Re Bang Bang which is out now! Listen to it here and check out the special mashup video here.

Also available today is Chapter One of the Story Mode DLC which features Van, a naturally talented kid who loves playing basketball. After learning from his master about his family’s ninja ancestry, he resolves to wield his ninja powers for good to defend the WNA and the world at large. With the power of Ninja-Gum, Van will be able to use special ninja abilities, fly around the city, stealthily pursue his targets, and take on huge bosses in epic battles. But when it comes to taking down the enemy, whether it’s a space ninja or a giant, monstrous soda bottle, Van needs to use every trick in the book to gain the upper hand. Van’s Story Mode chapter one is regularly $9.99 USD, but is currently on sale for $4.59 USD. Story Mode is available now in the Nintendo eShop – look out for chapters from other Ninjala characters in the future!

To learn more about the fantastical story behind Ninjala and its eight main characters, check out the 2D cartoon anime series from GOE. The first episode, Bloodline of the Shinobi, follows Van’s story as he uncovers the mystery behind why ninjas attacked his father, and how it ties to his ninja heritage. The episode is available on YouTube here.