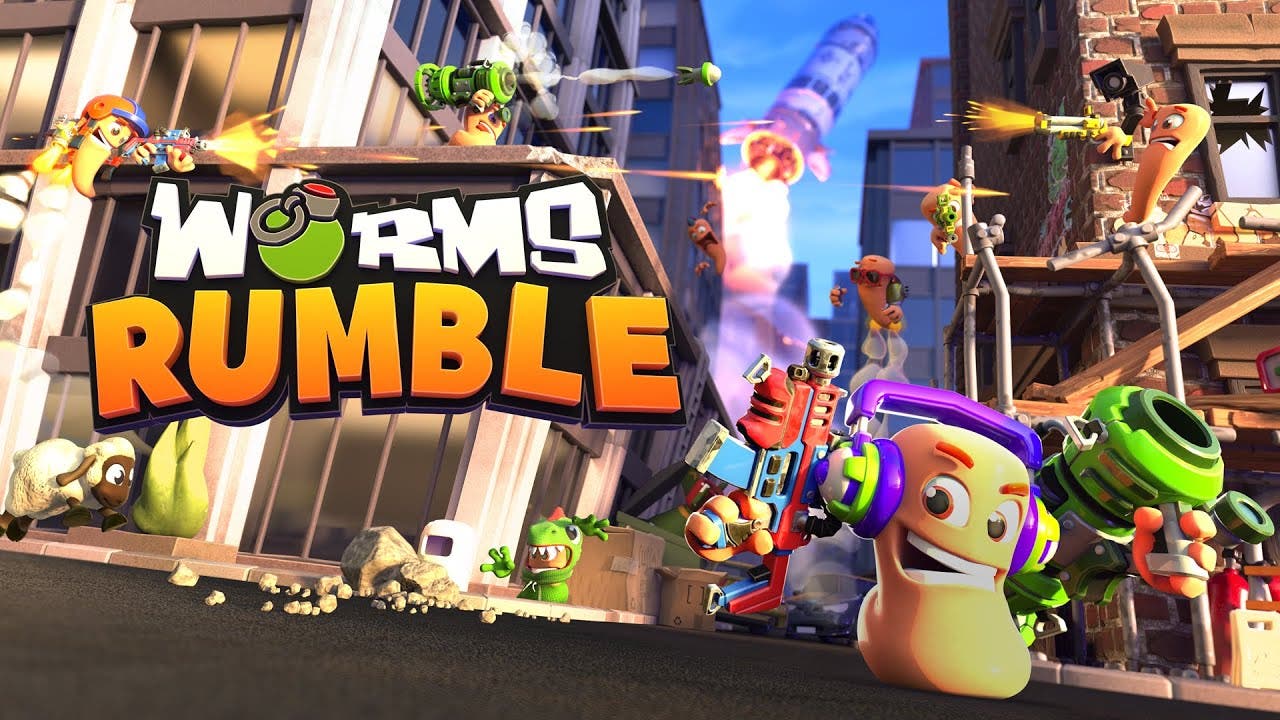 Wednesday, 1st July 2020 – Team17 has revealed the first details of Worms Rumble, the brand-new installment in the iconic and multi-award-winning Worms franchise, which this year celebrates its 25th anniversary. Announced today for PlayStation®5, PlayStation®4, and PC, and set for a late 2020 launch, Worms Rumble will be the first game in the series to feature real-time combat and multi-platform cross-play, with up to 32 players able to take part in matches in a range of arena maps, including a multi-levelled shopping mall – complete with its own ballistic missile silo.

Registration is now open for players to participate in a closed beta of Worms Rumble on Steam, which begins on Wednesday 15th July at 12pm BST and runs through to Monday 20th July at 8am BST. The beta gives players their first chance to take part in the next stage of the Worms real-time revolution.

Worms Rumble will be fully-supported by ongoing, content updates featuring new arenas and customisations. Players will be able to level up their Worm and progress through the ranks, earning new weapons skins and character customisations, accessories and emotes as they go. Today’s announcement reveals some of the weapons making their way into Worms Rumble at launch later this year, including the Baseball Bat, Hand Cannon, Bazooka, Assault Rifle, and Shotgun.

“Yes we teased a new Worms game earlier in the year, and yes some in the community were speculating that we’d be taking the franchise into real-time action – and they were, of course, correct! Worms Rumble represents a significant rethink around the Worms experience, and not just because of the switch from turn-based gameplay. The up-to-32-player online cross-play between generations of PlayStation consoles and PC will unite the community and newcomers to the series in wonderfully Worm-tastic mayhem!”

“Today we’ve thrown an exploding sheep into the room and announced the most significant shake-up for Worms in… possibly ever! Worms Rumble and its real-time gameplay and promise of regular content updates underlines how we’re adapting an iconic franchise and keeping it fresh in its milestone 25th year and beyond.”