Formula One has just begun its racing season after delays for obvious reasons, and F1 2020 arrives just in time to be a great companion for what remains of this truncated season. Thankfully, there’s no shortage of content to be found here, and Codemasters has crafted another masterpiece in F1 2020 that hits all the right notes. This is a Formula One game that’s accessible for all players with casual to pro settings and immersive modes that offer dozens of hours of gameplay. If you’ve been wanting to play this series for any reason, F1 2020 is what you’ve been waiting for. 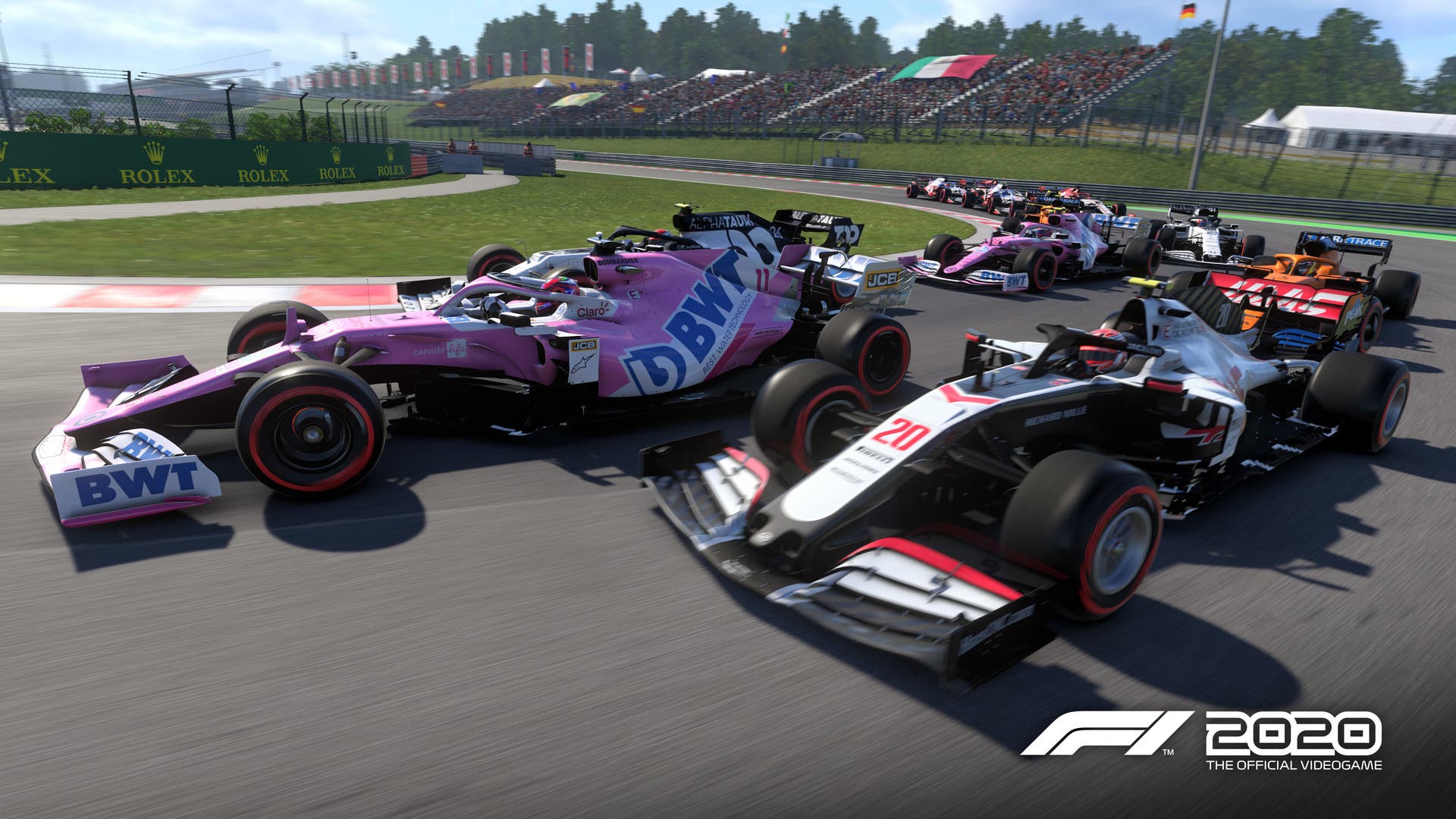 The F1 series has always been steeped in realism and authenticity, but what I think it is has lacked, is immersion. Last year’s story mode was inventive, but not much of a value-add or anything I cared about long-term. So now that’s gone, and in its place is the MyTeam mode. It offers you total control in developing a team all your own from the look to filling the 11th grid slot, complete with a teammate of your choosing, and start making waves. You become invested in every decision on and off the track in ways I haven’t before. Rest assured though that Mercedes’ dominance is well represented both in-game as it is in real-life. But now you can do something about it. With a budget laid out before you, you can take on any engine manufacturer, and with enough time and money make it better than what Mercedes Team can do.

Upgrades are a major part of the game that’s a blend of strategy and what’s available in your bank account. These are two-fold: Research & Development (R&D) is where you’ll improve parts of the car, and have a chance for failure. If it does fail, you’ll have to attempt the upgrade again. The other side of this is the Facilities, here you can spend millions to improve things like fabrication build time, simulator, sponsor relations across Aerodynamics, Chassis, Personnel, Powertrain, Durability, and Marketing. These are more long-term improvements than the short-term of R&D, but they both go hand-in-hand as one affects the other. In your time managing the team, you may need to fire and hire a new teammate, and complete contract negotations. There will be lots of interviews, but they are nearly identical to the interviews that have existed in the past few entries. There’s a lot going on in MyTeam, and it’s extremely well-done. 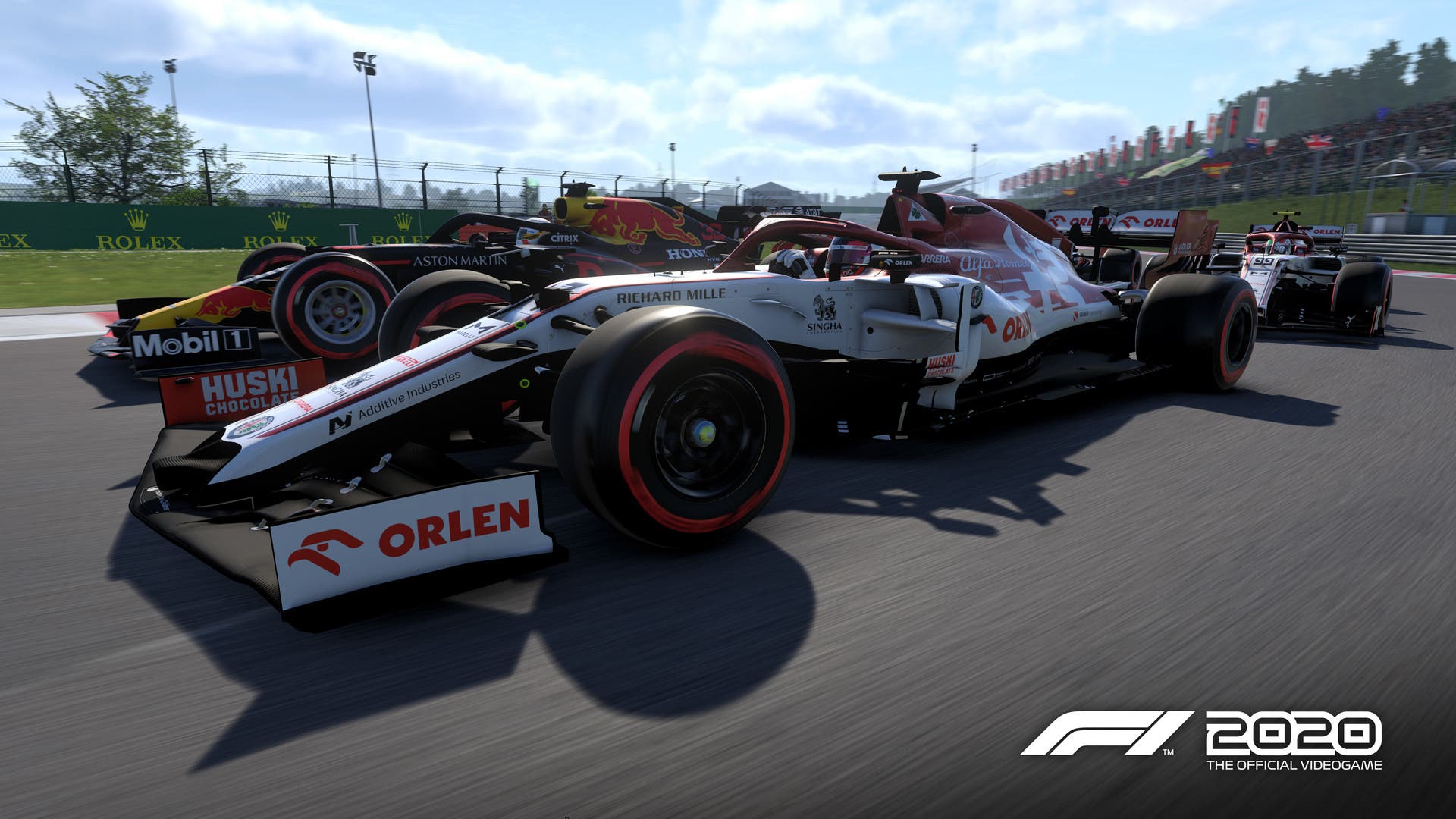 Career mode is a much simplified mode compared to MyTeam, but is still fully featured and offers a ten year cycle. This time around, Codemasters takes Formula Two a bit more seriously. When starting a new career, you have the option to: get a taste of Formula 2 (similar to F1 2019’s career implementation), run with a short F2 season, a full F2 season, or jump straight into Formula One. There’s no right or wrong choice, but you’ll get the most out of the game with choosing the longest of any options. If you’ve created a driver for MyTeam, they will be shared across both modes and gain experience jointly, which is an added bonus.

New to F1 2020 is Casual mode, a new option that you can enable within the assists section of the game. You are presented this option with each Career and MyTeam mode you start new. This serves as the opposite of the pro career (which is still available) as a means to ease players in. With it turned on, grassy surfaces will be easier to drive on, steering assists are available, and AI driver level is lowered. The mode is what it says it is, but makes for great accessibility if the series was deemed too difficult or inaccessible for you before. Aside from casual mode, you can now decide how long you want your seasons to be: the full 22, 16, or a brisk 10 race season.

Grand Prix, Championship, and Time Trial modes make returns, allowing you to race with F1 2020, Classic F1, or F2 2019 cars. Championships allow you to race on legendary tracks, race with classic vehicles, perform a world tour for Formula Two, or take part in Formula One sprint races. The Classic F1 line-up features sixteen classics across the past few decades into the 1980s. Any historical race you take part in represents accurately, down to the monochrome LCDs on the car and in the UI. You can even replay the invitational events that appear in the MyTeam and Career modes. If you somehow don’t have enough to do between the two career modes, these standalone modes offer a lot of extras.

Over the course of a season, you’ll develop rivalries with the likes of Vettel, Hamilton, or someone of racing stature. You’ll then have a season-long rivalries constantly comparing the two of you by what you achieve. It’s a great incentive to want to do better when there’s something a bit personal on the line. This is all bolstered by the fact that the AI is strong, and will give you a legitimate challenge during your time in the game. Multiplayer allows you to compete in ranked or unranked races, or the returning leagues. Also returning is the timed events where you can practice, qualify, and then race based on timers that are pre-set. There’s a dedicated esports section again, for getting news and competing in events.

There’s lots of quality of life features like being able to remove the center bar that was added in 2018 with the real FORMULA ONE. A theatre mode will house highlights you save from your races. And the highly requested split-screen mode returns to the game, but as someone who plays on PC solo, this is not something I spent any time with. 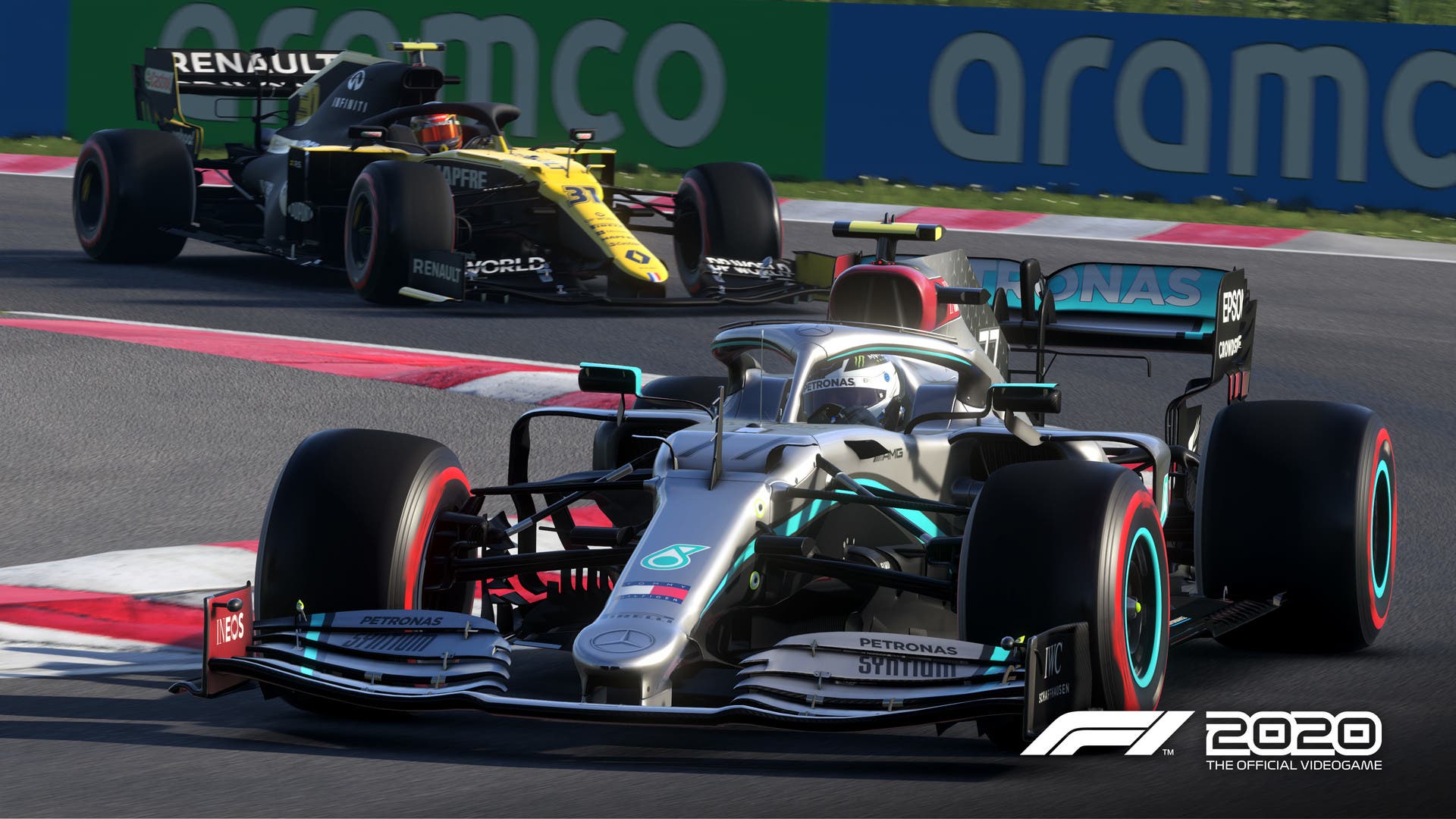 F1 2020 looks absolutely amazing. Every scene is crisp and detailed, full of color and activity. The new Hanoi Circuit and Circuit Zandvoort tracks have yet to be compared for accuracy to their real-life counteparts, but are gorgeous and refreshing to race on. Even in the thick of racing, the game maintains a healthy and steady framerate. I was able to max every setting and achieve 165fps nearly at all times.

F1 2020 is the most accessible Formula One game to-date. And the MyTeam is hands-down the best mode of the past few years. It allows you to forge a path all your own, and truly get invested in the things that take place as both an owner and a driver. Codemasters strips what didn’t work in F1 2019, kept what did, and then built on that. The result is that while the real 2020 season of Formula One is abbreivated, F1 2020 is bigger and better than ever before.