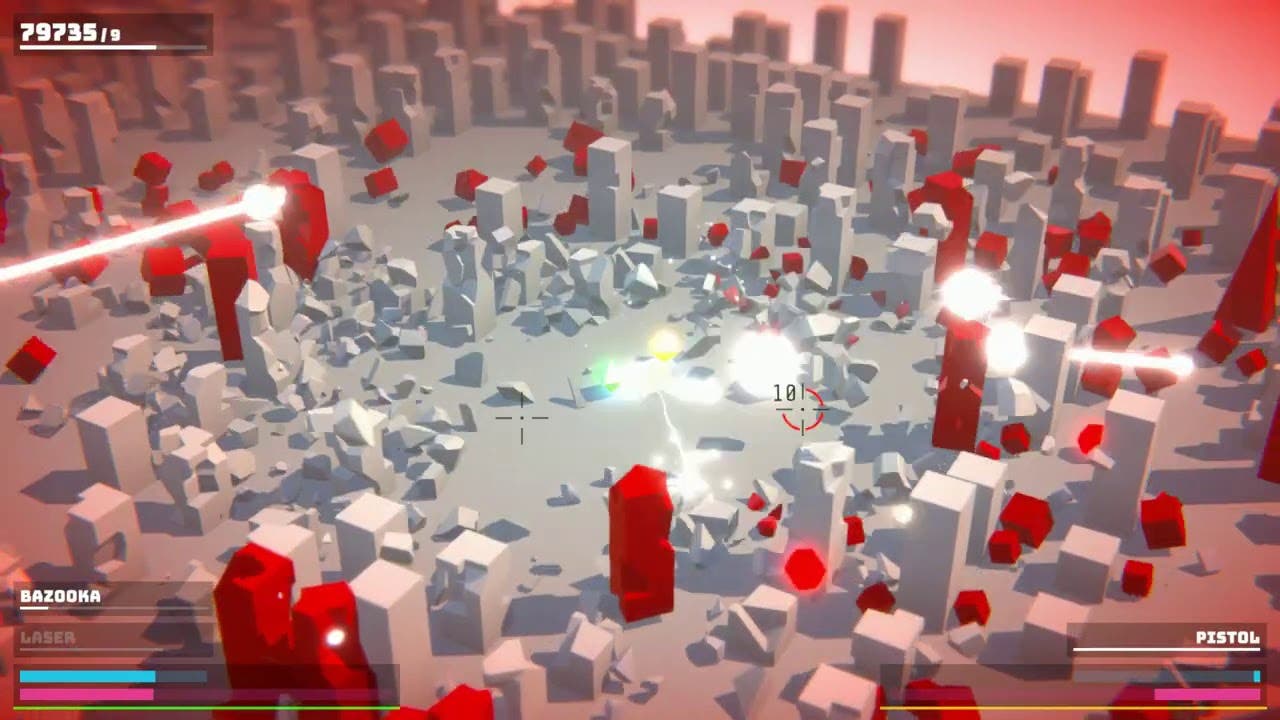 DESTROPOLIS is a top-down shooter, inspired by such classic games like “Crimsonland”, “Alien Shooter” or “Nuclear Throne”. It takes place in a futuristic city, filled with red, cubelike enemies. Shred them to pieces with bullets, lasers and nuclear explosions. Play alone or with friends in a local co-op mode. Destroy as many enemies as you can before they overwhelm you.