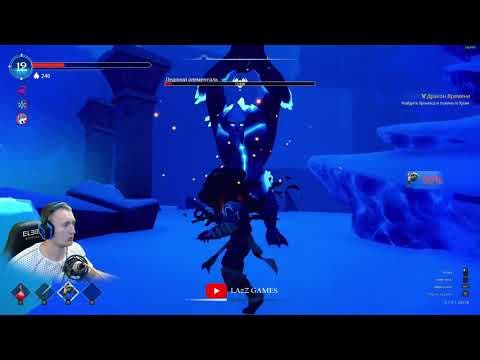 From Press Release:
Moscow, Russia – July 13, 2020 – Dreamside Interactive are pleased to announce their Closed Beta for their multiplayer Survival Action RPG Frozen Flame. From September 15, players will be able to join forces in a grand quest for survival and protection, for both themselves and the very world that they play in. Should they fail, the cataclysm will engulf their world, swiftly ending it!

Building on the solid foundation of the Founders Alpha, the game will include:

Do note that the first players can already get into the game. If you have purchased the Titian Bundle on the official website https://frozen-flame.com/ you will be able to take part in the Founders Alpha, giving you the ability to test and master the game. All other bundles offered on the website will grant access to the game in September. But don’t delay in getting the bundles as come September 15, they will no longer be up for sale.

“We have moved to a new, important stage for our game,” says Sergey Korolev, CEO of Dreamside Interactive. “Already, hundreds of players are playing to conquer the game-world and are uniting in guilds, each of which seeks to fulfill their unique task. Looking at how actively the players go through the first stages, I am filled with pride – people are interested, they do not leave, and we have done and are doing something worthwhile and interesting.”

Frozen Flame is a multiplayer Survival Action RPG that gives you a fresh look at the survival-genre while also adding the depth of a full-fledged role-playing game. Dynamic third-person battles, epic bosses, and dozens of dangerous monsters await you! At higher levels, players can build entire settlements, tame creatures, explore new lands, and conquer dungeons. Fans of PvP have access to battle orders, each of which offers its unique quests and rewards for leveling up the order’s reputation.

Unlock the secrets of the Flame!
A world full of secrets, mysteries, and powerful artifacts await you. Find memory fragments that will help you regain your connection with your past.

A unique combat system that relies on strategic combat
Monsters that have been cursed and driven crazy by their hunger for the Flame roam freely in Arcana – be warned, not even the players will be immune to this gradual corruption.

Every monster type is unique so players will need to customize their approach to combat with unique strategies. What works on one monster may not work on the next one!

Personal goals for each guild
Play alone, in a circle of friends, or join one of the ancient orders that specialize in a specific purpose, whether it is the search for ancient artifacts, the extermination of other Wanderers, or the rescue of the few survivors.

Work to improve your reputation and unlock new opportunities.