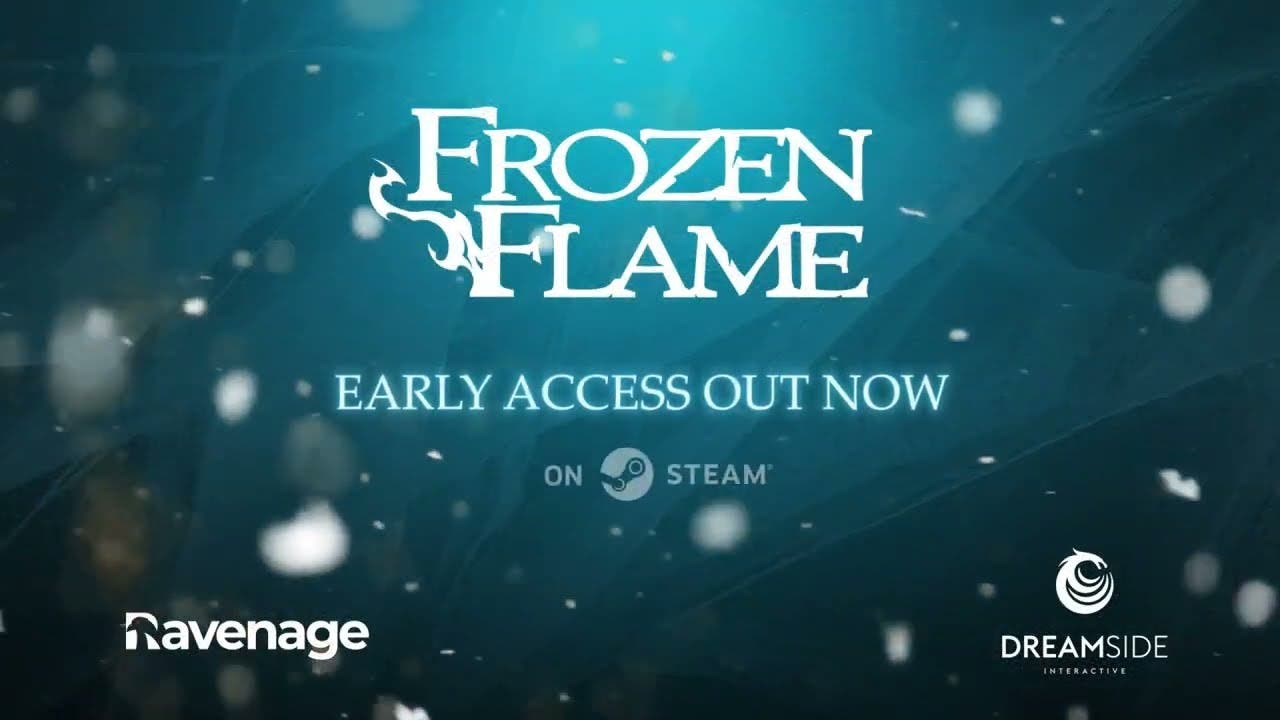 Batumi, Georgia – November 17, 2022 — Publisher Ravenage and developer Dreamside Interactive are proud to open the gates to Arcana, as Frozen Flame is now available via Early Access. The developers have also shared the first iteration of the game’s roadmap showing how Frozen Flame’s challenging blend of exploration and survival will evolve over time!

The Early Access release of Frozen Flame serves as a robust foundation for Dreamside Interactive’s ambitions with the survival RPG, initially offering players an experience that ranges from 8 – 20 hours or more depending on how they play once they enter the world of Arcana. The campaign allows up to 4 players in local co-op and up to 10 players on private servers. The first major Early Access update to Frozen Flame will be a new biome called Dragon’s Grove, which matches the size of Broken Valley, the area currently available for players to explore. Dragon’s Grove introduces more challenges with new enemies, unique to the biome, and players must utilize biome-specific workbenches to craft new armor sets and other items to take them on.

“Dragon’s Grove showcases another layer of the development team’s aim to provide Frozen Flame players with a constantly engaging gameplay experience that keeps them on their toes. And each new biome will provide new quests, enemies, crafting stations and equipment, considerably expanding the game,” says Serge Korolev, founder of Dreamised Interactive. “We’re pairing bespoke gameplay mechanics and unique resources with each major update in order to bring another layer of freshness. We also want to know what players love or don’t love as we continue to evolve throughout Early Access.” Frozen Flame is an open-world survival action RPG set in the vast world of Arcana, an ancient land once governed by the Dragons. The survival genre is ripe with dystopian and horrific settings that is reflected in the grim art design that leans more toward militaristic realism. Frozen Flame captures the fantasy of its vast realm and, while juxtaposed with a challenging survival experience, the vibrant colors and distinct create and character design lean to a more welcoming survival experience.