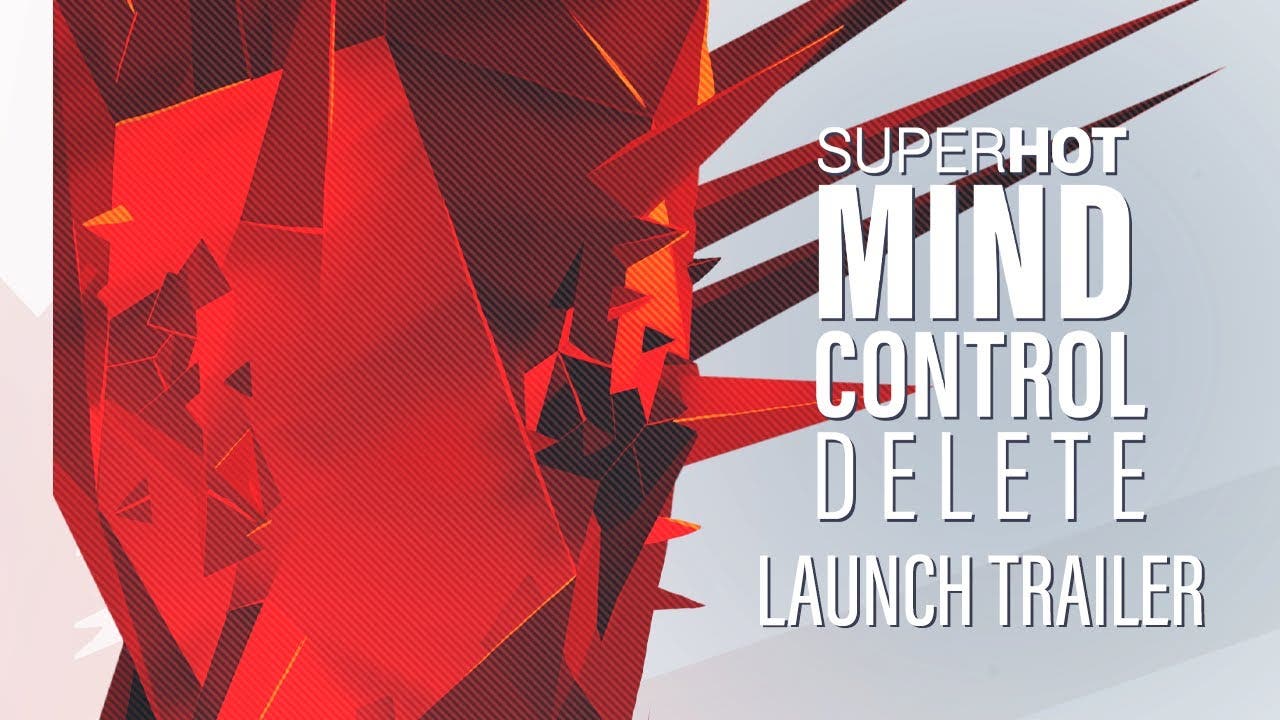 Łódź, Poland – July 16th, 2020 — SUPERHOT: MIND CONTROL DELETE is now available on Steam, Epic Games Store, GOG, Mac, Origin, Linux, PlayStation 4, and Xbox One! The SUPERHOT Team is immensely thankful to the community that allowed it to form and supported it over the years. While this fully-featured, standalone game can be purchased for $24.99 USD, those fans who have already purchased SUPERHOT will receive SUPERHOT: MIND CONTROL DELETE for FREE! The process of getting the free game differs between platforms, so check out the FAQ page on how to get your copy.

MIND CONTROL DELETE is a standalone game set in the SUPERHOT universe. Still outnumbered and outgunned, enemies swirl around you in a storm of slow-motion violence. Battle after battle, each fallen foe pushes you closer to the secrets hiding in the game. You feel an obsession set in. Good, it’s just a game. Good, you can just stop. Built on the foundations of SUPERHOT and SUPERHOT VR, MIND CONTROL DELETE brings you more of the time-bending, blood-pumping action that fans all over the world enjoy.

The third game in the SUPERHOT franchise – MIND CONTROL DELETE gives you more insight into the world of SUPERHOT, more story, more signature gameplay. Keep dancing the slow-motion ballet of destruction for so much longer than ever before.

SOUNDTRACK:
In a first for SUPERHOT Team, a full soundtrack composed by Electronic Music Maestro “Zardonic” launches alongside SUPER: MIND CONTROL DELETE. The standout track SUPERHOT has been hailed by fans as “a total banger”.

Instead of the standard beats and bass drops, the SUPERHOT: MIND CONTROL DELETE soundtrack adds even more distress, anxiety, despair, and uncertainty to the claustrophobic, confined nature of the SUPERHOT universe, built around an unsettling, “musical” motif that will invade your mind until you’re never able to sleep again.