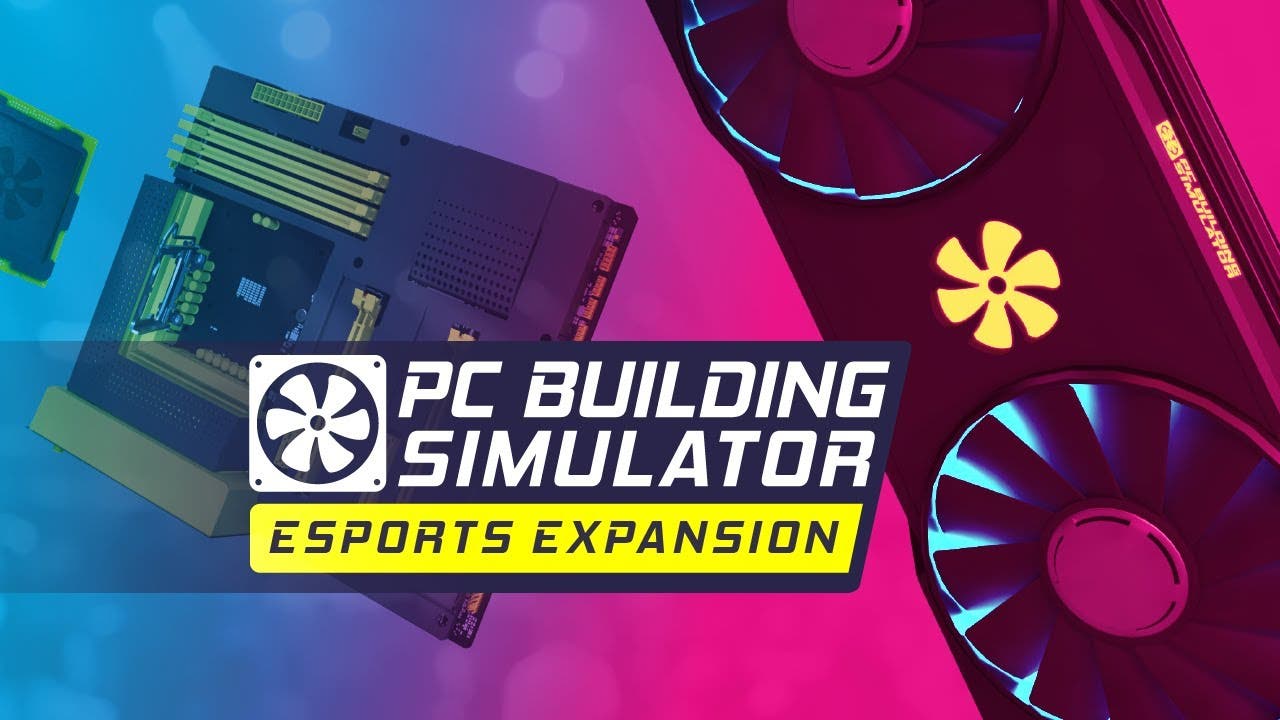 LONDON – August 4, 2020 – Take on an all-new challenge as tech support for a world-class esports team in the hit PC building game. PC Building Simulator – esports expansion is now live on Steam and GOG.

Create, fix and upgrade rigs for professional esports players, and make sure your team rises to the top. This new expansion to the smash hit game puts you in control of building team members’ PCs using real-world hardware and software.

Originally launched for PC in 2018, PC Building Simulator has sold one million copies, and has been lauded by critics for its attention to detail. The game’s new esports expansion takes players down a new and exciting path. Featuring eight esports teams, five games and 13 real-world sponsors including AMD, NVIDIA, NZXT, RAZER and Republic of Gamers, PC Building Simulator’s esports expansion brings an additional 12+ hours campaign mode.

Start with a humble team, and rise up the ranks as you juggle demands from players, sponsors and the manager. Manage the team’s tech budget, put the right sponsor parts in your builds, and try to remain calm when something crucial fails on match day.

Spend the week in your workshop, dealing with emails from sponsors and managers and watching your phone for requests from players. Earn extra money by completing side jobs for players and your manager. But don’t lose focus on the most important task – making sure the team’s rigs are perfect for Saturday’s big match.

When match day arrives, set up and tweak the team’s PCs in the backstage area, juggling last minute demands from tetchy players while keeping image-conscious sponsors happy. Work fast to complete any last-minute jobs before the stage door opens and it’s almost game-time.

Head through the tunnel into the arena, double checking your messages before you set up your team’s PCs on stage. Hang backstage with a coffee while the match plays out. But don’t relax too much – things can go wrong mid-game. Swift action at half-time could save the day for your team, or it could all fall apart.

Help your team win matches and likes will pour in via LinkedIn. Keep it up, and you’ll be offered a promotion, the chance to support higher profile players, gain access to bigger budgets and a fancy new workshop. If your players keep getting results you’ll soon be getting offers from rival teams.

PC Building Simulator is the hit PC building game incorporating over 1000 real world parts from brands like Intel, AMD, NVIDIA, ASUS, Deepcool, EKWB and NZXT. Players can run their own PC business in Career Mode, or build and benchmark the ultimate high end rigs using the title’s Free Build mode. The title has sold a million copies across PC and console.

The main PC Building Simulator game will be on sale at 50% off for the first time, as part of the Steam Midweek Madness sale running from August 4th-8th.