Fall Guys: Ultimate Knockout had 2 million players on Steam in its first week 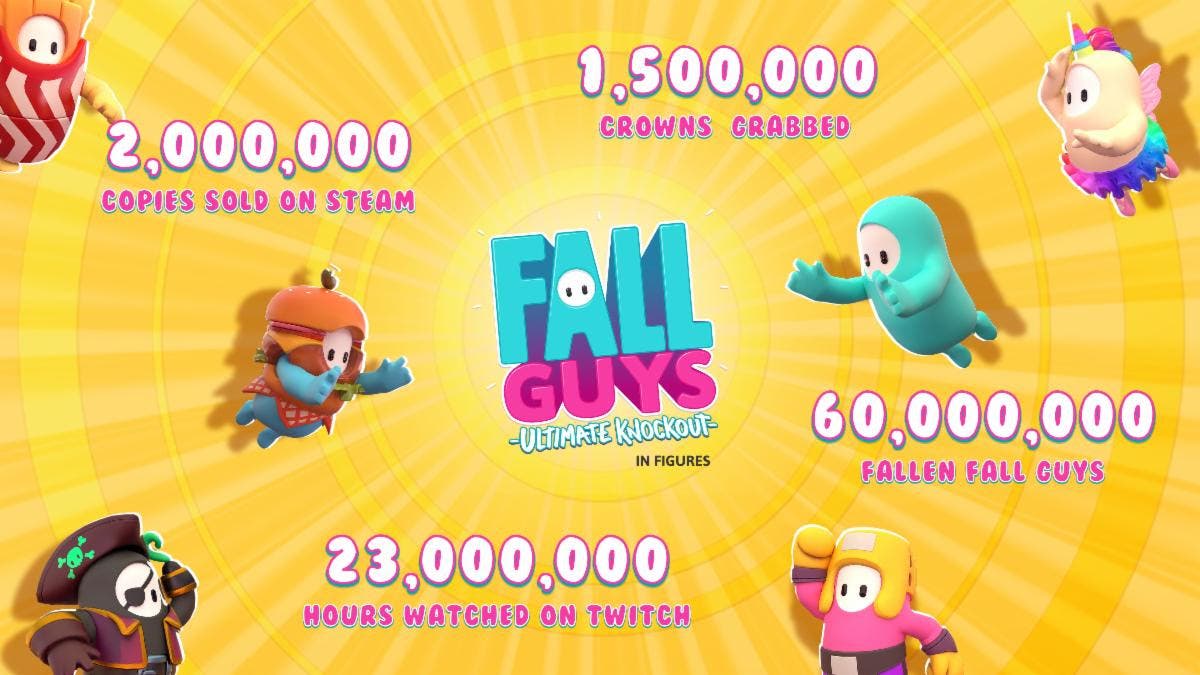 Austin (August 10, 2020) – The euphoric team of Mediatonic and Devolver Digital are thrilled to announce that Fall Guys: Ultimate Knockout has welcomed over 2 million players on Steam since its release on August 4th, making it the companies’ most successful launch ever.

To celebrate the milestone, the dynamic duo has collected a plethora of eye-popping Fall Guys figures from the game’s launch week in a transparent attempt to garner even more attention for their little jelly beans.

“It has been overwhelming and humbling to watch the launch and reception of Fall Guys. We’re incredibly grateful to all of our players for their support and have big plans for the game in the future,” said Mediatonic’s Co-Founder & Chief Games Officer, Paul Croft. “We’re thrilled by the response and can’t quite believe how beloved our little jelly beans have already become.”

Fall Guys has also garnered critical acclaim from gaming and mainstream media, as well as grabbing the attention of the world’s most watched streamers on it’s unstoppable stumble toward greatness.

Fall Guys: Ultimate Knockout is out now on PlayStation 4 and PC via Steam. PS+ subscribers can jump in for FREE throughout August. Stumble over to fallguys.com, join Discord and follow @FallGuysGame for regular updates and prepare for your inevitable failure in front of the whole world.