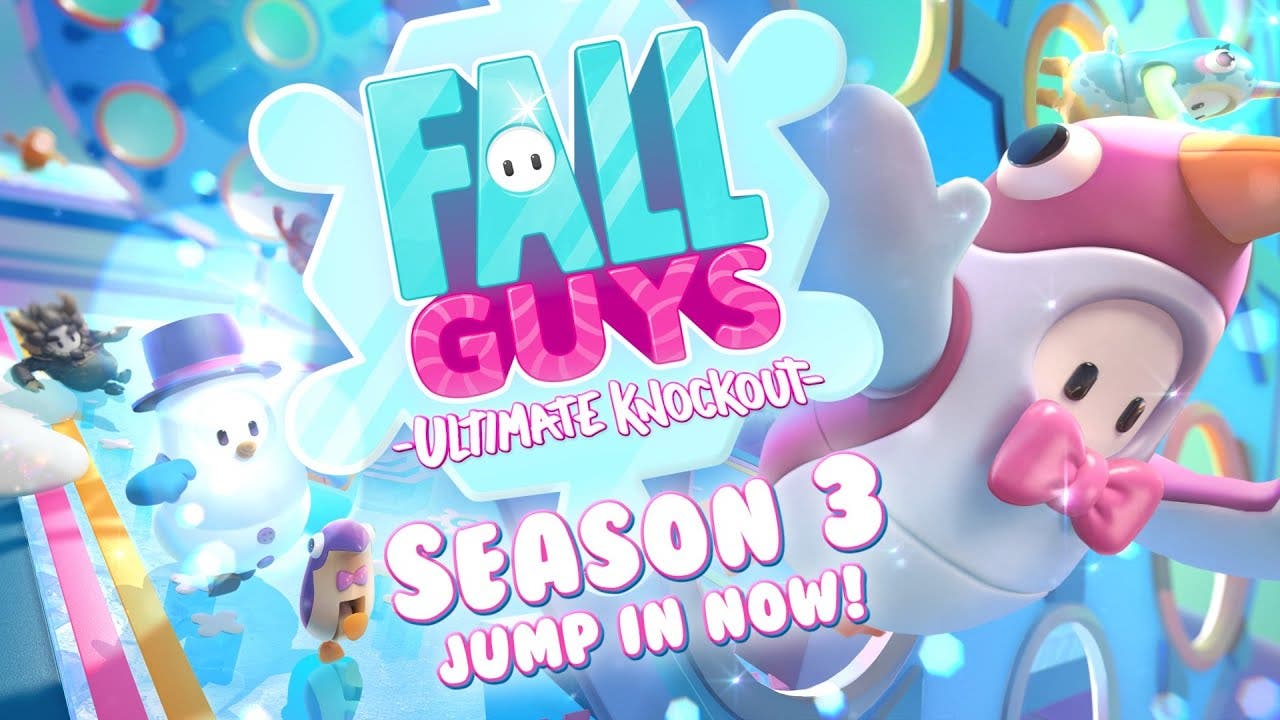 From Press Release:
AUSTIN (Dec. 15, 2020) – Fall Guys: Ultimate Knockout Season 3 is now live and decking the halls with wintry wonders today, delivering a flurry of festive mayhem including new rounds, dozens of fresh costumes, and a whirlwind of new features that are truly the snowy peak of Fall Guys tomfoolery. Be sure to wrap up your beans and get ready to slip, stumble and slide your way to the crown.

In addition to all of the fancy new features, the Mediatonic team has also been hard at work making several improvements to the game, all of which is covered in this Season’s extensive patch notes.

Fall Guys: Ultimate Knockout is out now on PlayStation 4 and PC via Steam. Stumble over to fallguys.com, join the Discord, and follow @FallGuysGame for regular updates and to continue your inevitable failure in front of the whole world.