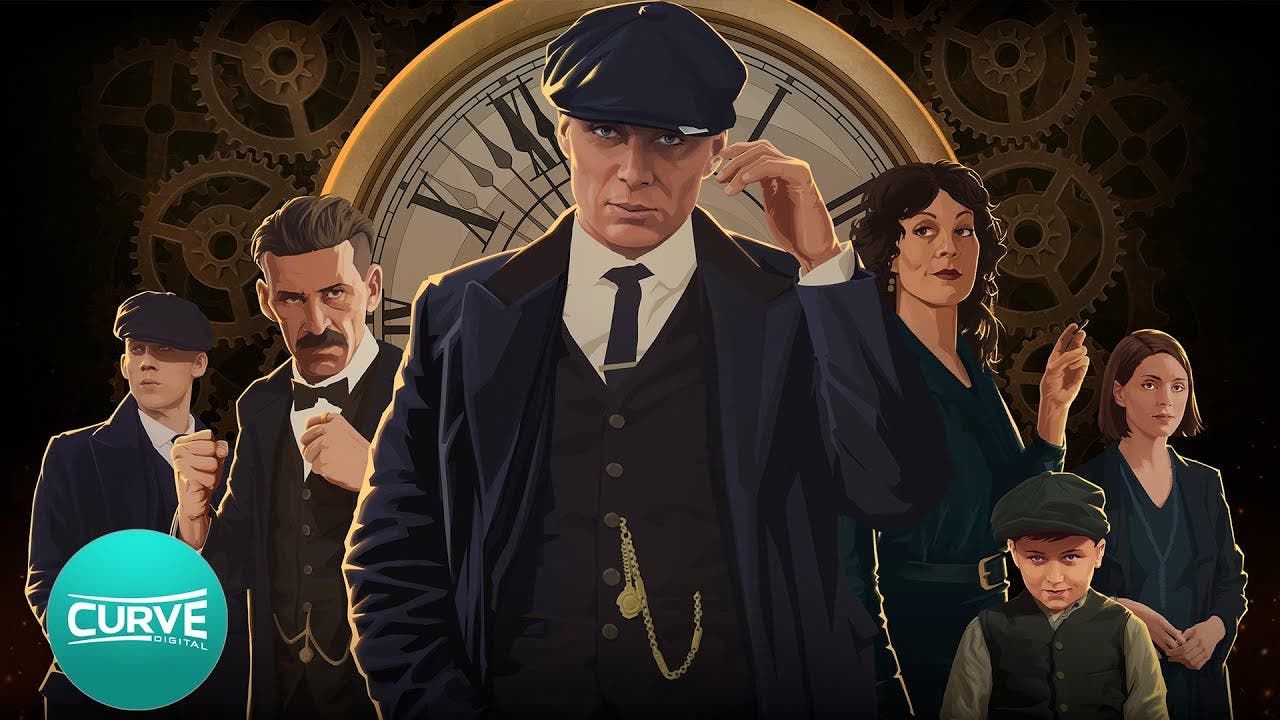 Peaky Blinders: Mastermind, a puzzle adventure based on the TV show out now on PC and consoles

London, UK – 20th August, 2020: The first ever video game based on the award-winning television series Peaky Blinders – one of the most popular dramas on global TV in recent years – Peaky Blinders: Mastermind is out today on Xbox One, PlayStation 4, Nintendo Switch, and PC. The game is being published by Curve Digital and has been developed by award winning indie studio, FuturLab in collaboration with the creative and production teams behind Peaky Blinders, the independent production company Caryn Mandabach Productions.

Peaky Blinders: Mastermind is a puzzle-adventure game based on the multi-award-winning TV show where players will pull the strings, as Tommy Shelby and his gang seek to take control of the streets of Birmingham in the early 20th century.

Set right before the events of the first season, players will join the Shelby family’s criminal organisation as they discover a sinister plot to put Tommy out of business. The game taps directly into Tommy’s talent for planning complex scenarios in his head, with players forming strategies by taking control of key members of the Shelby family down on the ground.

Peaky Blinders: Mastermind will allow players to set and rewind each character’s path in order to tune all of their actions for perfect coordination, tactically utilising characters and stealth to solve increasingly complex puzzles.

“After having the pleasure of working with this license, we’re super excited to see the hard work from all involved come to fruition today. Our concept came down to a simple idea at the heart of the show: The Soldier’s Minute; where everything in a battle can be decided. This idea inspired us to offer the player an opportunity to feel as smart and powerful as Tommy Shebly, coordinating all the Peaky Blinders to pull off daring acts in perfect sync..”

“There’s often scepticism about licensed titles, which is why we have been so delighted to work with FuturLab and their concept – The Soldier’s Minute – it felt like a fresh, innovative approach to how to design a licensed game, and was clearly a perfect fit for the franchise. We hope the game resonates with fans now that they can get their hands on the title.”

“James and his team at FuturLab found an ingenious way to take the DNA of Peaky Blinders and turn it into an utterly compelling game. I’m thrilled beyond measure that both fans of the show and players new to our world will finally be able to experience it for themselves.”

In Peaky Blinders: Mastermind players CAN:

Peaky Blinders Season 1 to 5 are currently on Netflix in the UK. The fifth season launched on BBC One in autumn 2019 to its highest ratings yet.

Endemol Shine Group represents a range of global ancillary rights for Peaky Blinders which is distributed by Endemol Shine across more than 180 countries.

Peaky Blinders: Mastermind is available on PlayStation 4, Xbox One, Nintendo Switch, and PC (store.steampowered.com/app/1013310/Peaky_Blinders_Mastermind) from today.