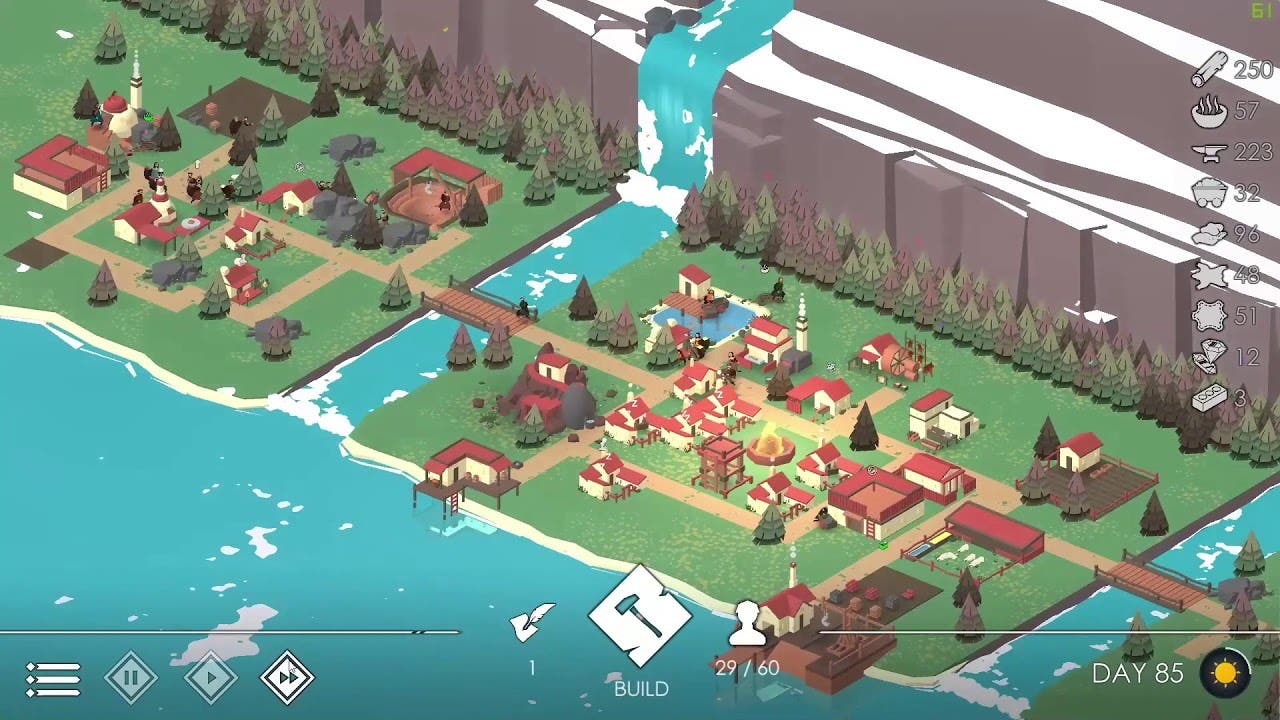 The Bonfire 2: Uncharted Shores puts you into a procedurally generated map, where you’ll need to explore both land and sea to find resources and build your community. Exploration of the uncharted lands is key to your progress in the game; you’ll find new cities to trade with, new dungeons to explore, and new shiny loot to collect.

At night, things get a little darker when gameplay becomes more survival orientated, with ghastly beast looking to visit your town. Effective management of your workers and community, as well as the organisation of your defenses, are key to surviving in The Bonfire 2: Uncharted Shores.

Every member of your growing community is as unique as the lands you’ll be exploring, as they each come with their own set of generated stats, from strength to agility. Managing your community and tending to their needs, such as hunger and health is vital to aid them in leveling up. As your ‘army’ levels up you’ll be able to craft and equipped new armor and weapons, allowing you to explore the further reaches of the uncharted shores.

Developers Xigma Games have a lot more content planned for The Bonfire 2: Uncharted shores including new locations to explore, new dungeons to loot, and new gear to craft. All future content for the game will be available as a free download for all owners of the game.

Since it’s launch, Xigma Games have supported The Bonfire 2: Uncharted Shores with some player feedback patches, included adjustments to the pathfinding systems and other minor bugs players were experiencing.

The Bonfire 2: Uncharted Shores is featuring as part of Gamescom online. During the online event of Europe’s largest game show, taking place between 27th August and 30th August, you’ll be able to try the game for free through a timed demo, which is also available on Steam.