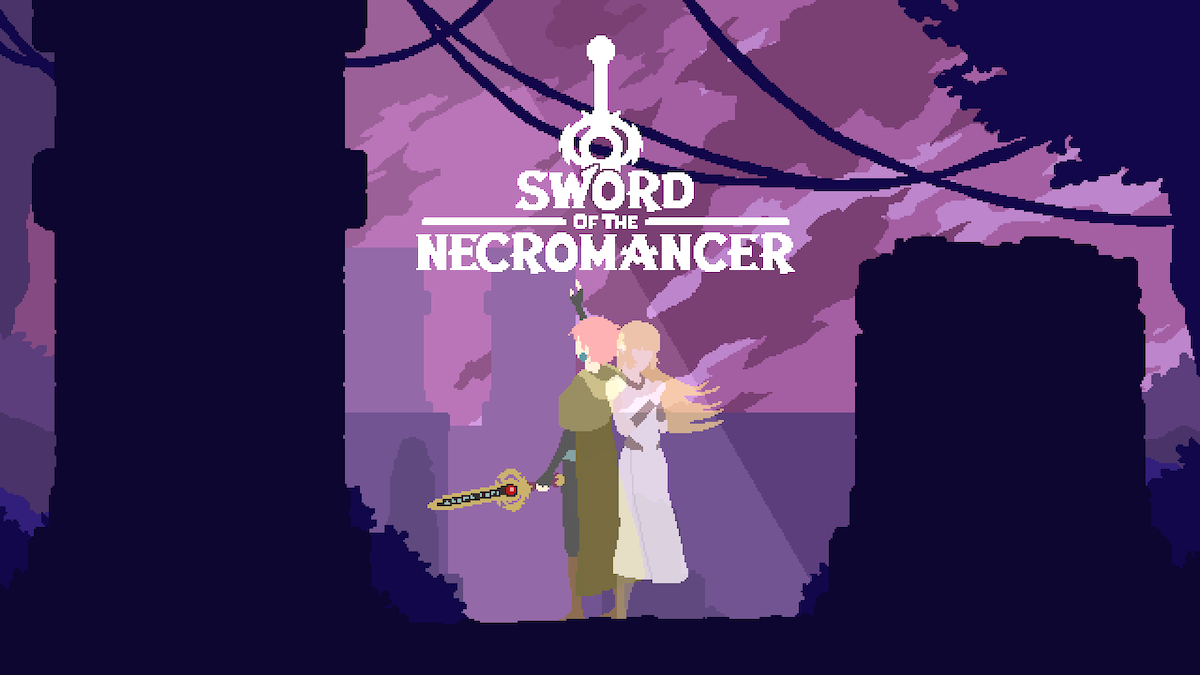 From Press Release:
Barcelona, Spain – August 27th, 2020 – JanduSoft S.L and Grimorio of Games have teamed up to bring you a sneak peak of their dead raising roguelike Sword of the Necromancer. While the full launch will happen later this year on PlayStation 5, Xbox Series X, PlayStation 4, Xbox One, Switch, and PC, players will have a chance to play an early demo of its open beta starting today. Just go to the game’s Steam page between August 27th at 10pm CEST – August 30th at 12am.

In this demo, players will be able to go through the game’s first dungeon and face off against its first boss. Here you’ll learn the ins and outs of necromancy as you forge an undead army.

Sword of the Necromancer casts players in the role of Tama, a former rogue determined to resurrect her charge, the priestess Koko, who she swore to protect along her pilgrimage. This brings Tara to a legendary crypt that’s rumoured to hold the power to raise the dead.

It’s here where Tara obtains the sword of the necromancer, a cursed relic that can resurrect dead monsters… and  turn them into allies in the process. Every enemy you defeat can be transformed into a companion, so it’s up to you how to amass your beastly party.

In addition to monsters to recruit, Tama can also fight using a large variety of weapons, ranging from swords to spears to bows. Nothing lasts forever though, as every time you die you lose all your gear of half of your level. Or you could maintain your gear at the expense of losing all of your level. The choice is yours! And if you’re really feeling adventurous, Tama can clone herself, allowing for a friend to jump in for some two-player local co-op.

“We’ve been a big fan of action roguelikes like Enter the Gungeon and The Binding of Isaac, so we wanted to make something that took what made these games great and add our own unique spin on it,” said Jose Antonio Andujar Clavell, CEO and founder of JanduSoft S.L. “And for us, we thought it would be cool if you could turn the very monsters that were just trying to kill you into weapons that could be unleashed against the opposition. We think this gives Sword of the Necromancer a lot of strategic depth, as you must decide which foes are worth the risk of fighting. Bite off more than you can chew and you’re a goner. But if you emerge victorious you’ll have amassed a major asset to your arsenal!”

Add Sword of the Necromancer to your Steam Wishlist: https://store.steampowered.com/app/1243890/Sword_of_the_Necromancer/

For more information about Sword of the Necromancer visit: https://grimorioofgames.com/projects/sword-of-the-necromancer/