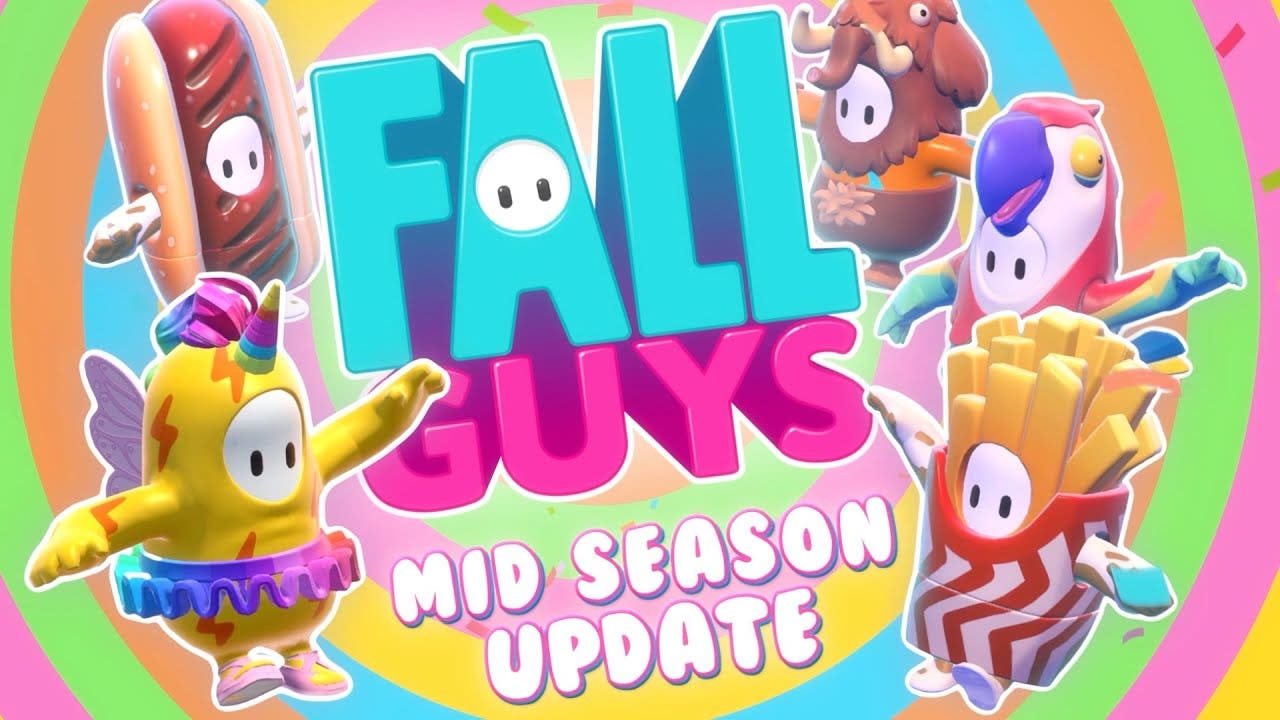 AUSTIN (Sept 15, 2020) – Fall Guys: Ultimate Knockout’s fusion of TV show obstacle course mayhem with a ‘battle royale’ quest for the crown has been delighting players, and today’s mid-season update adds a whole new layer of colorful chaos, full of fiendish takes on familiar rounds and some surprising twists to keep those jelly beans on their toes.

But that’s not all – Mediatonic has also implemented Epic’s Easy Anti-Cheat in order to combat players using tools that hook into the game to apply hacks to our unsuspecting Fall Guys. Easy Anti-Cheat is used by the best in the business and will mean our jelly beans receive the very best protection from the bad eggs seeking to exploit them.

Round variations – expect the unexpected

Players will quickly realize that all is not what it seems in The Blunderdome. Familiar favorites will have to be tackled in all new ways, with the addition of dozens of obstacles, dizzyingly random rotations and, of course, plenty of tumbling fruit. And what’s more, players will have no idea when these changes will occur – no bean’s dignity shall be spared.

The Mediatonic team has been implementing hot-fixes and tweaks to improve the Fall Guys experience since day one, and today’s major mid-season patch continues this quest. Players can expect changes to enhance server stability, nifty VFX improvements and a whole lot more to make Fall Guys just that little bit smoother.

There have been rumblings across the community about a certain large and rather aggressive hammer obstacle roaming the rounds, apparently intent on causing further mayhem for the Fall Guys. Details are sparse, but one thing we do know is that their name is Big Yeetus and they’re a-coming.

Fall Guys: Ultimate Knockout is out now on PlayStation 4 and PC via Steam. Stumble over to fallguys.com, join our Discord and follow @FallGuysGame for regular updates and continue your inevitable failure in front of the whole world.