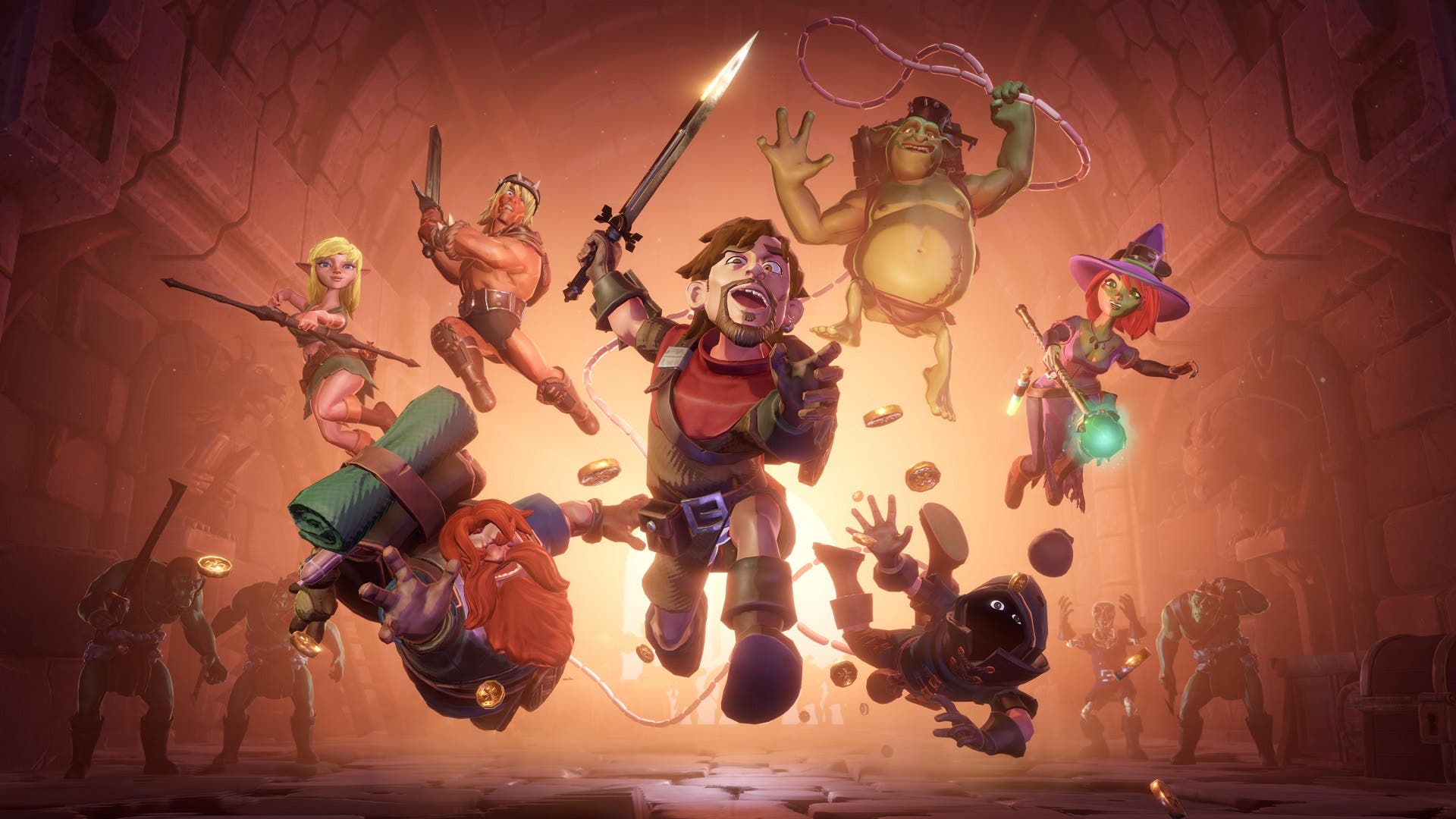 The Dungeon Of Naheulbeuk: The Amulet Of Chaos Review 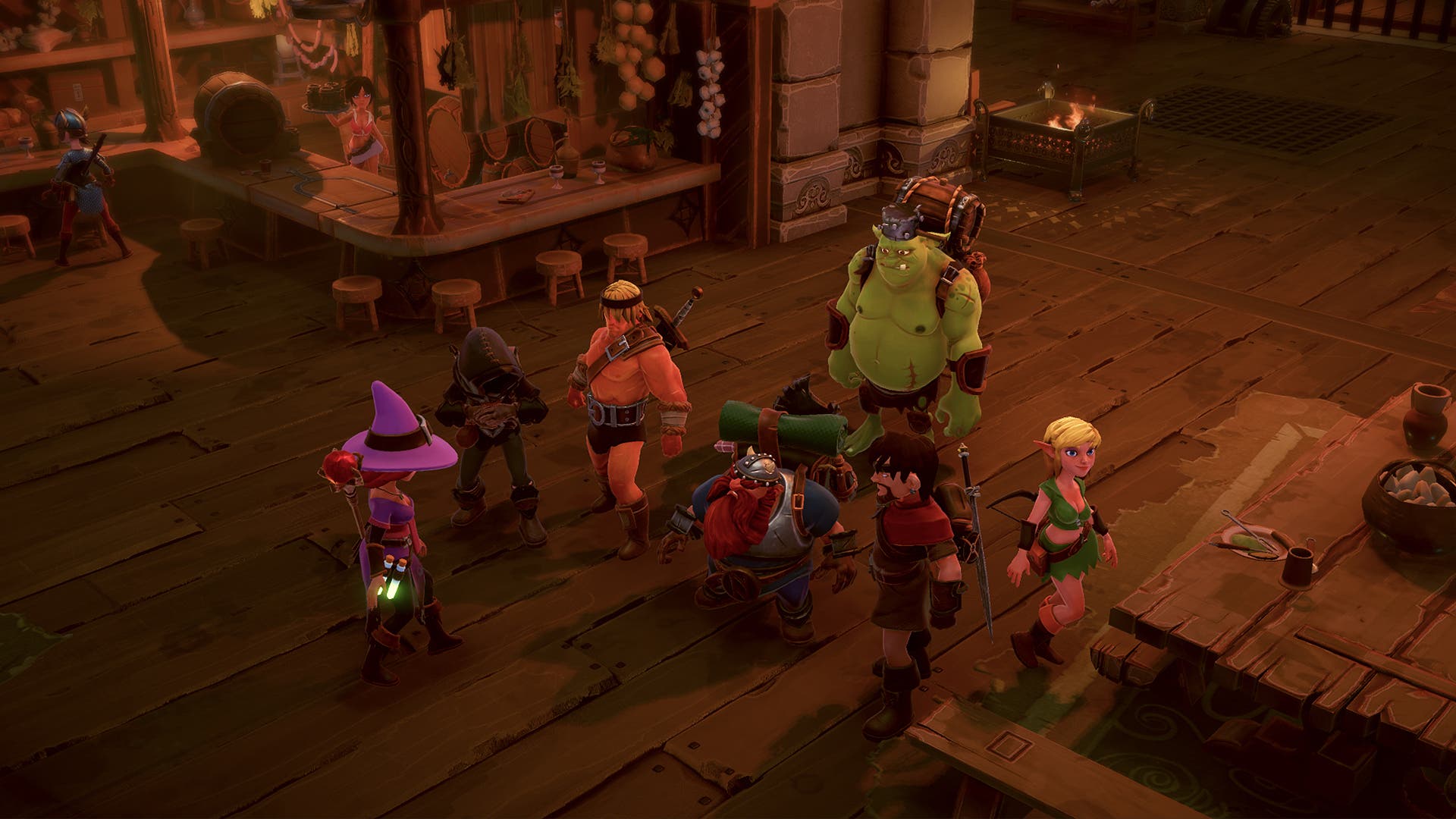 Unlikely heroes are a trope, and thanks to the quick broaching on the topic using humor, it works pretty well here. Every hero here is fallible, and more regular than a chosen one, or many. This is all based on French author John Lang’s Le Donjon de Naheulbeuk parody audio series. The story introduces you to the big bad Zangdar, and you’re let loose into the titular Dungeon Of Naheulbeuk to get your party back together after being temporarily split up. This is a neat way of doing a tutorial, and introducing you to each character and their abilities. Now, the tutorial sets you up for specific encounters, in practice they happen less often. This is all backed by a narrator, who sounds like they could be the dungeon master of a Dungeons & Dragons game which this is so clearly inspired by.

Now, this is a tactical, turn-based RPG. There’s several difficulties in the game, but I kind of don’t know what they do because each option I could select had default text with no flavor to it. I chose the second one, right above the “story” mode which I assume is an easier take on combat and lets me enjoy a bit more of the story. When combat begins, time stops and you’re able to place your party into cover, or places that are advantageous to their abilities. Upon pressing ‘Start Combat’, encounters begin and the sequence of events is split between enemies and friendlies. 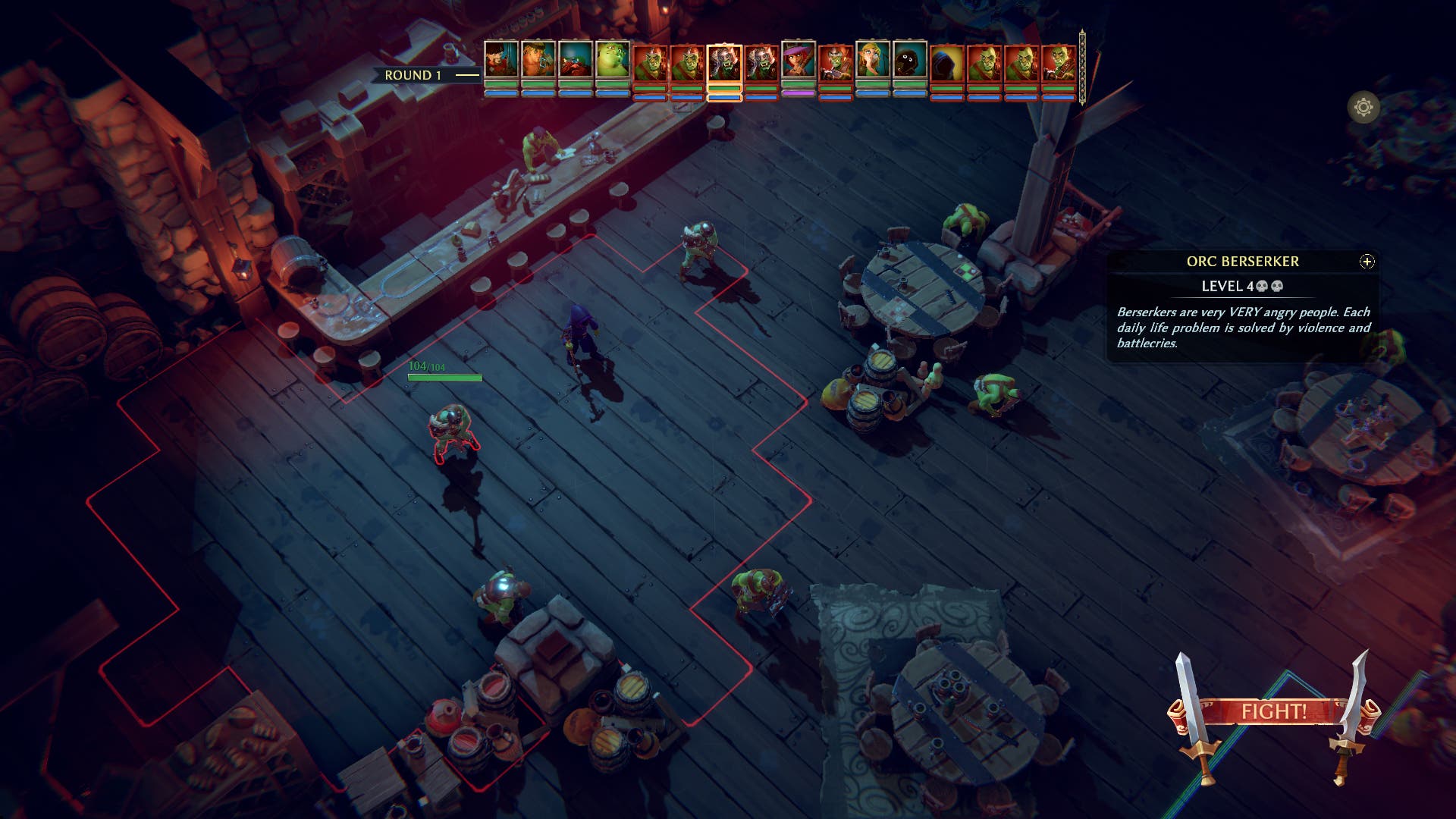 You get two action points per turn, one to move and one to use a combat action. You can spend both points by sprinting, or using a special ability. Each combat encounter has victory conditions, but in most cases revolve around dispatching every enemy in the room with few deliniations from there. You can team-up with nearby allies to do a combined attack, or when doing overwatch, can execute an attack of opportunity. All of this works both ways, as enemies will do the same to you, so you have to be really cautious of positioning. And there’s a lot of enemies, and bosses to fight. Each are distinct and offer unique encounters to learn their weaknesses and how to effectively fight them. Environmental attacks are big in the game, everything from poison to fire, along with throwables that can do massive damage.

There are things about the combat that I don’t like. This is not an easy game, but it takes cheap shots when it can. Enemies have too many hit points from the start of the game, making battles take longer than they should. The most egregious thing it does is put you through back-to-back fights without rest or recovery, not even an auto-save. I really don’t like it, and it just feels like a chore to get through. Thankfully, there’s a lot to The Dungeon Of Naheulbeuk: The Amulet Of Chaos that I do like. The synergy of the combat, the unease of how encounters will go, and the ultimate victory makes it all worth it. 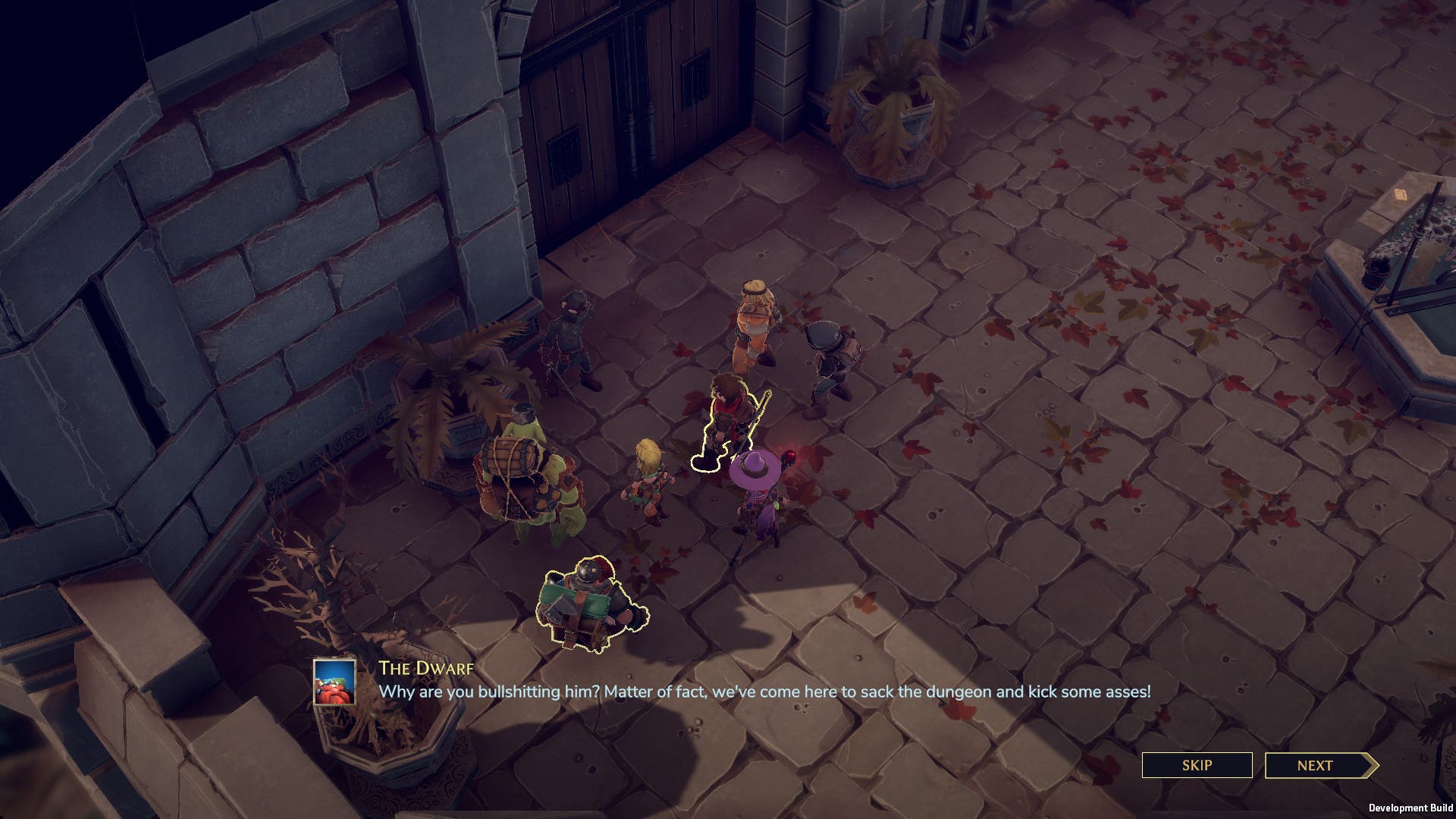 The game offers main quests to follow, as well as side quests. The side quests offer little substance, but are worth doing for the XP that you get for them. The main quests are the bulk of the game, and there are many over several chapters. It’s a shame that all too often that the humor gets in the way of the seriousness in the action, and vice versa. All-in-all, there’s a really good vibe and atmosphere to the game. When you reach the inn for the first time, the music and ambient noise really feels like you’re there. Exploration is pretty key in the game, with seven levels of this “dungeon”. By using the thief as the leader, they can detect and disarm traps, while also finding undiscovered treasures. Level the ogre up, and they can break through wooden doors and later metal ones. You can talk to almost everyone and hear something interesting or weird altogether. There’s lots of variety and discoverability within the halls.

As you level up characters, you’ll have attribute points to spend in particular ways, but sticking close to their highest skills will give you the most mileage. Then you have active and passive skills. Spending these points open up a characters combat or support abilities to get you through any encounter, and everyone offers something different that it becomes real exciting to unlock something new for them. 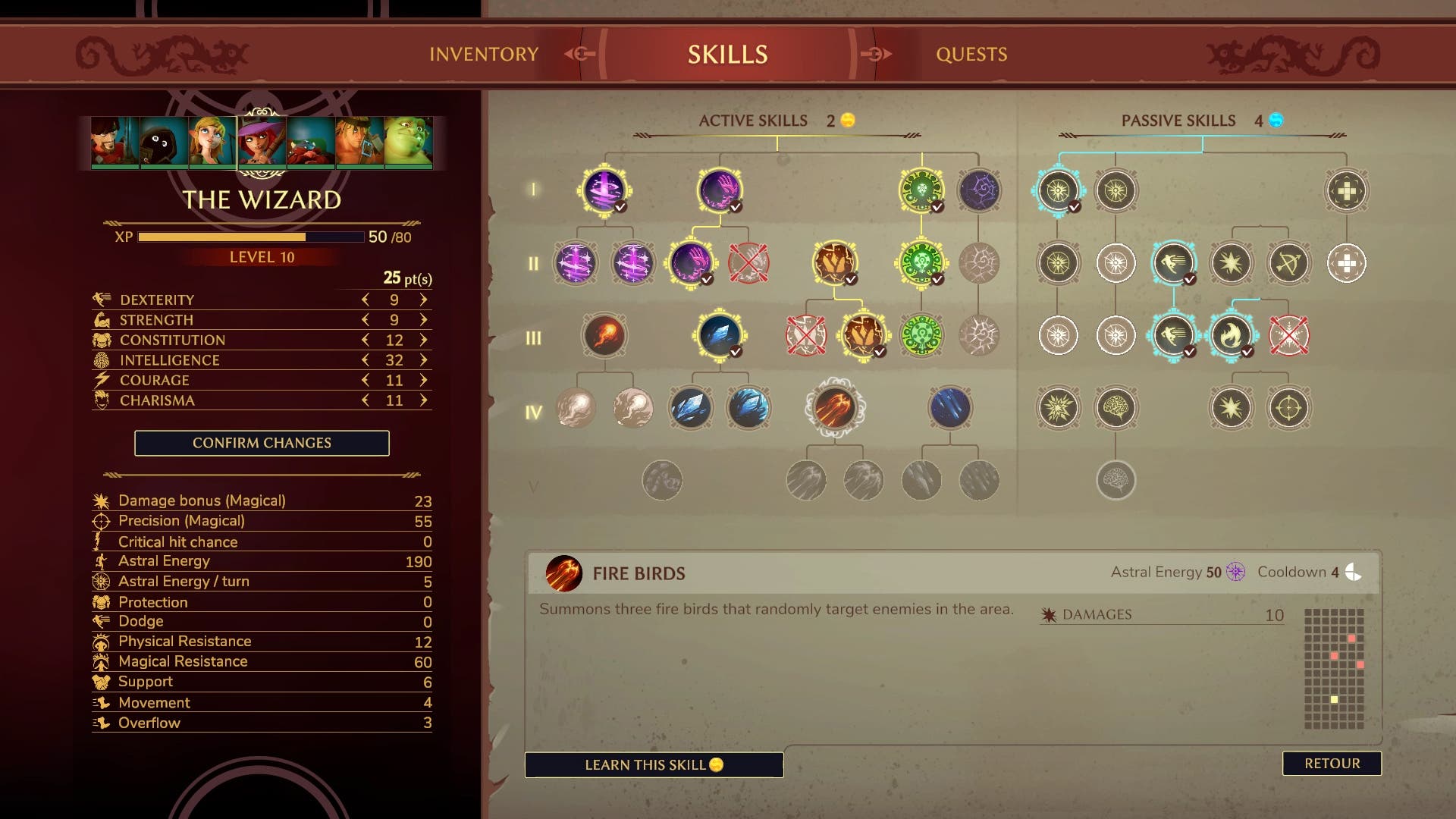 Introduced early on in Chapter 2, is The Randomia Gauge. It’s a meter that fills up with every unlucky event or failure. During combat, there’s a chance (a behind-the-scenes dice roll) that your character may critically fail their upcoming action. If they do, they get hurt, take damage, or worse, die. These add up over time and you can eventually cash them in. You can use the meter one pip at a time, or use all four together to revive party members and give the team a buff. It can also be saved for future battles if you don’t necessarily need to use it. It doesn’t feel like a crutch due to how slowly it fills up an infrequent critical failures and events occur. It’s a really neat system all on its own that I’d like to see make its way into other games.

The Dungeon Of Naheulbeuk: The Amulet Of Chaos feels a bit under-cooked. One thing that happens a lot is that the camera can sometimes get in the way of the cinematic kills. One way around that is to turn them off entirely, but the game wants you to see them. It’s unfortunate that there’s some missing text, wrongly counted levels of the lift, and crashes to desktop. The game crashes are the most problematic, but don’t occur too often. It’s just a shame these issues even exist. 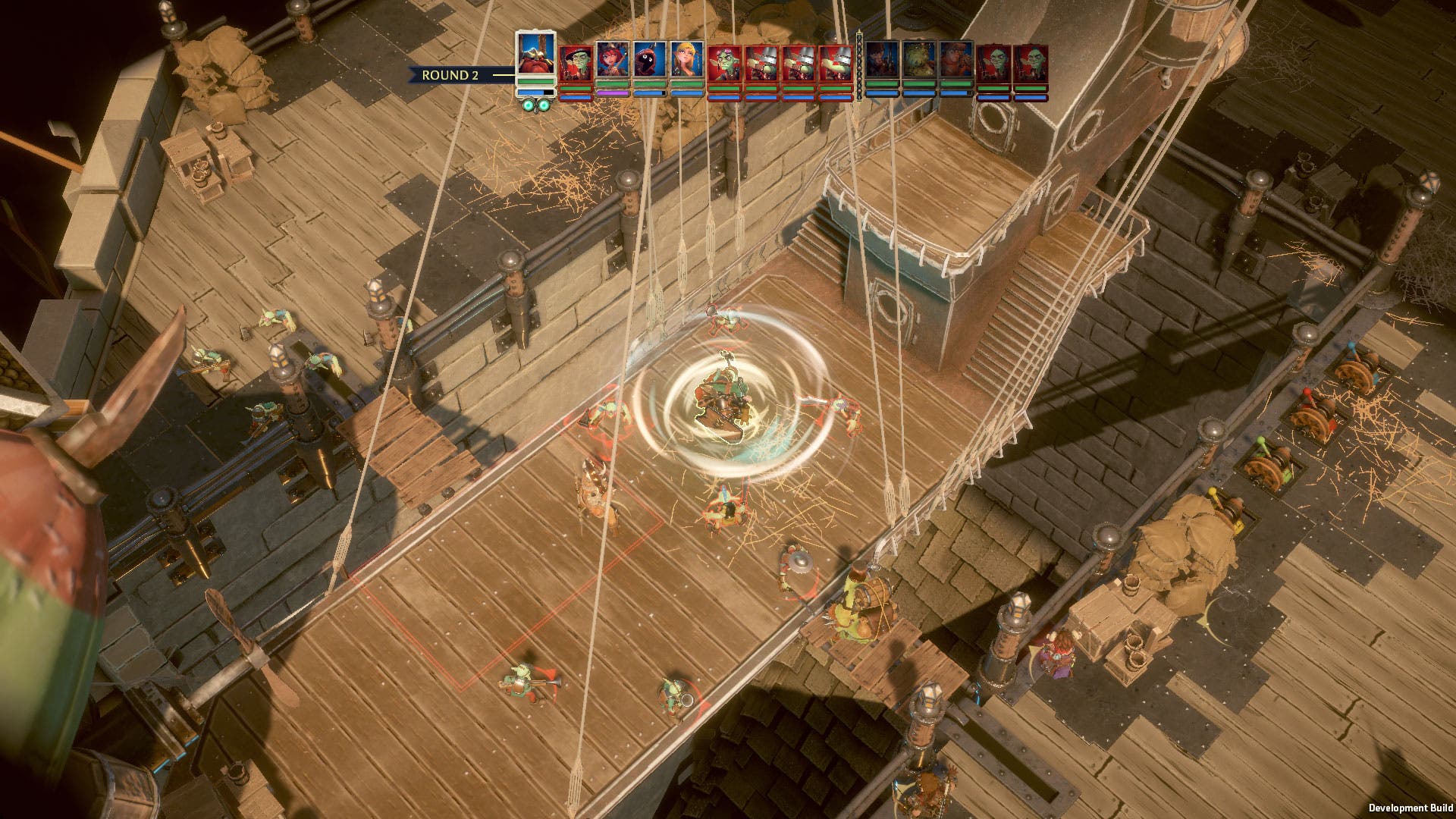 The game has a good look and sound to it all, but with everything maxed, the game barely holds 65-70fps from basic traversal to combat. It’s an uneven experience, and one I’d expect to run at higher framerates. Even with two types of anti-aliasing turned on, there’s jagged edges in almost every scene. Aside from that, if you cap your framerate to 60fps, these issues might go unnoticed or be less bothersome. But it just doesn’t seem like this game should be running this slow. 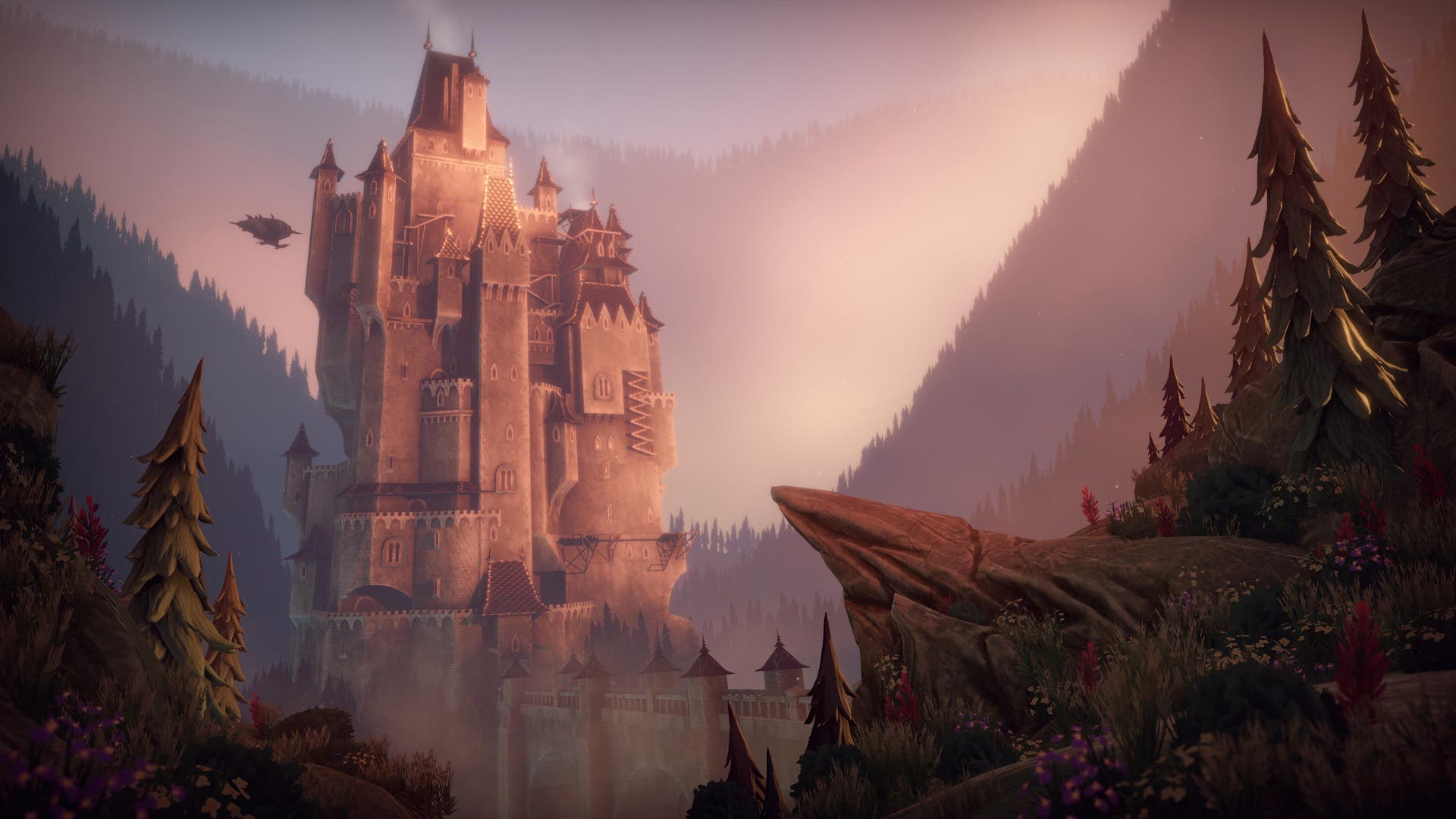 Is a dungeon still a dungeon if the majority of the levels are above ground? Well, the game doesn’t seem to need or want to answer this. When The Dungeon Of Naheulbeuk: The Amulet Of Chaos isn’t crashing or displaying incorrect text, it’s actually a challenging game that provides some well-earned laughs. The combat can be lengthy, and even sometimes frustrating, but very rewarding when you scrape by with a victory. When you divorce the conflicting ideas being humorous and a hardcore tactical RPG, while ignoring the graphical faults, there is an enjoyable game in The Dungeon Of Naheulbeuk: The Amulet Of Chaos. You just have to dig a bit deeper to find it.