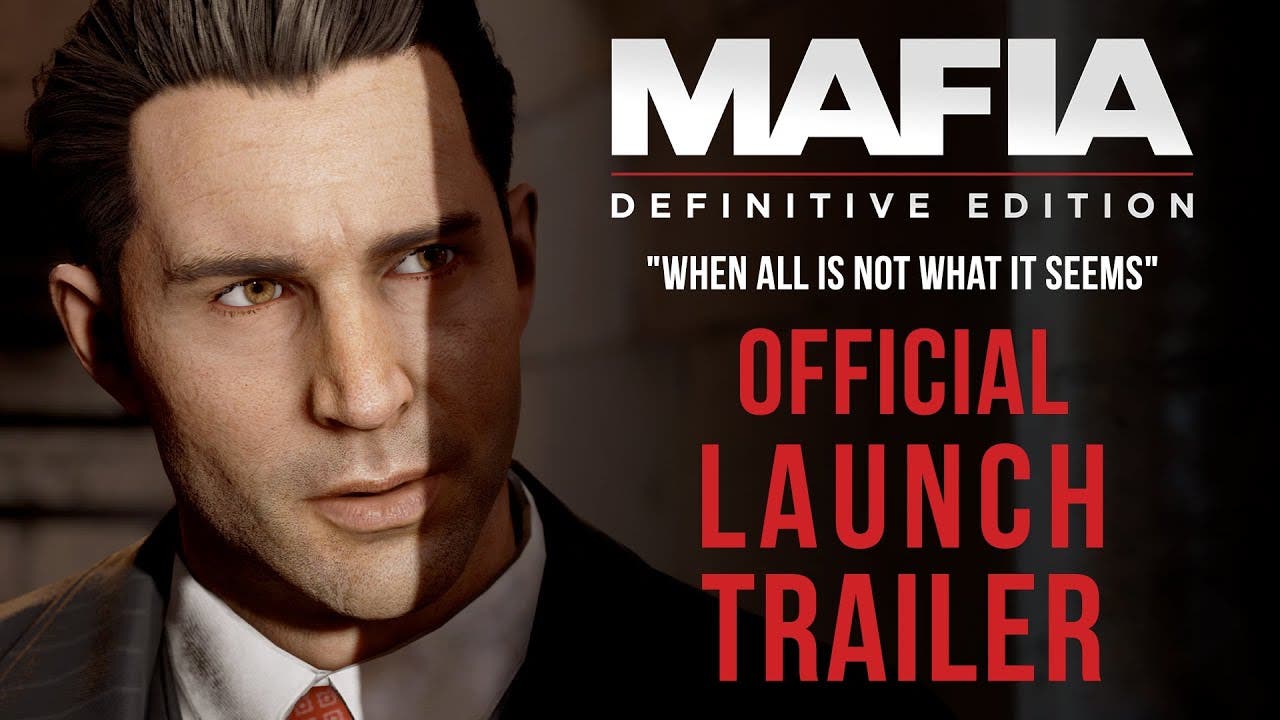 The Mafia Trilogy is complete with the launch of Mafia: Definitive Edition today

2K and its Hangar 13 development studio today launched Mafia: Definitive Edition, a comprehensive, built-from-the-ground-up remake of the original Mafia. The remake, which includes an updated script, additional cutscenes, all-new gameplay sequences and features, a re-recorded orchestral score, and other enhancements, is now available worldwide on PlayStation® 4, Xbox One, and PC via Steam and the Epic Games Store for $39.99**. To view the official Mafia: Definitive Edition launch trailer, please click here.

“The developers at Hangar 13 are, without question, among the most talented storytellers in our industry,” said David Ismailer, President at 2K. “Collectively having the opportunity to introduce a new generation of players to this acclaimed classic nearly 20 years after its original release is such a privilege. We’re thrilled for both newcomers and returning fans to experience this thoughtful and extensive update to Tommy Angelo’s journey.”

The release of Mafia: Definitive Edition completes the full Mafia: Trilogy, a collection featuring the only interactive entertainment series that lets players live the life of a gangster across three distinct eras of organized crime in America. To view a brand new trailer for Mafia: Trilogy, please click here.

Combined, the critically acclaimed Mafia crime dramas have sold-in more than 18.9 million units worldwide. Now, for the first time on current-generation consoles, players can experience all three entries of the revered action-adventure series together in one definitive organized crime saga. Mafia: Trilogy includes:

Mafia: Trilogy owners will now have access to loyalty bonus packs that add the protagonist outfits and vehicles listed below to the other two games:

Furthermore, players can sign up for a 2K Account to unlock these bonus items for each game:

Note that upon its release on May 19, 2020, Mafia II: Definitive Edition was automatically granted to all existing owners of Mafia II on Steam at no additional cost. Additionally, all existing Mafia III owners on PlayStation® 4, Xbox One, and Steam were upgraded to Mafia III: Definitive Edition on May 19, 2020, at no additional cost. Customers who own a combination of titles will receive special reduced-price upgrade offers to complete their trilogy via in-game menus within each of the Mafia titles.

Today also marks the release of Mafia: Definitive Edition’s original orchestral score, featuring music by composer Jesse Harlin. Fans can now listen to the score in full on a variety of music streaming platforms, including Spotify. The score is also available for purchase digitally on Steam, Amazon, and Apple Music. Please see retailers for additional details.

All trademarks and copyrights contained herein are the property of their respective holders.