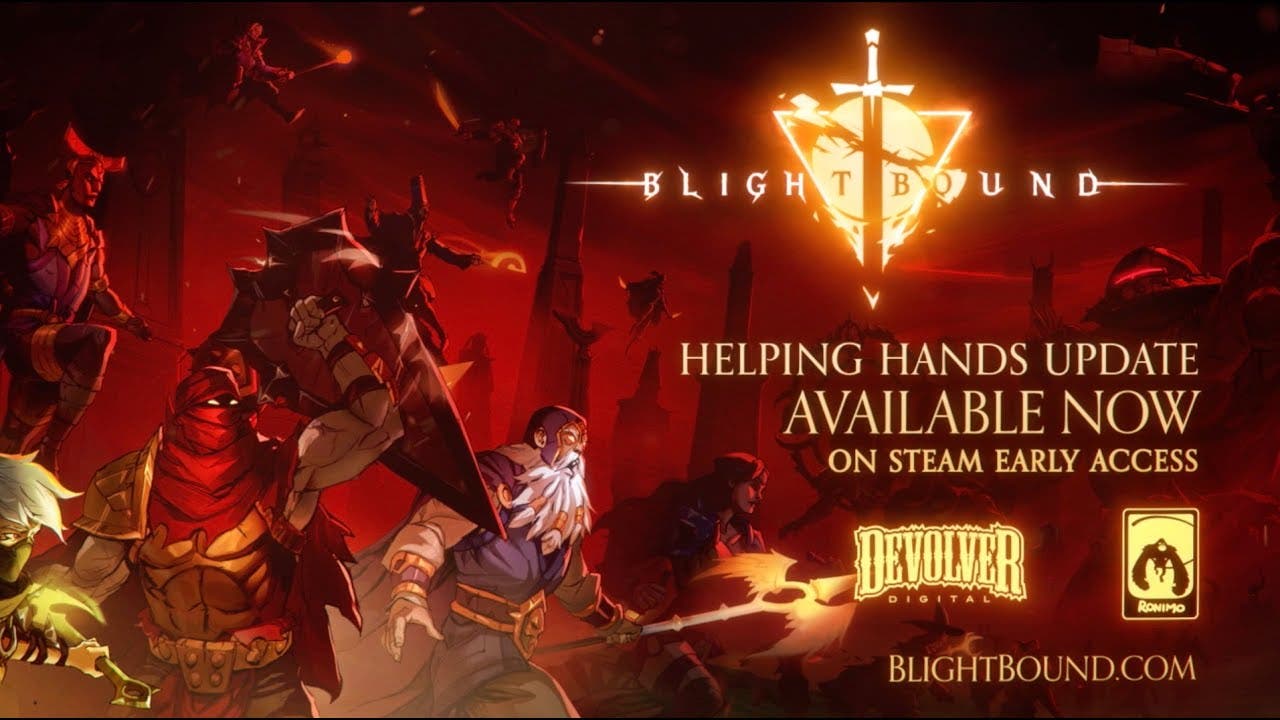 With the Helping Hands update, brave AI adventurers fill the missing spaces in your party, allowing duo or even solo players to plunge into the depths if human party members cannot be found.

In addition, players will find another helping hand from an unexpected source. Accumulating a great amount of money is every highway robber’s dream, but a recent brush with death finds Seirinne, thief extraordinaire, on the lookout for a new vocation…

Seirinne’s new Shadow Statue ability focusses a devastating beam on the sneaky pirate, stalling enemies and dealing considerable damage every second. Riches await her in The Blight, but the big question now is: how to spend all that delicious gold? Zerrish alone knows, but the Snake Titan will no doubt bestow their champion with wealth beyond measure.

New elite enemies, items and localized texts invigorate the world of Blightbound with fresh challenges and more accessibility than ever before. With functional localizations for 9 languages including French, German, Spanish, Brazilian Portuguese, Russian, Korean, Japanese, Simplified Chinese and Traditional Chinese, more people than ever before can brave the blightstruck lands below the Refuge.

The story of Blightbound continues to unfold, revealing new heroes and weapons, opening up new and darker regions filled with even more beasts and bosses lurking within the cursed mists.

So band together your trio of heroes and set forth on your quest to claim a world lost to the blight.