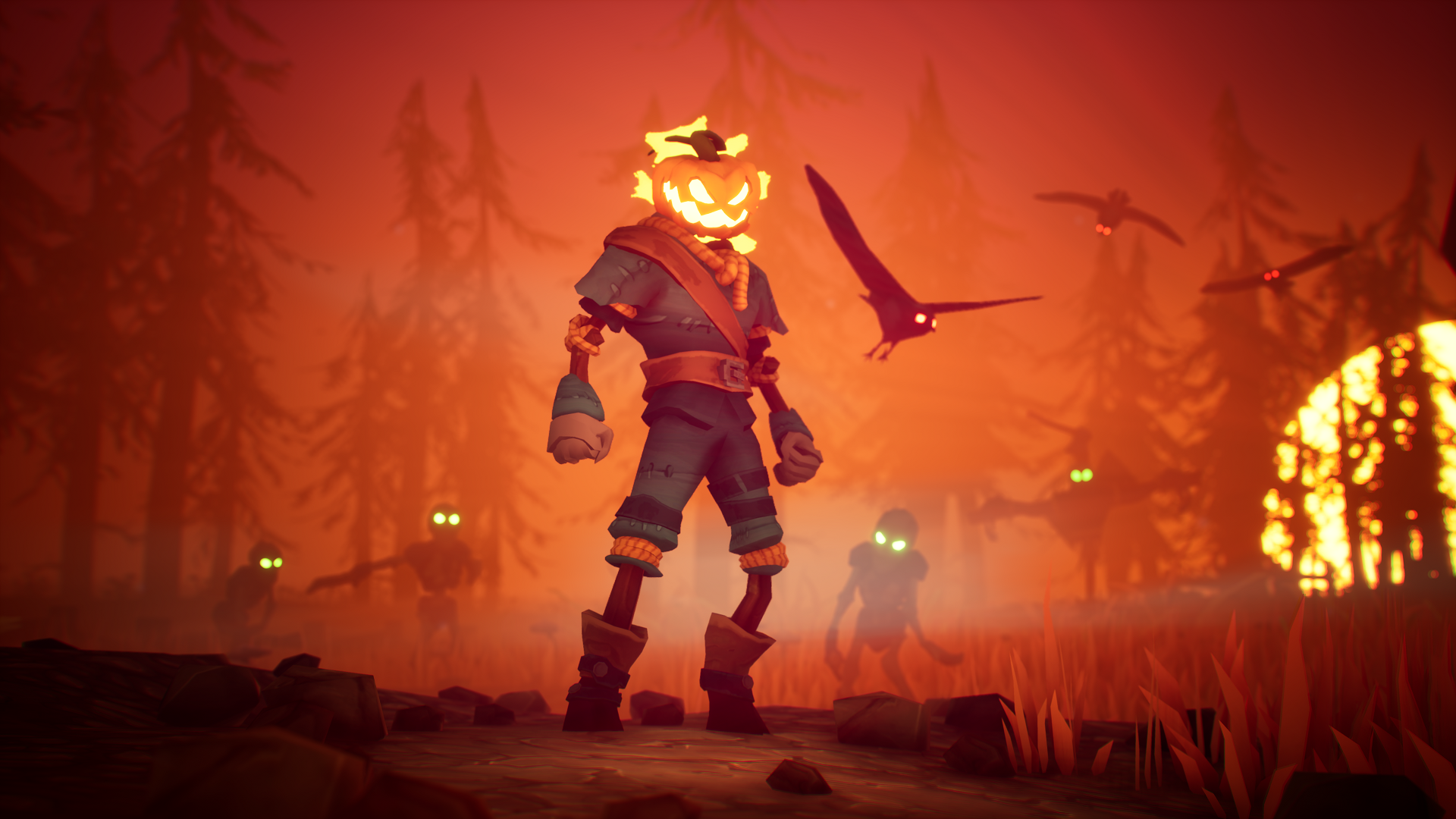 There's so much to like about Pumpkin Jack. What issues I do have are minor, and don't impact the overall enjoyment. It's a game that's easy on the eyes, has satisfying combat, and rewarding puzzles. Pumpkin Jack will have kids and adults both wanting to play it, and having a blast working towards 100% completion. The soundtrack features a theramin and other spooky instruments that easily set the mood. Pumpkin Jack is a real Halloween treat.

When you think of games that represent Halloween without being over-the-top gory, full of jump scares, or otherwise not family friendly, few will come to mind. Pumpkin Jack is one that all ages can play. Though it’s not a clone, it’s very much inspired by games like MediEvil and Jak & Daxter from the PlayStation 2 era, yet stands on its own as a highly enjoyable 3D platformer. It’s no trick, Pumpkin Jack leaves a lasting impression to be an instant Halloween classic. 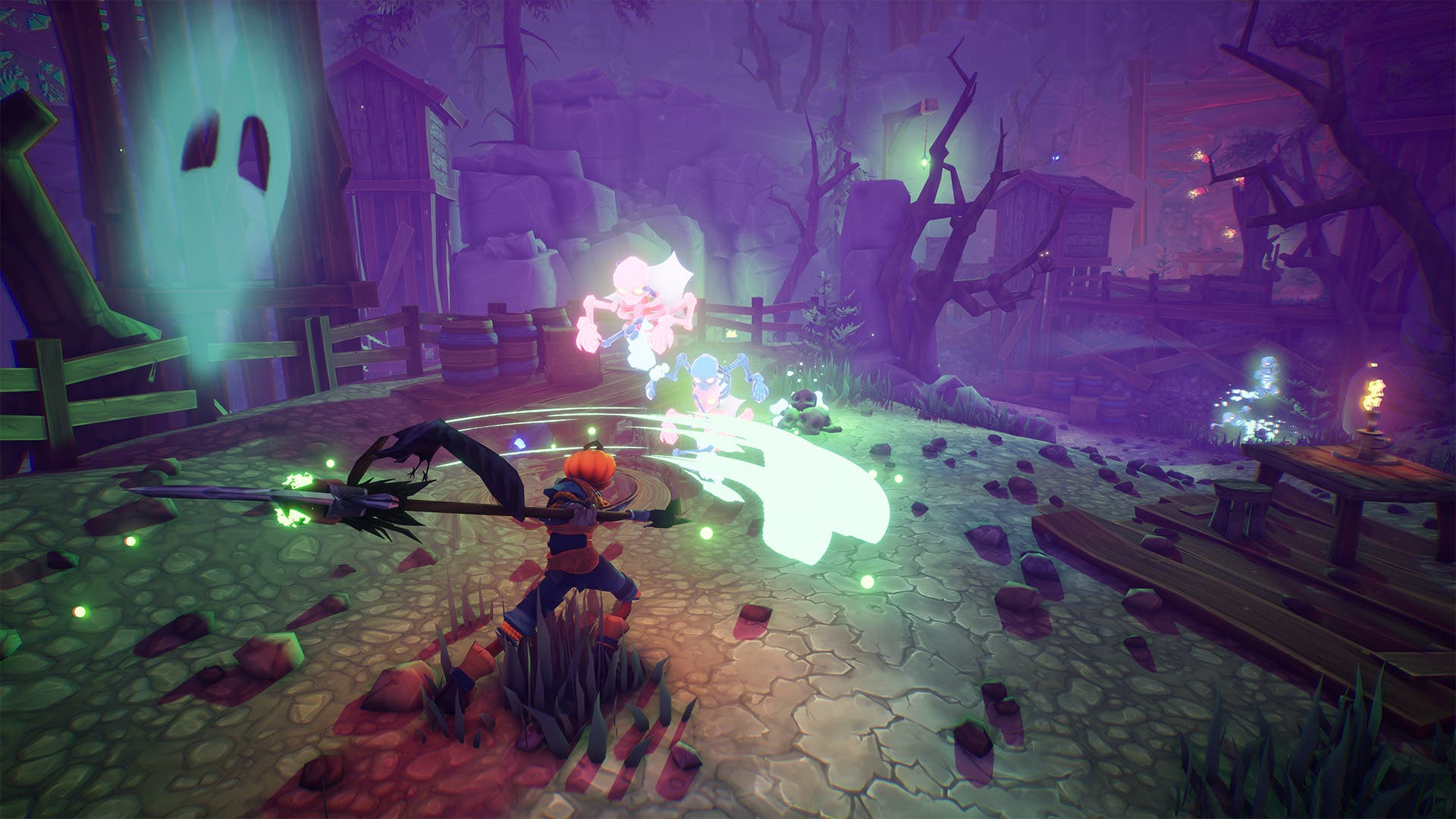 Look, I’m gonna be upfront with you: You’re the bad guy in this. You play as Jack, the Mythical Pumpkin Lord and he’s evil as they come. Sent by the devil to wreak havoc and destroy everyone on Earth. This leaves pretty much everyone on both sides, good and evil at a loss, and both will stop at nothing to prevent this from happening. The only one truly capable is a powerful Wizard who fights for all that is good, and aims to put you back in the ground.

The game spans six levels, and each take about 30 minutes to complete. The developer touts a 5-8 hour playtime, and I completed the game in just under four. Now, for completionists to gather all the collectibles, will fit into the timeframe the developer mentioned. The game doesn’t overstay its welcome, and feels like the perfect length. The levels are bespoke from one another, but certainly tick the spooky checkboxes for thematically appropriate Halloween-esque locales: a cemetary, farm, town full of skeletons, and even a swamp. They all have a different theme, and there’s a gameplay mechanic that follows it through the level, like riding an undead horse or surviving a burning barn. These levels are densely packed, and doesn’t contain any fluff. 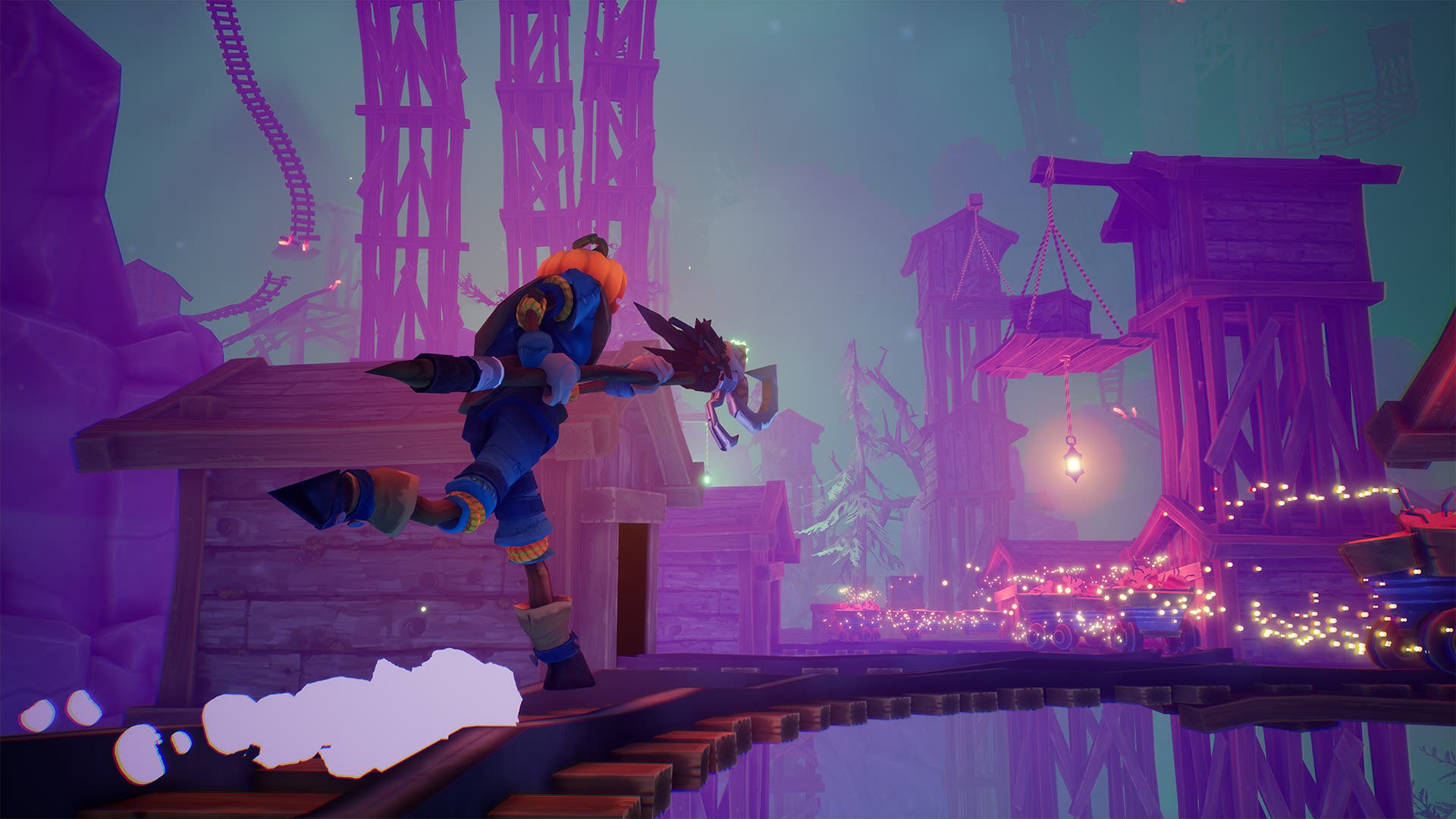 Pumpkin Jack is full of exploration, action platforming, and sections for puzzles. The logic puzzles aren’t taxing, which is good for anyone to pickup and play. But you’ll find yourself playing a matching game, unlocking doors, sending explosives to their destination without detonating early, and even a game of whack-a-mole. These are needed and welcome breaks from the on-foot action.

A pumpkin who takes on a body can double-jump and wield weapons. Jack will gather an arsenal of weapons throughout his time in the game. From a humble shovel to a fun shotgun, the levitating sword and scythe are also standouts. As you collect new weapons, you can swap to any of them at-will. They each behave differently and offer unique combos to execute. While attacking is mostly what you do in combat, you can dodge and roll out of the way of incoming attacks. Doing these attacks not only with style but precision, and you can come out of encounters with little to no damage. You’ll also befriend a crow who can perform long-range attacks before the enemy even knows your there. It’s a solid combat system that always does what you want it to. 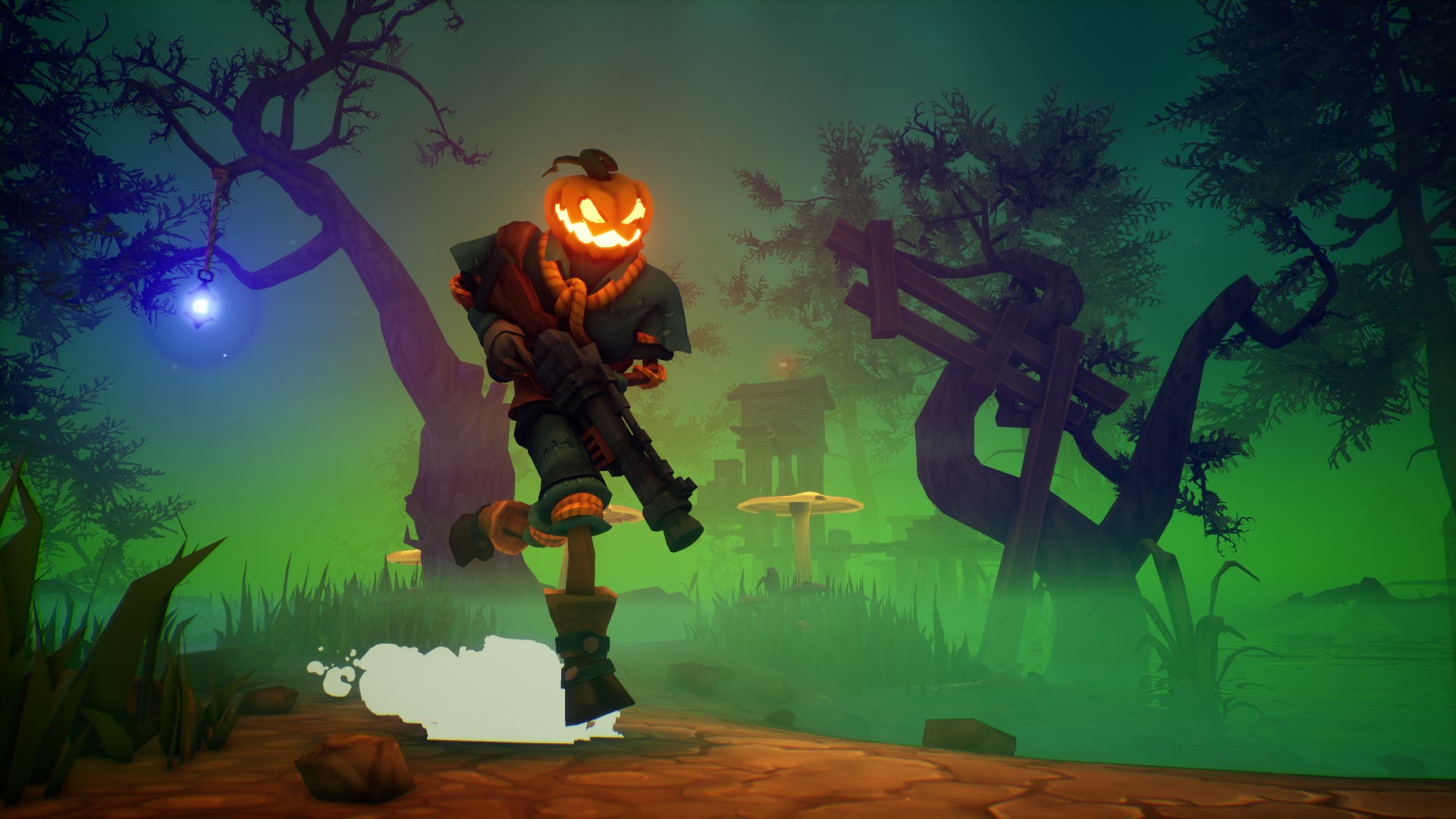 Jack can recover health by defeating enemies in combat, destroying items in the level like wooden barrels, or by drinking from strategically placed cauldrons. The cauldrons are magical and will not only restore Jack’s health to fill in one sip, but create a checkpoint each time.

I found that the game repeats its gimmicks a few times: riding a boat, a horse, and a minecart. I think they’re worthwhile elements, but repeat a bit too often in what is decidedly a short period of time. I never died in the game to combat or missing a jump over water, but I did die to the riding sequences again and again. These to me felt like cheap deaths, and the accompanying death counter is unnecessary, going against the vibe the game is going for. But the flavor text suggests that evil did not win, and that’s at least a clever way to go about it. Some of its puzzles are in-fact great, but doing the simon game usually has a ramp up, but it asks you to remember an entire melody right away. 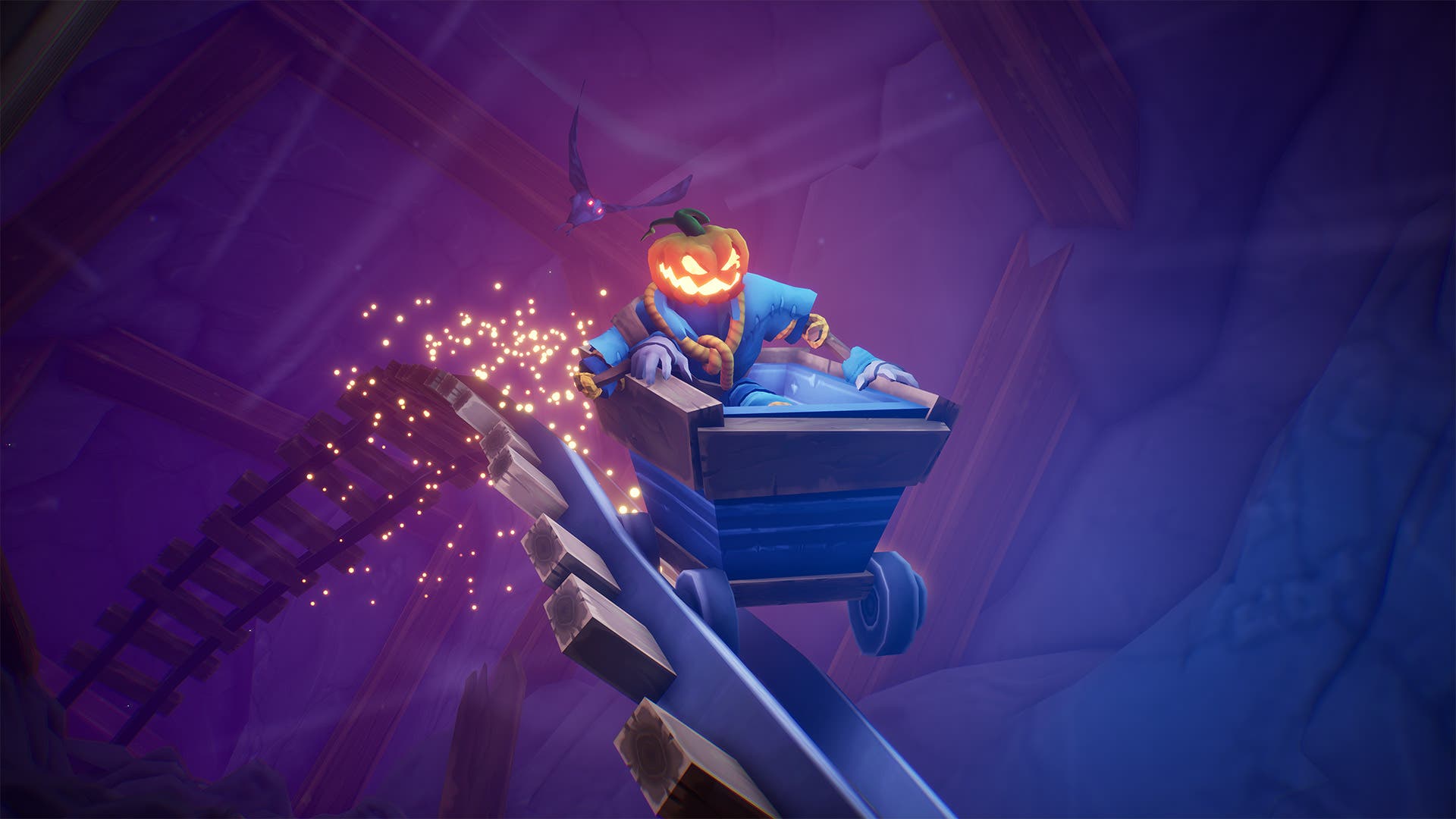 The game features collectibles in the form of crow skulls and gramophones. The gramophones are the hardest to find, and when you do you’ll get a special dance from Jack (unique for each one you find). Why he’d dance upon finding them is anyone’s guess, but it’s a game and it’s fun – so that’s enough for me. The crow skulls serve as a currency to purchase additional skins for Jack. You can dress him up like a lumberjack, a samurai, or even a private detective. Unlocking all outfits requires finding all skulls. The game lets you go back and replay any level for this purpose, and even contains per-level checkpoints. So if you happen to skip out on a level, you’ll retain progress separate to your overall progress. It’s unexpected, but a solid feature to have.

Pumpkin Jack straddles a line between silly, serious, and self-aware humor. I’m not entirely sure if it works, but it definitely got several chuckles out of me. There’s a few key points of dialogue interaction between him and his enemies, and new friends that are entertaining to read. They are unfortunately not voiced, but I’d rather have it not be voiced than poorly done. This is the developer’s first game, and I appreciate the decisions made here. From the art direction of a cartoony look with real-time 3D lighting and shadows to the hand-drawn dialogue, it just nails the look and feel. 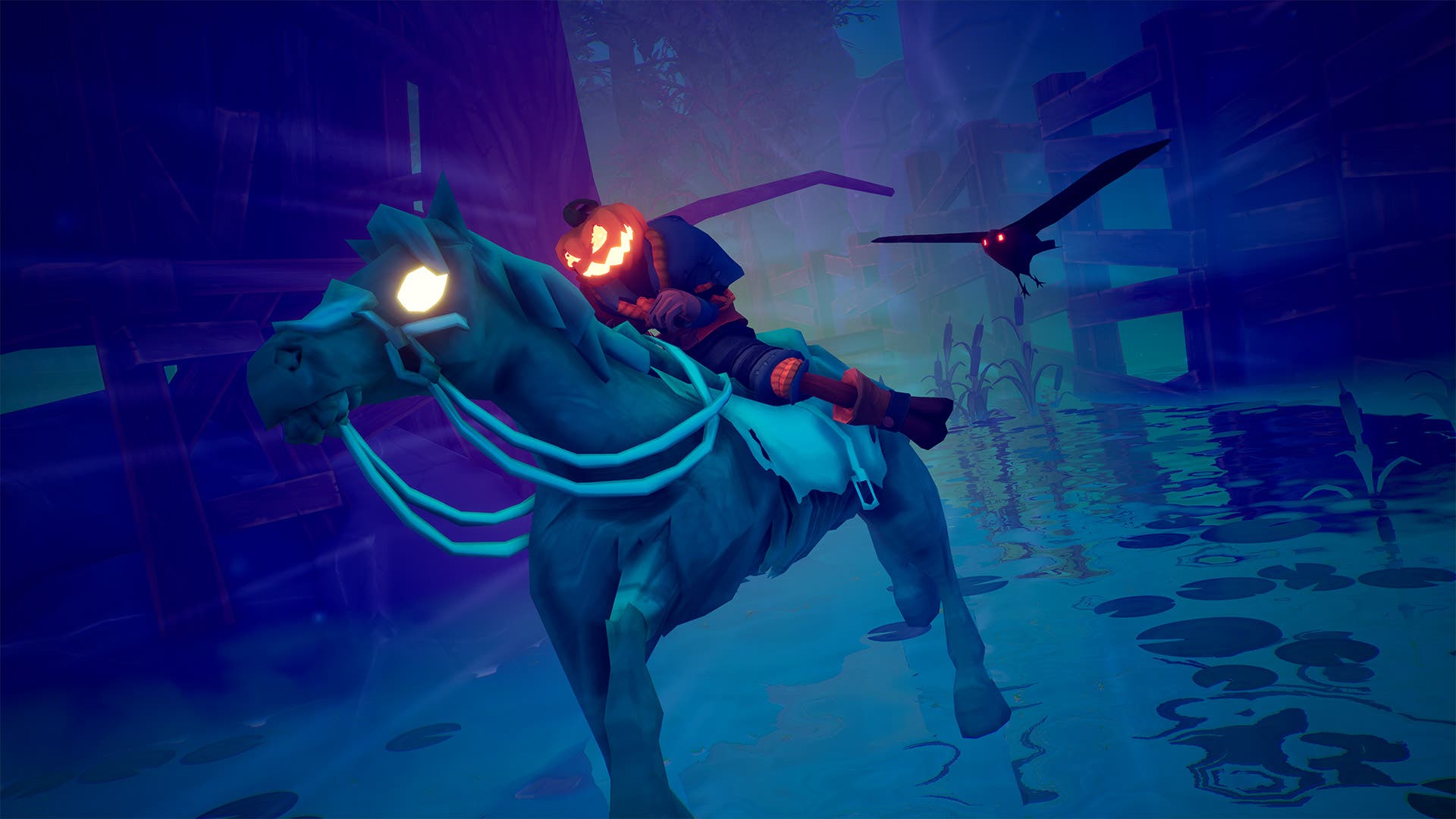 I have to say, seeing a game like this implement both RTX and DLSS is not only super impressive, but incredibly gorgeous. The RTX (raytracing) implementation improves shadows and water reflections with translucency. RTX on its own looks incredible, but couple it with DLSS (Deep Learning Super Sampling) and it looks and plays incredibly smooth. Pumpkin Jack also features post-processing, shadow quality, volumetric fog, and the ability to play with an uncapped framerate. The Unreal Engine 4 is excellent for everything that the game wants to do. Each scene is colorful and vibrant, practically beaming out of your screen. 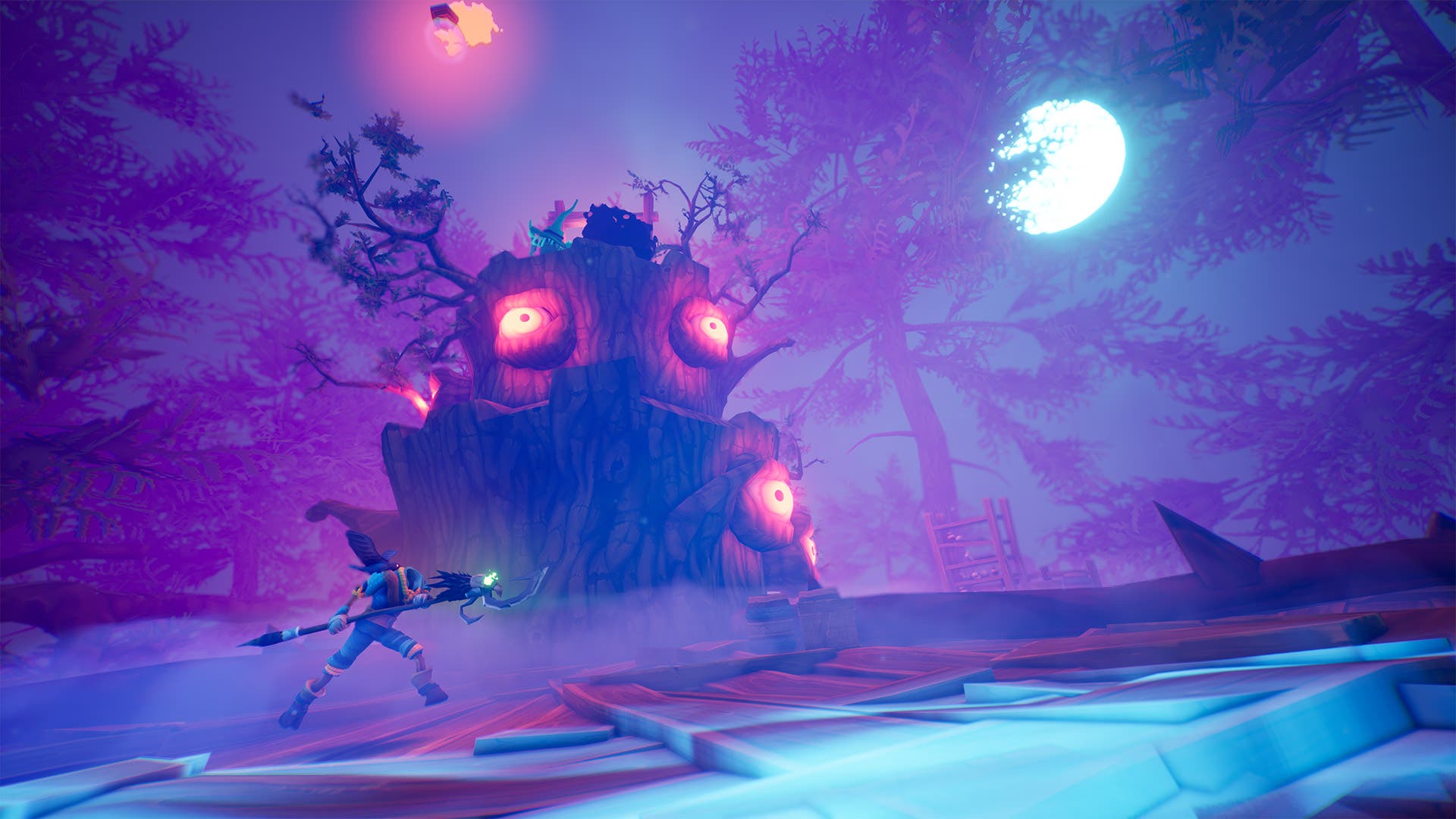 There’s so much to like about Pumpkin Jack. What issues I do have are minor, and don’t impact the overall enjoyment. It’s a game that’s easy on the eyes, has satisfying combat, and rewarding puzzles. Pumpkin Jack will have kids and adults both wanting to play it, and having a blast working towards 100% completion. The soundtrack features a theramin and other spooky instruments that easily set the mood. Pumpkin Jack is a real Halloween treat.