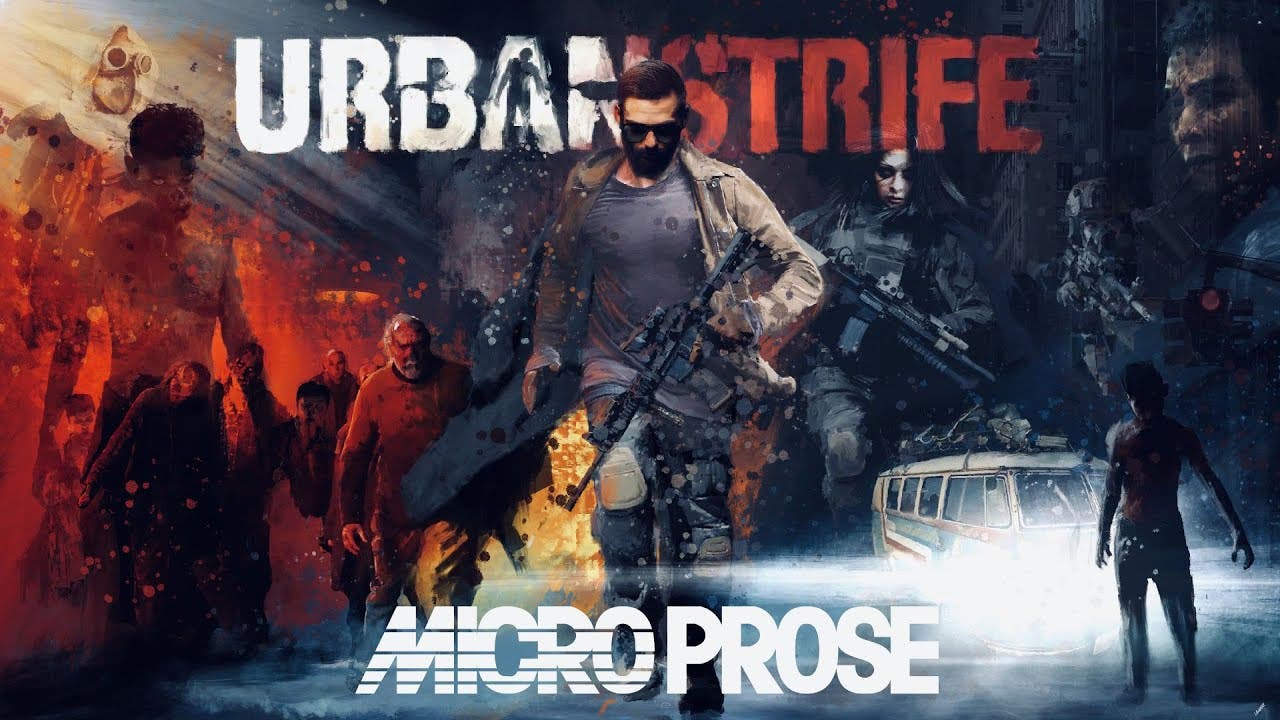 MicroProse is back and is announcing its line-up bit by bit. This time it’s the turn of Urban Strife, a love letter to Tactical RPG players waiting for the next proper Jagged Alliance 2-style experience.

The game will be released in Q3 2021 on Steam (other platforms TBA) but players will have the chance to taste Urban Strife gameplay way sooner than that (hint!). In the meantime watch the brand new Teaser!

With all the benefits of the modern Unreal Engine, real bullet ballistics, day/night cycle, fire with dynamic material consumption and spread, advanced sound propagation mechanics… the list goes on: AI NPCs with independent lives and faction-based morals and, hunger, thirst, wounds, and sickness and last but not least, advanced modding support.

Starting as an amnesic survivor, rescued half dead by the kind people of the Urban city shelter, somewhere in backwater south of USA, you need to raise up and become a true leader, rebuild the pillaged camp and bring hope back in the hearts of the survivors.
Then venture out to negotiate alliances with ruthless factions or go to war against them.
And finally, bet everything you have and know to survive an impending return of the massive zombie horde that almost ended civilization just two years before.

Can you push back against fate, live among ruthless gangs, and fight back the zombie horde, with just a handful of ragtag militias to help you?

Urban Strife brings you the common weapon classes that you can expect to find in the context of the story, somewhere in a southern US city: handguns, shotguns, hunting, assault, and sniper rifles.

Each of these classes has special pros and cons that make them the right choice in specific situations. Handguns and shotguns, for example, excel in CQB with excellent damage. While pistols do cumulative damage due to their low AP costs, shotguns have individual pellet damage adding up and a cone of fire!

Assault rifles bring tremendous cumulative damage when used in burst mode, with frightening multi-body penetration.
Provide you can come by such expensive ammo and afford to waste it.

But the team has also avoided the pitfalls of turn-based combat, especially against large numbers of foes. Zombies come first in this list of enemies everyone hates to wait for in TBS, because they are both numerous and slow. Hence we introduced a special turn for the horde, with a simultaneous movement for all undead, while still letting each AI take individual decisions.

You will find the Urban shelter dilapidated and in ruins, full of refugees on the brink of despair, locked down by vicious looters and roaming zombies. You need to regain control of the neighborhood fast. Start rebuilding and expanding.

You have to scavenge resources and show the locals you’re the hero they waited for. Then start repairing and upgrading the shelter, hiring the residents as specialists, and using the refugees as labor. Depending on the allies you make you will be able to unlock unique upgrades that will make shelter management more and more rewarding.

Once you will start exploring, you’ll find a world populated with living, busy NPCs, with their own life and convictions. Among these, you’re to find those willing to help you – provided you help them first. And as long as you serve their interests. Because in Urban Strife everyone has an agenda.

Three main factions are fighting for control through numerous proxy groups in the town. Army rebels, a zombie loving cult, and a ruthless gang of bikers. You’re free to choose one of them as an ally. But be aware – no path will be easy or morally justified – an apocalypse comes with a dire lack of innocence.

It is all about survival. And being able to live with your choices.

If you feel accurate you can aim for specific body parts for either instant kills or crippling shots; that can make hunting and sniper rifles true long-range exterminators.

The melee combat is based on stamina management – the more tired you get, the less you will be able to dodge hits. And comes with its own array for special moves, for certain popular weapons