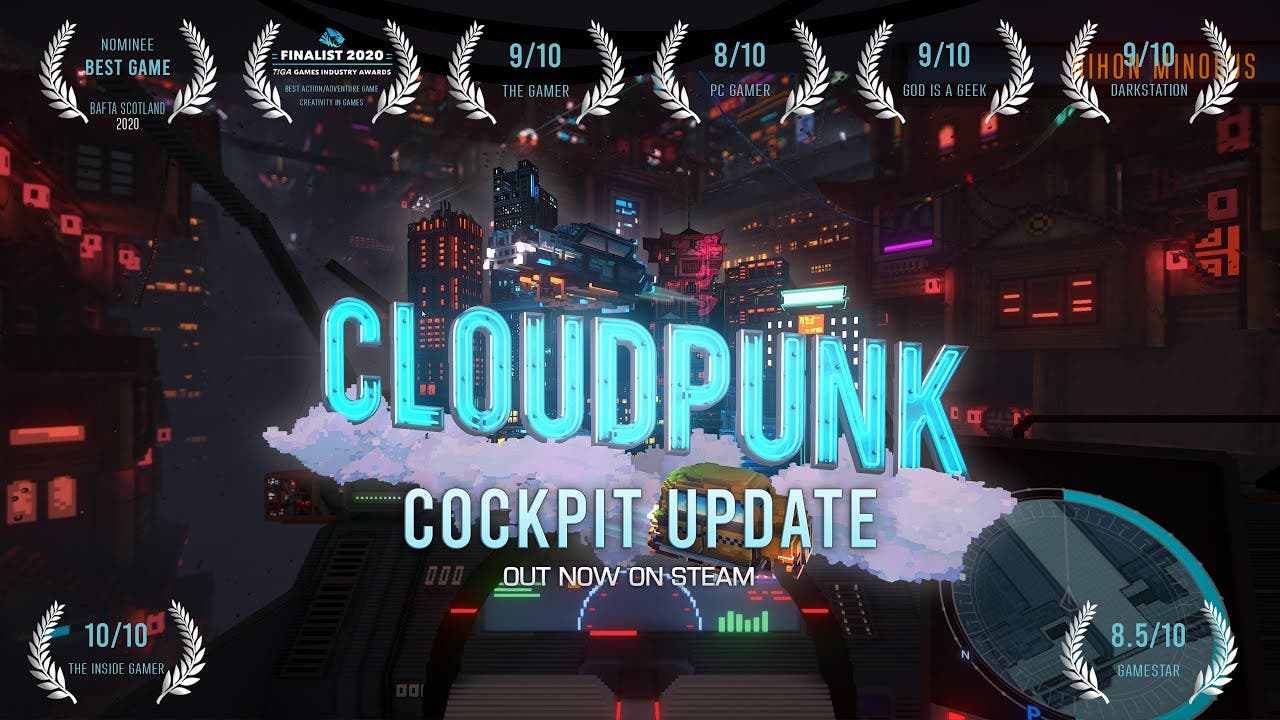 27 October 2020, BERLIN – Berlin-based game developer ION LANDS has released a major free update to the PC version of their stylish story-driven cyberpunk game Cloudpunk, the Cockpit Update. To celebrate the update, the game is currently also 33% off on Steam.

The update brings new features and improvements including a first-person view when driving vehicles with 180 degree freelook, allowing players to experience the city of Nivalis from a totally new perspective. In recent months Cloudpunk saw several key updates that expanded the game with free roaming on-foot third-person and first person cameras, surround sound, a new vehicle camera, dozens of improvements and more.

“We were so pleased that the world we created resonated with so many people” says Marko Dieckmann, studio head of ION LANDS. “This update will allow everyone to really immerse themselves in the game’s environments in a way we hope they enjoy just as much as seeing it for the first time.”