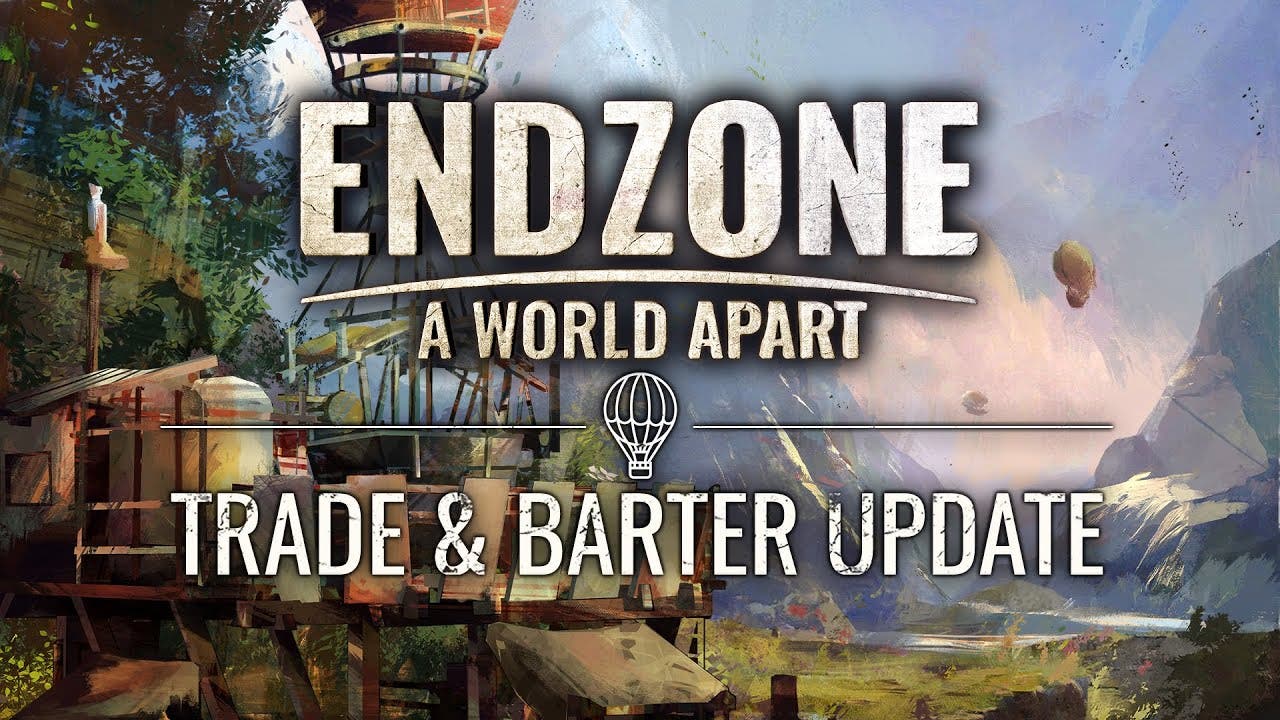 Publisher Assemble Entertainment has announced the latest update for the award-winning post-apocalyptic city-builder Endzone – A World Apart, available now on Steam. Following a group of survivors who, more than a century after a devastating worldwide nuclear attack, are leaving their underground bunkers called “endzones,” the game challenges players to rebuild society — one that is plagued with toxic rains, raging sandstorms, and a merciless climate. The update gives survivors a new kind of fighting chance: the ability to trade, barter, and even receive higher education.

Players may now make use of the Trading Post, where they’ll make deals and barter with traders. Greedy offers won’t get far, though, as traders often remember an unfair transaction, which will tarnish a player’s reputation. Seal the deal, but do so with an eye toward strategy! Traders will offer more valuable and rare goods to those with an excellent reputation.

As they say, children are the leaders of tomorrow. Even in the apocalypse, proper schooling is of the utmost importance. With the new Advanced School, settlers can confidently send their children to class to study multiple subjects, versus the Standard School, which focuses on one subject at a time, making for a slow education progression.

Eager to see the new content in action? Join Endzone – A World Apart developer, Kai, on Friday, October 30, 2020, at 7:00am Pacific/10:00am Eastern for an in-depth playthrough of the latest update additions! Tune in at the official Assemble Entertainment Twitch channel here: https://www.twitch.tv/assembleentertainment.

After 150 years of dwelling underground, the Earth’s surface seems like a breath of fresh air, though that couldn’t be any further from the truth! In Endzone – A World Apart, players must utilize leadership skills, resource management, and more to revive what’s left of humanity in a radiation-poisoned environment. Men, women, and children need protection and the tools needed to survive — the problem is, there’s no telling what each new day will bring on the forsaken planet from which they’ve emerged.

Developed by Gentlymad Studios and published by Assemble Entertainment, Endzone – A World Apart is currently available in Early Access on Steam. As a bonus, Assemble Entertainment has teamed up with the charitable organization One Tree Planted to plant a tree for every Save the World Edition bundle purchase. Not only that, players that buy the Save the World bundle will also receive a free copy of the game’s stellar soundtrack! Learn more at https://endzone-game.com.