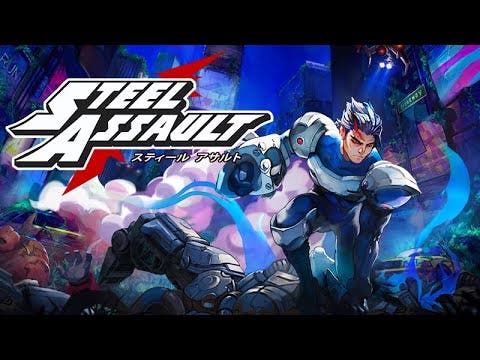 Steel Assault to be published by Tribute Games, releasing in 2021 onto PC via Steam

MONTREAL, CANADA – November 2nd, 2020. Tribute Games announces today their collaboration with indie developer Zenovia for the release of 16-bit post-apocalyptic style action platformer game Steel Assault. The company will act as publisher for the game now planned to release in 2021 on Steam.

The signing of Steel Assault marks Tribute Games’ debut as a publishing partner for other developers. “After close to 10 years of self-publishing and 6 games under our belt, we felt it was time to share our knowledge and expertise that we have built and fostered”, announces Jean-François Major, president of Tribute Games. “We plan on teaming up with developers that share our passion and love for pixel art games. We’re proud to be starting this new venture with the Zenovia team and their highly awaited title Steel Assault.”

The publisher is looking to build partnerships with developers with a similar taste in games, developers of games of all genre inspired at any extent by arcade or retro aesthetics. They currently provide solutions for publishing, funding, design, localization, FQA, CQA, cross-platform porting, public relations, social media and advertising.

Steel Assault is the debut title of Zenovia, a small game studio founded by Sri Kankanahalli. Developed over the last 6 years, the game is currently being polished under Tribute Games’ watchful eye. In Steel Assault, the player will be able to punch, whip, and zipline their way through a post-apocalyptic America. They will play as Taro Takahashi, a resistance soldier on a revenge mission against the dictator who lords over the ashes. The game features fluid side-scrolling combat and unique zipline action, a new twist on classic grappling-hook mechanics, opening up fun movement possibilities. It will launch on Steam. No other platform release has been confirmed yet.