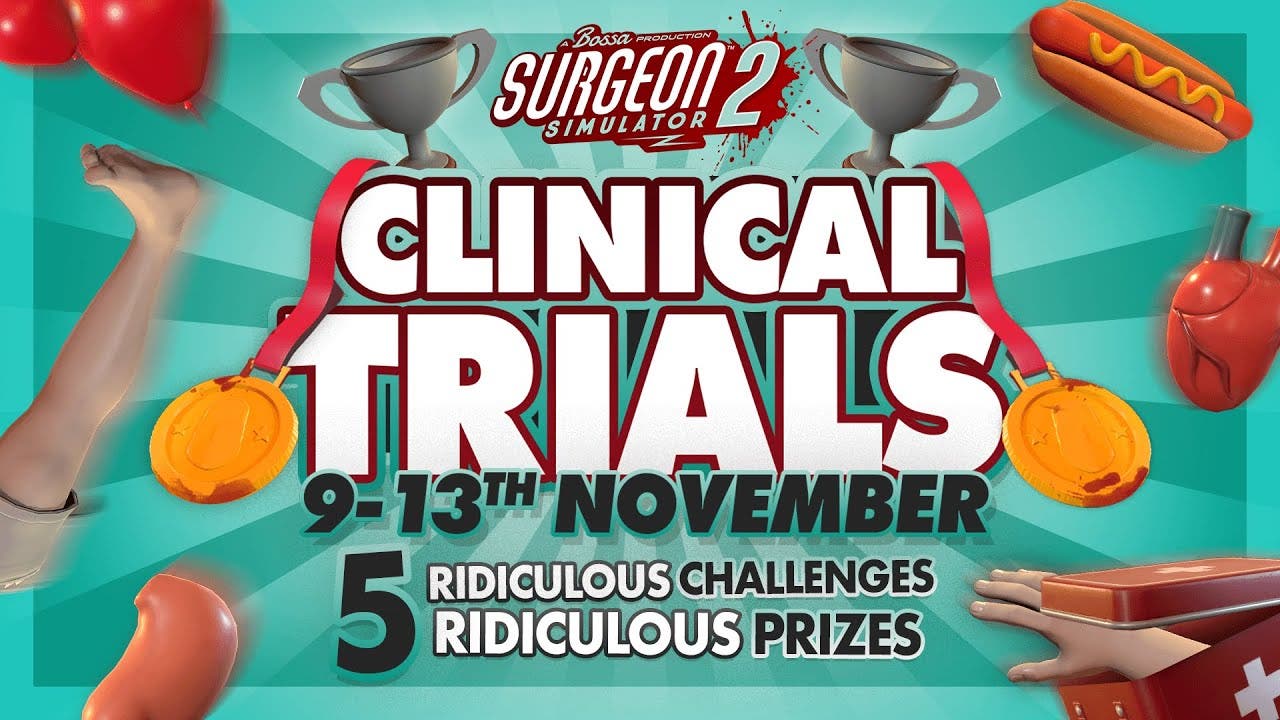 London, UK: In the wake of competitive surgery going global, Bossa Studios has today announced a series of ridiculous in-game challenges are heading to Surgeon Simulator 2. The latest update to the game, Clinical Trials, is a set of 5 levels released over 5 days with 5 outlandish prizes to be won, including a literal heart of gold trophy.

The Clinical Trials update continues the era of global competitive surgery that kicked off last month. October 15th saw real NHS doctors and clinical staff competing in speed heart-transplants within Surgeon Simulator 2 to raise money for charity. This was closely followed by the game’s Surgical Showdowns update, a suite of new competitive levels designed by some of the cleverest (and strangest) minds at Bossa.

Now, the studio is looking for any and all enthusiastic subjects to take on this week of fiendishly competitive challenges. The Clinical Trials update involves the following challenges released daily from November 9th until November 13th:

Side effects of participation may include random bursts of laughter, periods of addiction, and a range of sweet, sweet prizes, including headsets, exclusive merchandise, official branded medals, and of course, the grand trophy itself – a literal heart of gold (well, gold-finished bronze, if you’re being pedantic). The risks are low, and the rewards are great.

All willing participants are advised to get their sharpest scalpels and spongiest sweatbands at the ready, and click here for more details on how to enter: www.surgeonsim.com/trials

Surgeon Simulator 2 is a physics-based medical simulation where every object, every organ and every limb are up for grabs, or dropping (it depends on your skill level). Featuring all-new operations, a thrilling story mode, 4-player online co-op, and the bone-afide Creation Mode, get ready to explore an entire medical facility of wonder in this fully fleshed-out sequel! Surgeon Simulator 2 is out now on the Epic Game Store and available for £19.99 / $24.99.