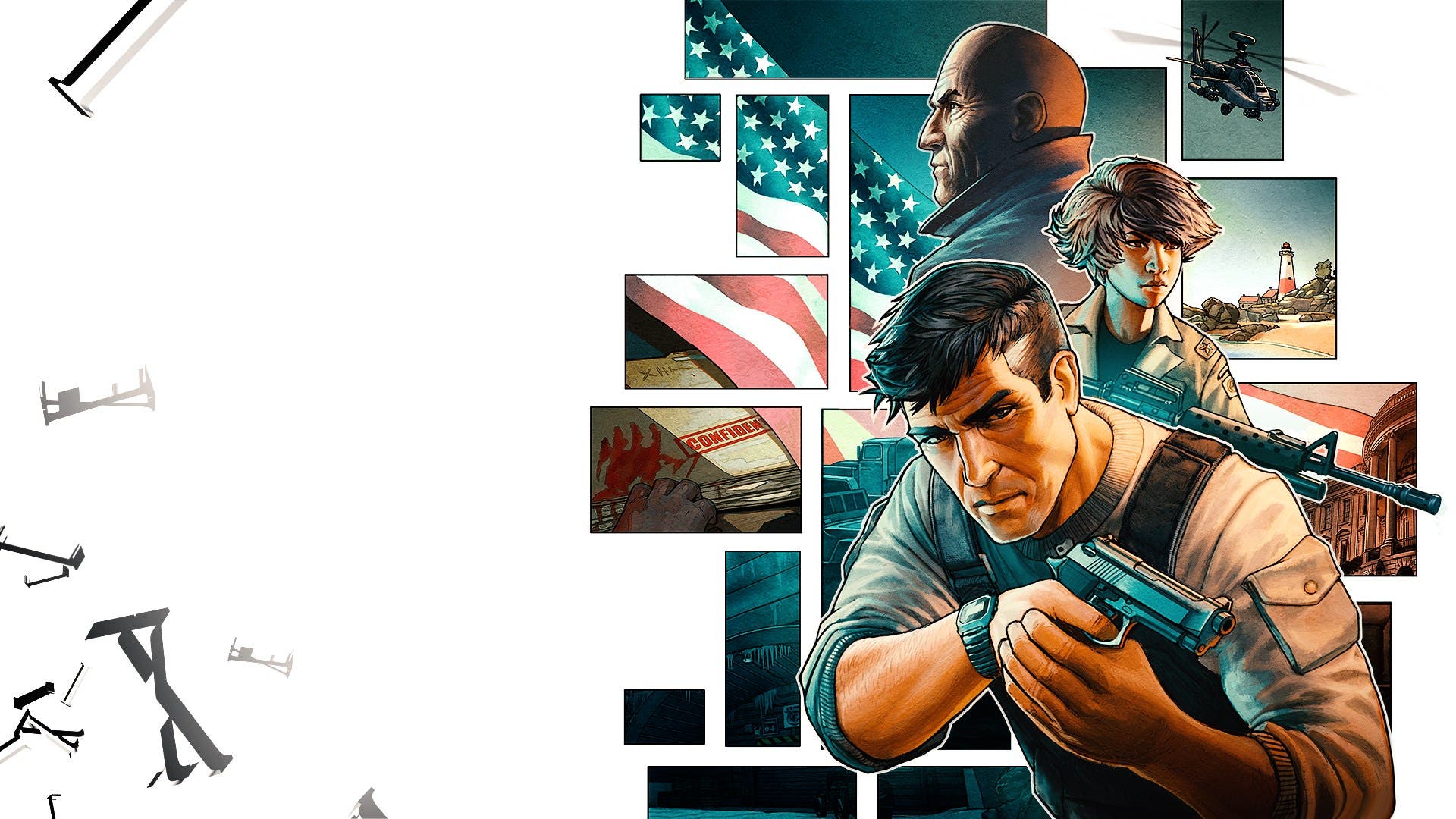 In all honesty, XIII from 2003 wasn't that great of a game to begin with. PlayMagic clearly wanted to modernize and improve what that game did, while keeping the integrity of the game in-tact. But for some reason or another, just couldn't come through on that. The game's best feature is its cel-shaded graphical fidelity, being a remake that looks better than it plays. If you manage to pick this up, though I'd recommend you wait for patches and updates, you'll either appreciate what's been done or be convinced to pick up XIII - Classic instead.

As far as remakes go, XIII was one I wouldn’t have ever expected to get such treatment. A cult hit from Ubisoft’s weird publishing days, a relic of the past resurfaces after 17 years. Its re-emergence seemed incredibly promising. Getting the original game working on modern PCs has been helped by mods and fan packs, but it remains hard to get running. PlayMagic has put considerable work into the Microids-published XIII for 2020, and it’s a gorgeous game that’s ultimately let down by its gameplay and bug-ridden levels. There’s a lot to overcome to try to enjoy this remake, so now that’s two releases of XIII that are a hassle to play. 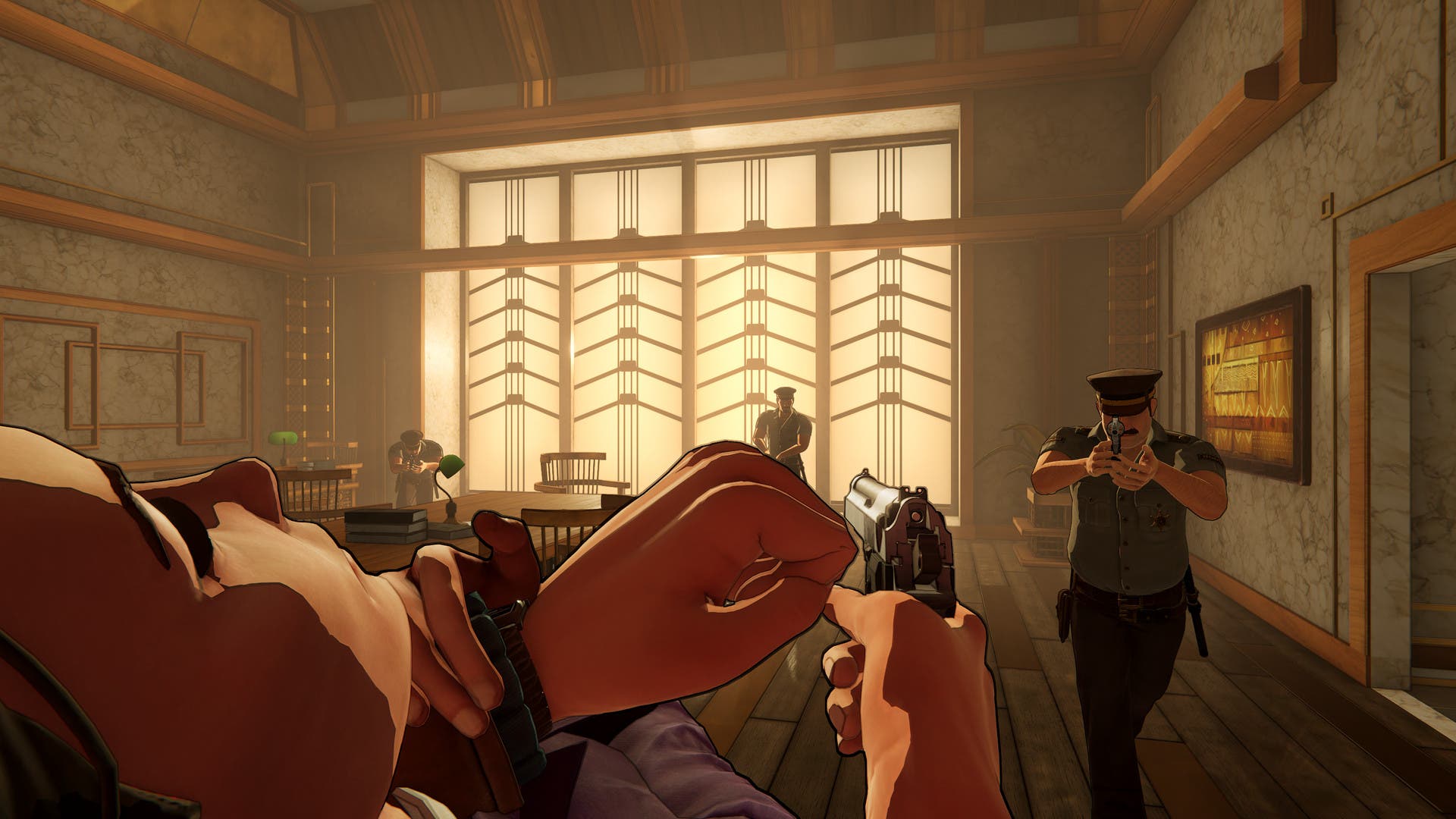 XIII starts off with a much slicker presentation and friendlier UI than the 2003 original. After picking one of several difficulties, which a couple are new to the game, you’ll be treated to a new cutscene introducing you to the world. An FBI agent comes and sits down at his desk to watch a video, it’s the original intro to the game that comes on the monitor. It’s a neat homage that I really appreciate. XIII is based on a French comic book of the same name, and like the original, adopts a cel-shaded, comic book look to its visuals.

You play as XIII (or Thirteen as you’d say it aloud), and he is a trope cocktail. He’s an amnesiac that has a Presidential assassination conspiracy placed squarely in his lap. You’ll spend the game’s eight or so hours playing through flashback sequences over thirty levels to piece everything back together to uncover the truth. It’s an interesting story, and the flashback sequences come suddenly as each memory returns. There’s a lot of plot devices that make this a bit confusing, but that’s a problem that’s existed since the first release.

XIII is game about the art of nailing the headshot. Not only can you put enemies down in one shot (provided they aren’t wearing a helmet), but you’re treated to a multi-panel close-up of the kill you just performed, exuding and reinforcing its style. I’m not sure if it’s intentional or not, but there’s some stiff movement and shooting like the original. You’re slow to aim down sights, but the way that XIII clasps his hands together is kinda realistic, but not fast. You have an array of weapons, but are limited to what you can pick-up and weapons now can share slots where decisions have to be made whether to keep the sniper rifle or swap it for the rocket launcher. When you kill an enemy, animations often repeat as they ragdoll to the floor. And if you’re using a melee weapon, there’s a disconnected feeling from your knives making contact with your assailant. There’s a mechanic early on where it teaches you to take hostages, and outside a handful of levels, is not something you’ll ever want to do again. At times, there’s sequences where you’re able to use a grappling hook. It’s very simple, but is pulled off well and is fun to use, as seldom as it can be.

For whatever reason, this remaster removes the nuances to XIII‘s gameplay, like being able to destroy the helicopter in the first level that reduces the total enemy count. I’m not sure if it’s an oversight, or omission, but if you know the original game well enough, you’ll notice. I hope you like escort missions, because there’s a few of them where the one you’re escorting can’t fend for themselves. There’s elements of stealth, and it’s fun if you can maintain it. Whether you’re slinging knives at the heads of guys across the room, or karate chopping their necks, it’s a quiet good time. When you’re engaged in combat, all too often enemies will pop into existence right before your eyes. It looks as bad as it sounds. 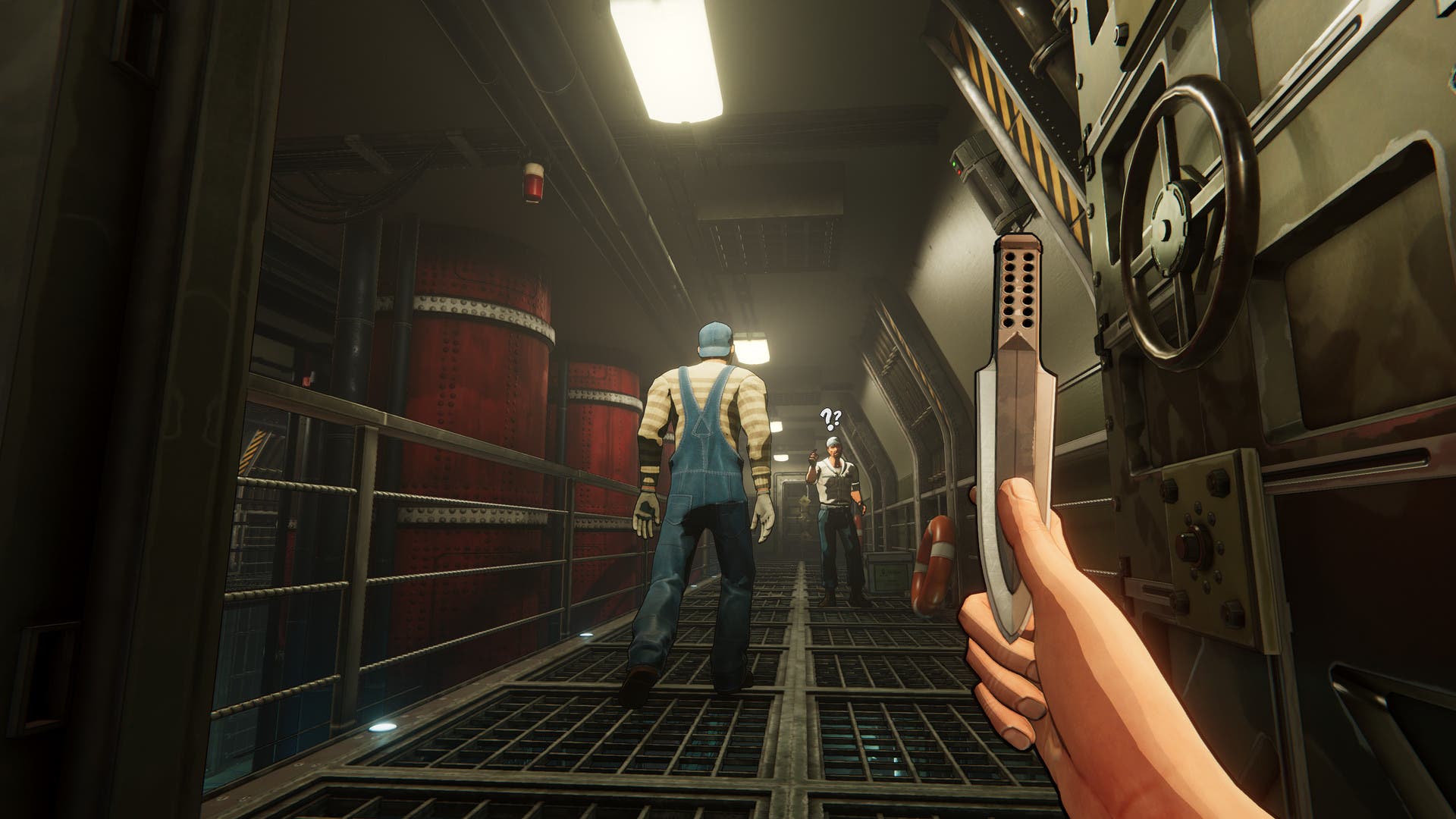 Another loss is that of quicksaves. The game only relies on checkpoints and manual saves. However, I could not rely on manual saves. All too often it didn’t save where I last was, or upon loading my last save, would reset the weapons I had acquired up until that point. It seems to be a known issue, but loading from a save means nothing. I’d like to see quicksaves get added back in, but there’s likely higher priority issues to address.

The audio is one such issue, where sound can completely fall apart. One level had garbled audio, and it kept degrading the more I played the level. Restarting the level, and even the game didn’t fix this. The sound effects and voice actors seem to be reused. So you’ve once again got actor David Duchovny as the titular XIII, Ruff Ryder’s rapper Eve as Major Jones, and Batman himself, Adam West as General Carrington. These voices carry much less weight than they did back then, and are an odd assortment to put together, but their voicework is solid to carry you through the game. It’s a sense of familiarity and trust you can get behind. The local multiplayer returns in XIII, it’s a completely useless way to play the game on PC. I could see you making a case for it on consoles, but I think it would have been better served either removed or updated to be online multiplayer. As it stands, there’s only three maps and it’s a shallow pool to stand in. The inclusion probably felt necessary to have a feature-for-feature match here, but it just doesn’t hold up like it did then.

There’s some new and expanded collectibles in-game, one that gives you lore and greater details as to the conspiracy goings on, and others that give you models to admire. There’s also an achievements section to see what you’ve missed doing while playing. This section is pretty well put together.

The remake of XIII retains the style, but takes on a different form of artwork that some may not like. I thought the modern look gives each character more depth and detail that was missing before. It’s got a higher fidelity, and overall better look. What doesn’t look better is how jaggy and aliased the comic book black outlines are. Even when I cranked up the anti-aliasing to 8x MSAA, it didn’t smooth anything out. Prior to release, I was able to get the game close to 165fps, but after the “Day 1 Patch”, I hovered around 75fps with no other settings changed. There’s a weird instance where some animations, particularly when enemies are in their death throes that drop to 30fps. And this isn’t in a cool, comic book art style — it’s a “this looks bad” kinda way. Overall, the XIII remaster’s visuals are the best part of the game currently. In all honesty, XIII from 2003 wasn’t that great of a game to begin with. PlayMagic clearly wanted to modernize and improve what that game did, while keeping the integrity of the game in-tact. But for some reason or another, just couldn’t come through on that. The game’s best feature is its cel-shaded graphical fidelity, being a remake that looks better than it plays. If you manage to pick this up, though I’d recommend you wait for patches and updates, you’ll either appreciate what’s been done or be convinced to pick up XIII – Classic instead.