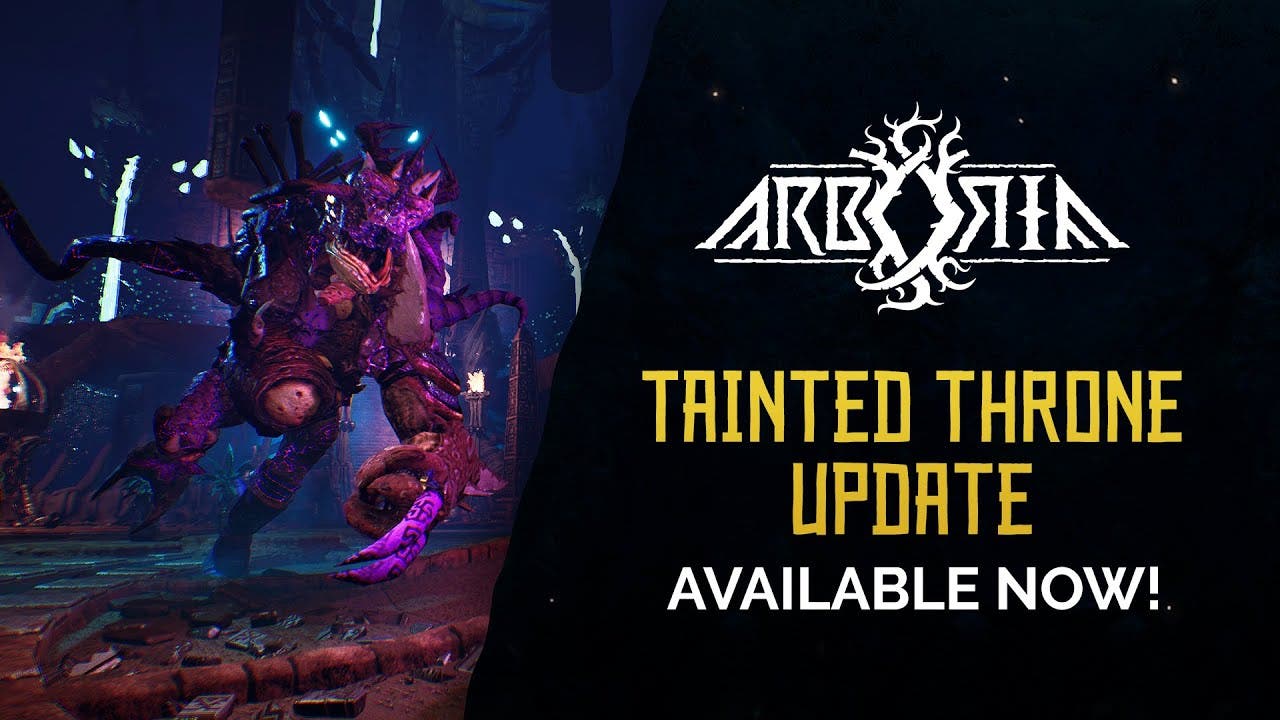 Krakow, Poland –November 20th, 2020— All in! Games is excited to announce the launch of the Tainted Throne update for Arboria, a challenging rogue-like slasher by Dreamplant Studio.

This update is the sixth major update to the Early Access title with more to come in the future.

New players can hop into the game today and benefit immediately from a -25% Steam sale from November 20th to November 27th.

In this update, players can rediscover Durnar with a slew of new upgrades, mutagens and even a brand new tail vendor. The update will also provide a new challenging boss and a brand new move-set with the Whip Symbiont.

Arboria is a 3D rogue-lite, third-person action RPG. As a warrior, a Yotun, explore procedurally generated dungeons, use a variety of tools to overcome challenges, obliterate enemies using Symbiotic Weapons and mutate to become stronger.

You will fight enemies in real-time dynamic combat that will challenge your skills. Dash, roll, attack. Adjust your combat tactics when facing various opponents and choose your symbiont weapons wisely—they will affect your combat style. For an additional advantage, make the best use of organic mutations.

In true rogue-like fashion, every death means new opportunities to test your new found skills. Warriors do not live long but they will remain forever in the stories and the blood of the Yotunz. The better you fight, the stronger and quicker future warriors will become.

Check the full development roadmap to find out what’s planned for the future: Arboria – Roadmap of Updates.