Claim in-game rewards and digital goodies for Cyberpunk 2077 on GOG GALAXY, regardless of where you own the game 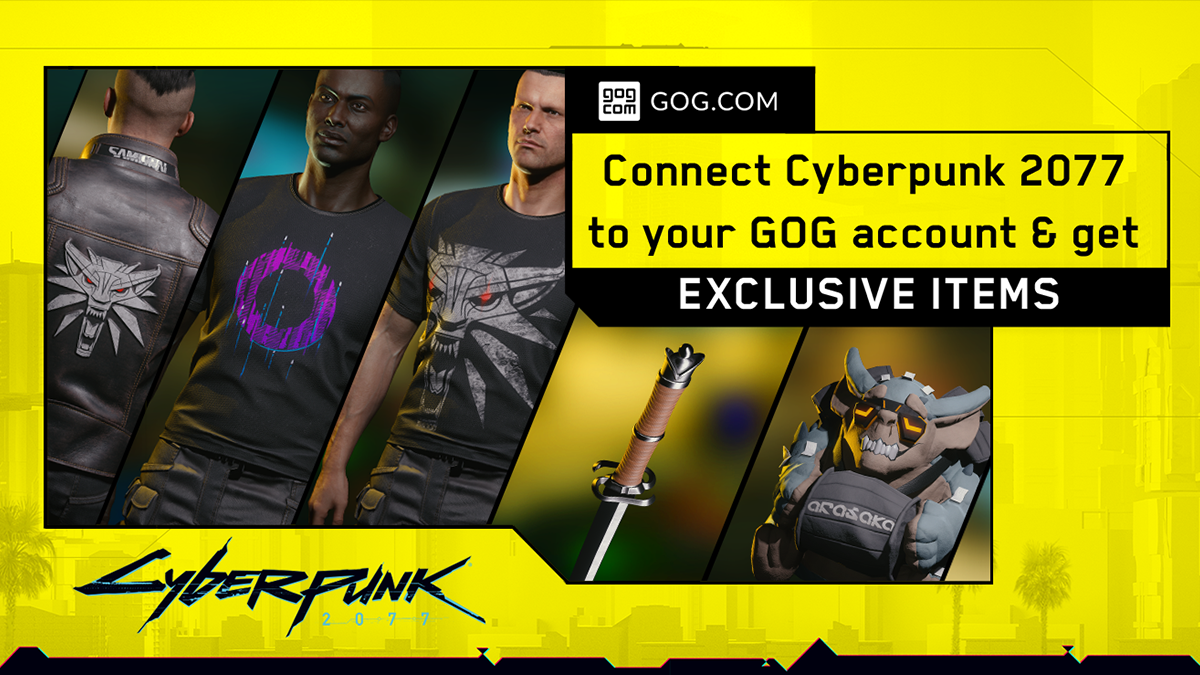 December 8th – A new rewards program announced by CD PROJEKT RED allows owners of Cyberpunk 2077 to claim some great rewards including digital goodies and in-game items. The best part is that the program works across platforms, no matter if you bought Cyberpunk 2077 on Playstation 4, Xbox One, Stadia, or any PC platform. While the rewards will be available to claim once the game is released on December 10th, you can prepare to receive them right away, with the help of GOG GALAXY.

What digital goodies and in-game items are available?

Every copy of the game, regardless of the platform, comes with a set of digital goodies, such as the original score, an artbook, a digital comic “Cyberpunk 2077: Your Voice”, a Cyberpunk 2020 sourcebook, and a set of wallpapers. The GOG.COM version of the game also includes additional digital comic “Big City Dreams”, print-quality posters, and more wallpapers and avatars. And for the cool Cyberpunk 2077 in-game items there are: The Witcher-inspired Wolf School Jacket and T-shirt, GOG GALAXY t-shirt, Black Unicorn blade or Shupe the Troll Plushy. All of the above rewards can be claimed just for connecting the game with your GOG account.

How to claim all the rewards with GOG GALAXY?

The most convenient way to access your digital goodies and claim all in-game rewards is using the GOG GALAXY application.

If you own Cyberpunk 2077 on GOG.COM, in-game items are unlocked automatically once you launch the game via the app. If you bought the game on Playstation 4, Xbox One, Stadia or other PC platforms than GOG.COM, launch GOG GALAXY and connect your gaming account where you own Cyberpunk 2077. Once the game shows up in your GOG GALAXY library, just launch it via the app. All in-game items will be waiting for you in the item stash located in V’s apartment.

When it comes to digital goodies, they can be accessed via the “Extras” tab on Cyberpunk 2077 game view in GOG GALAXY.

This is just the beginning and you can count on more in-game rewards being added in the future. To learn more about the rewards head over to cyberpunk.net/goodies, and to download GOG GALAXY visit www.gogalaxy.com.