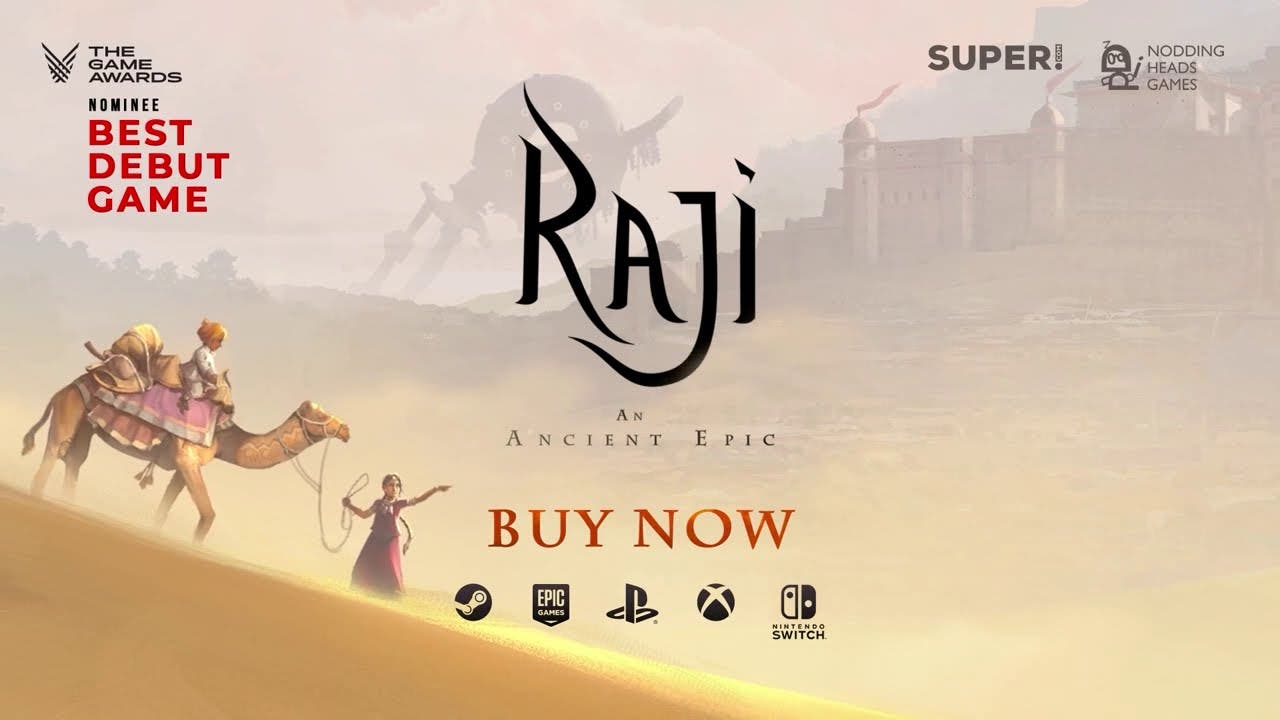 Raji: An Ancient Epic celebrates their nomination at The Game Awards with new trailer and limited-time sale

To celebrate The Game Awards we prepared a new trailer in Indian style for Raji: An Ancient Epic. Even though we have not won the nomination, we are grateful for all the support you’ve shown us throughout this year. To celebrate the occasion, we’ve put the game on sale for multiple platforms and are launching 1.03 version of the game for Xbox One today. This patch added two new languages (Hindi and Turkish) and fixed the issues reported by our players.

Raji: An Ancient Epic is a beautifully crafted action-adventure game that thrusts you into a deadly war between man and demons. Chosen by the gods to stand against a horrific demonic invasion, Raji, a young girl, must rescue her younger brother while defending the human race in a war with ancient demons. With a diverse line-up of weapons and powers gifted to her by the gods, you must master skills and think quickly as you adopt strategies to suit each situation.

Raji: An Ancient Epic is available on the Nintendo eShop, PC, Xbox One, and Playstation 4 for the temporarily discounted price