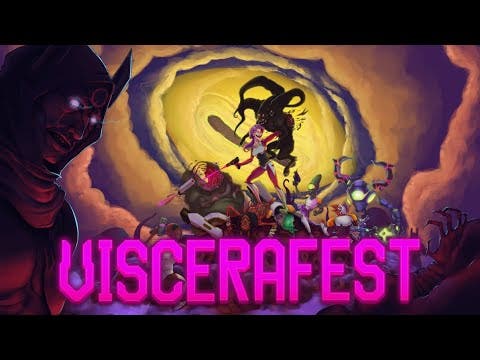 Revealed at Realms Deep 2020, Viscerafest is a sci-fi fantasy single player arena FPS where you take the role of Caroline, a bloodthirsty, psychopathic mercenary who wants nothing more than to marry her wonderful boyfriend Athens Fetter. Problem is money’s tight, and rings aren’t exactly cheap. But thankfully there may be hope for her yet, as a warlock named Cromune has acquired a rather hefty bounty on his head.

Fight through hordes of aliens and eldritch monstrosities wielding a slew of powerful weapons, juggling your resources, and exploring over 26 intricately designed hand crafted levels.