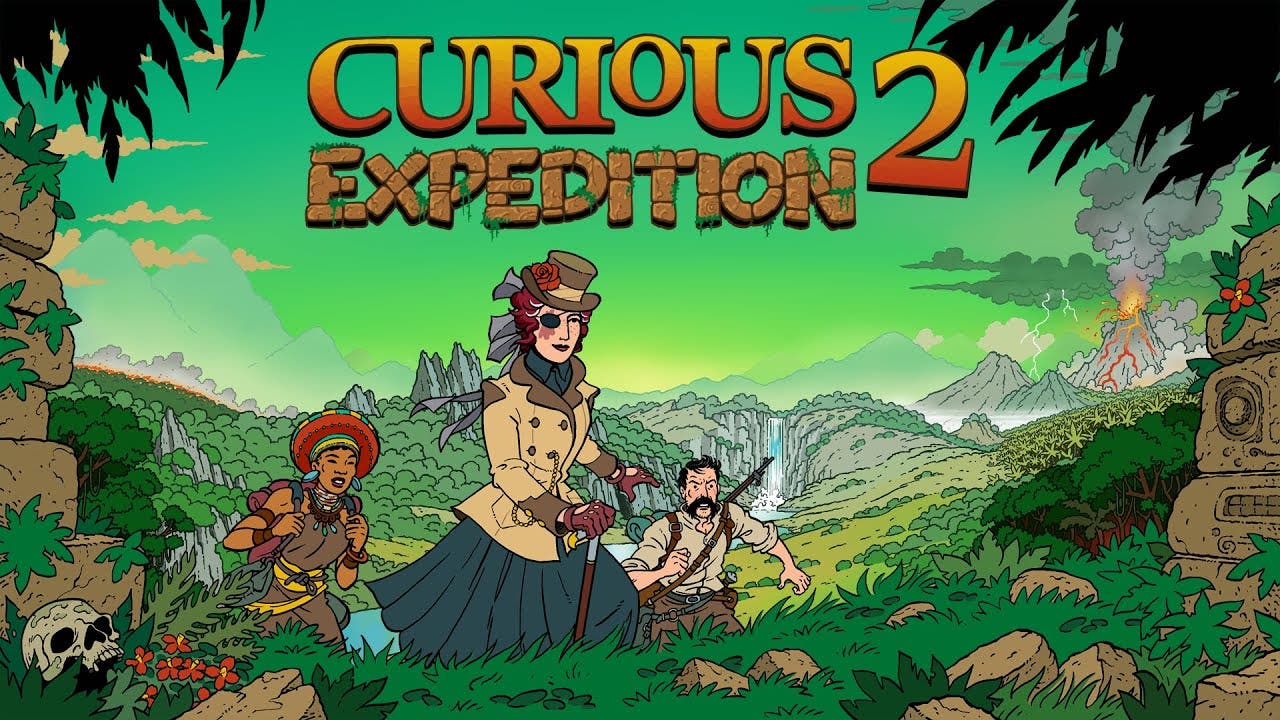 Gothenburg, Sweden – January 14th, 2021 – Thunderful Publishing & independent developer Maschinen-Mensch are excited to announce that their upcoming title, Curious Expedition 2 will be leaving PC (Steam®) Early Access and entering into commercial launch on January 28th. Maschinen-Mensch have been building the game and listening to community feedback to turn Curious Expedition 2 into the ultimate narrative roguelike experience.

While the PC release marks a major milestone for Curious Expedition 2, the adventure has only just begun! A console release on Nintendo Switch™, Xbox and PlayStation® platforms is coming later this year, along with an extensive post-launch content plan for 2021! To celebrate the announcement that Curious Expedition 2 will be launching in just two weeks, a new gameplay trailer has been released for the game, showcasing its beautiful audiovisual direction, charming writing, accessible, yet deep gameplay and branching story systems:

“We are so excited to reveal that Curious Expedition 2 will be out in just two weeks! Creating this game has been quite the journey in itself,” said Johannes Kristmann, Co-Founder at Maschinen-Mensch. “For all you adventurers out there, we wish you good luck on your travels. With a treasure trove of content planned and console versions too, there’s a lot more to come from us in 2021.”

In a reimagined late 19th Century, it is 1886 and the world is waiting with bated breath in the lead up to Paris World’s Fair. During this time, an immense discovery has been made: mysterious islands in the oceans have begun to appear, only to vanish soon afterwards, as if by magic. The three great Explorer Clubs of Paris are now funding expeditions to these strange islands in a bid to make bold new discoveries, to be exhibited in their stands at the upcoming World’s Fair. Take on the role of an intrepid explorer, assemble your crew, and come across all manner of unique cultures, flora, fauna, treasures and more. With a timeless art style inspired by the classic Franco-Belgian comics of the 20th century and an arrestingly charming orchestrated soundtrack, Curious Expedition 2 is a pulp adventure storybook come to life.

Using a combination of hand-crafted and procedural gameplay and story elements, Curious Expedition 2 creates completely unique and epic adventures every time you play. It tells its story through traditional choice-based adventure mechanics, but also adds in resource management, turn-based exploration and combat sections with dice-roll mechanics, and roguelike elements. It’s a curious mix of genres and subgenres, all wrapped up in a streamlined and accessible gameplay experience with powerfully dynamic options.

In Curious Expedition 2, no two adventures are ever the same. Your character and those you recruit are all procedurally-generated with specific classes, but with their own unique look, abilities, strengths and weaknesses. On your adventures, all manner of unforeseen circumstances can positively or negatively impact your progress, so careful resource and sanity management is needed to make it back home with your spoils – and your team! There are multiple expedition types, each with their own unique goals and events. Will you seek out the legendary Golden Pyramid, or choose to recover the Rainbow Orchid instead? Plunder ancient shrines, haggle with traders or indigenous tribes, loot ghostly pirate ships, and a whole lot more in your own procedural pulp adventure. In Curious Expedition 2, a world of unimaginable wonder and surprise awaits!