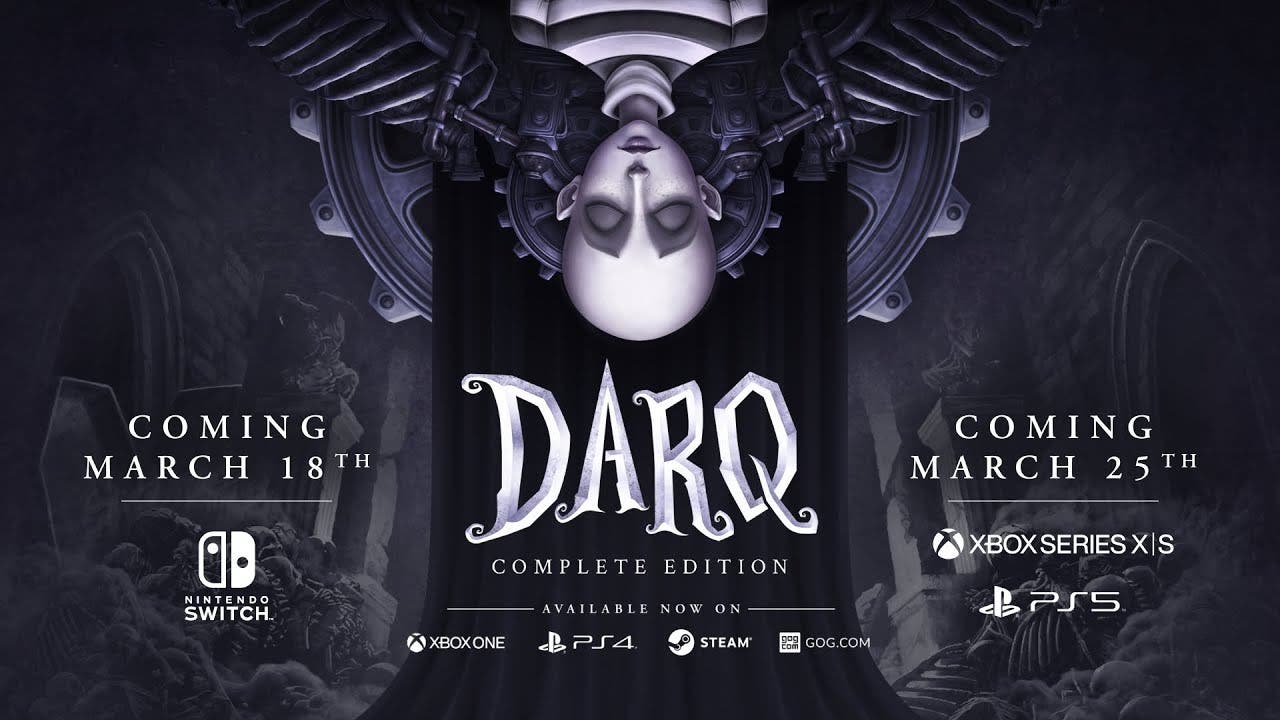 Retail editions for PlayStation 4, PlayStation 5, and Nintendo Switch will be available during the second quarter of 2021.

Fall into the DARQ as Lloyd, a boy who finds himself trapped in a lucid nightmare. Unable to wake up, Lloyd has to face his fears and explore the darkest corners of his subconscious in order to escape to the waking world. As Lloyd, you’ll survive the nightmare through stealth, physics-defying exploration, and find objects to solve puzzles and discover the way free.

About DARQ: Complete Edition
DARQ takes you on a journey through Lloyd’s dreams that quickly turn into a loop of nightmares. Each attempt to wake up sinks Lloyd deeper into his lucid, subconscious-driven dreams. Lloyd has to adapt to the new world, re-learn gravity, and stretch his mind in order to solve puzzles and sneak past the creatures guarding the corners of DARQ.

Will you decipher the true meaning of Lloyd’s dreams?