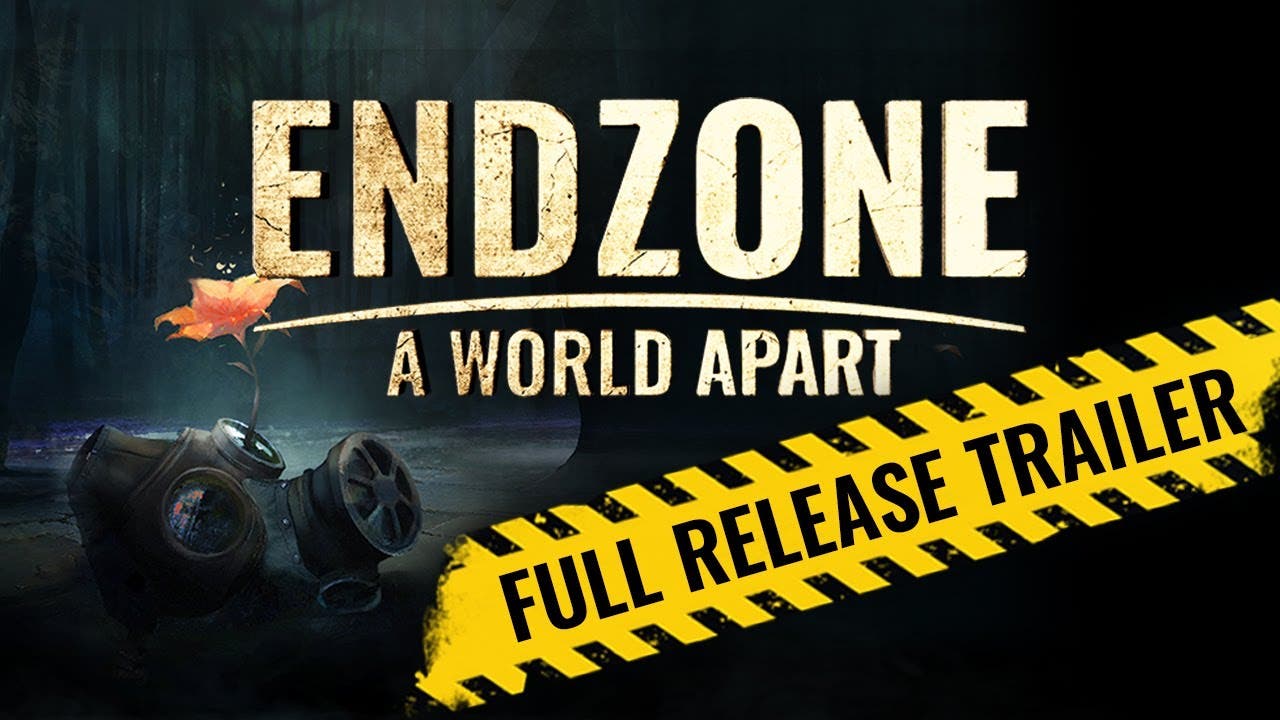 Endzone – A World Apart version 1.0 available on PC via Steam and GOG today

Wiesbaden, Germany (March 18, 2021) — Assemble Entertainment, an award-winning German publisher of indie games, and in-house development studio Gentlymad, are thrilled to announce today the full launch of Endzone – A World Apart. After a successful release in Early Access, the multi-award-winning survival city-builder is now available on Windows PC via Steam and GOG. The game, set in an irradiated post-apocalyptic future, pits players against an unforgiving wasteland ripe with all manner of danger and horrors, many of which mirror our own real-life global dilemmas: cataclysmic weather events, radiation poisoning, and rapidly disappearing clean water. Endzone tasks players with the ultimate responsibility — rehabilitate, restructure, and protect the last human beings on Earth.

“It’s been an extremely rewarding journey to get Endzone, in its final and most polished form, into the hands of players, and we couldn’t be more pleased with the final product,” said Stefan Marcinek, CEO of Assemble Entertainment. “The feedback from players and fans during our Early Access period was overwhelmingly positive at every turn, and our teams have put a lot of work into ensuring a quality experience for the fans who enjoyed the game in Early Access and those who’ll be discovering it for the very first time.”

With more than 170,000 units sold so far and enjoying a positive 82% review metric on Steam, Endzone – A World Apart puts players in charge of building and overseeing a colony of survivors eking out an existence in a world ravaged by nuclear fallout. Established colonies face realistic and terrifyingly prescient crises like radioactive soil, scarce clean water supplies, and tumultuous and deadly storms. In the game, humanity made itself Mother Nature’s enemy, and she’s not in a good mood! If that wasn’t enough to deal with, the developers have added a brand new (and highly requested) feature to coincide with the full launch: Raiders. These roving gangs of resource-hungry wasteland warriors have started pillaging settlements and stealing valuable assets. Fight them head-on or construct watchtowers, siren towers, and barricades to alert and defend the fragile, yet steadfast, colonies of Earth’s last-remaining humans!

During its Early Access period, Endzone sold more than 170,000 copies and rose to fantastic critical acclaim, with PC Gamer stating, “In a crop of games that may as well be clones, Endzone has something that sets it apart…,” and Windows Central saying the title “…has the potential to be the best apocalypse simulator ever.” Endzone – A World Apart was also nominated for Best Indie Game at the German Developer Awards and Best Strategy Game at Gamescom 2020.

Key Features of Endzone – A World Apart Include:

To celebrate the launch, the development team at Gentlymad will host a livestream on Twitch at 2:00pm EDT/ 11:00am PDT today to showcase gameplay, demo the new content and features, and answer questions from fans and press.

In keeping with the game’s theme, Endzone – A World Apart is available as one of Assemble’s “Save the World” editions, which comes with extra goodies like the official soundtrack. Assemble has partnered with the environmental activist organization One Tree Planted for Endzone’s Save the World Edition, which means for every copy sold, the company plants an actual, real-live tree. To date, more than 40,300 trees have been planted around the globe as a result of the partnership.

Endzone – A World Apart is now available on Steam and GOG for Windows PC for $29.99 USD, and the “Save the World” edition is available for $39.99 USD. As a limited-time special offer, Endzone – A World Apart can be purchased for $23.99 USD as a promotional launch discount. Learn more and join the 170,000 players currently enjoying Endzone by visiting the store page here.