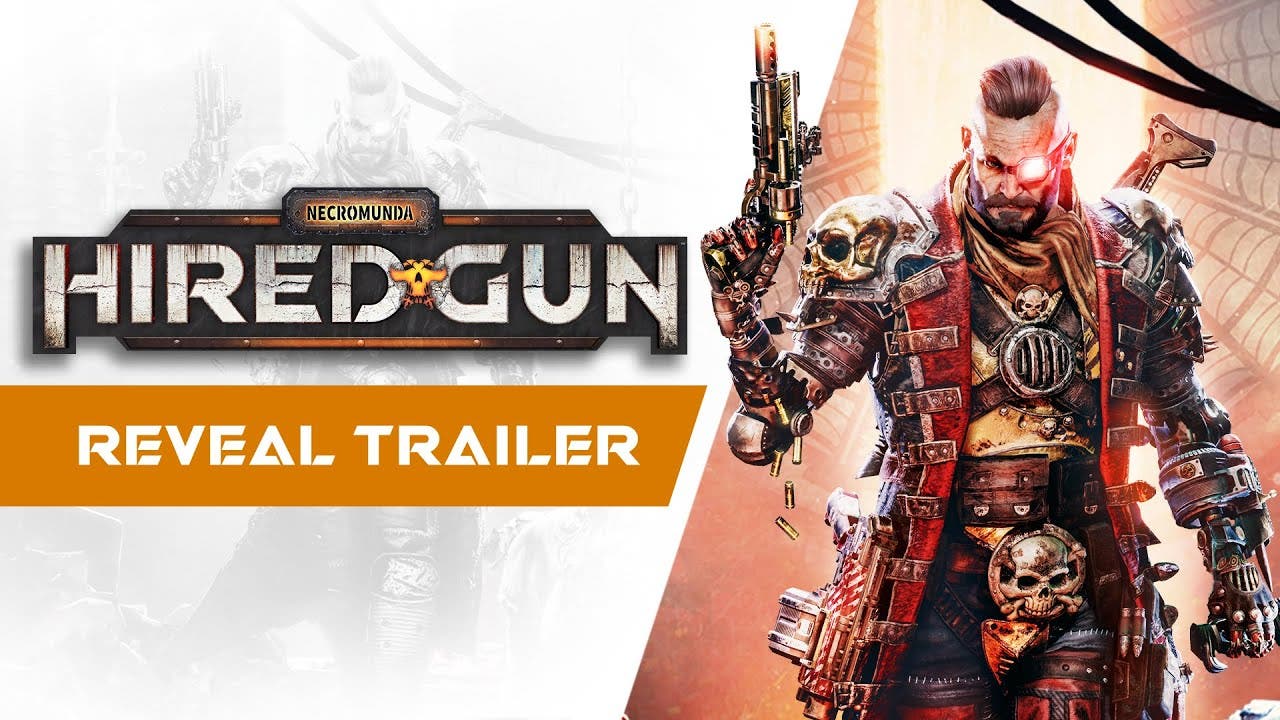 PARIS — March 18, 2021 — Focus Home Interactive and Streum On Studio are delighted to announce a thrilling new FPS based in the Warhammer 40,000 universe: Necromunda: Hired Gun! Set in Games Workshop’s infamous dystopian cityscape of Necromunda, where gangs battle for survival in a nightmare underhive, Necromunda: Hired Gun is expected to launch on June 1, 2021, for PlayStation®5, Xbox Series X|S, PlayStation®4, Xbox One and PC.

Developed by the passionate indie team of Warhammer 40,000 diehards at Streum On Studio (makers of Space Hulk: Deathwing), Necromunda: Hired Gun is fast-paced and brutal, giving you endless options for engaging your enemies. Wall-run, double-jump, and use your wrist-mounted grappling hook to rush, disarm, and evade enemies. And then there’s the upgrades — everything from your brain to legs and even your pet dog can be enhanced as you earn money from contracts.

Your cyber-mastiff is your only true companion — half-dog, half-robot, and fully ready to strike in exchange for treats. Your canine friend can warn you of enemies and insta-kill them with a bite to the neck, so keep him healthy in return with the best augments money can buy!

Players can pre-order Necromunda: Hired Gun today at a special discount and claim the exclusive “Hunter’s Bounty” pack as a bonus, featuring a new look for your knife, revolver and outfit, plus a unique chew toy for your dog.