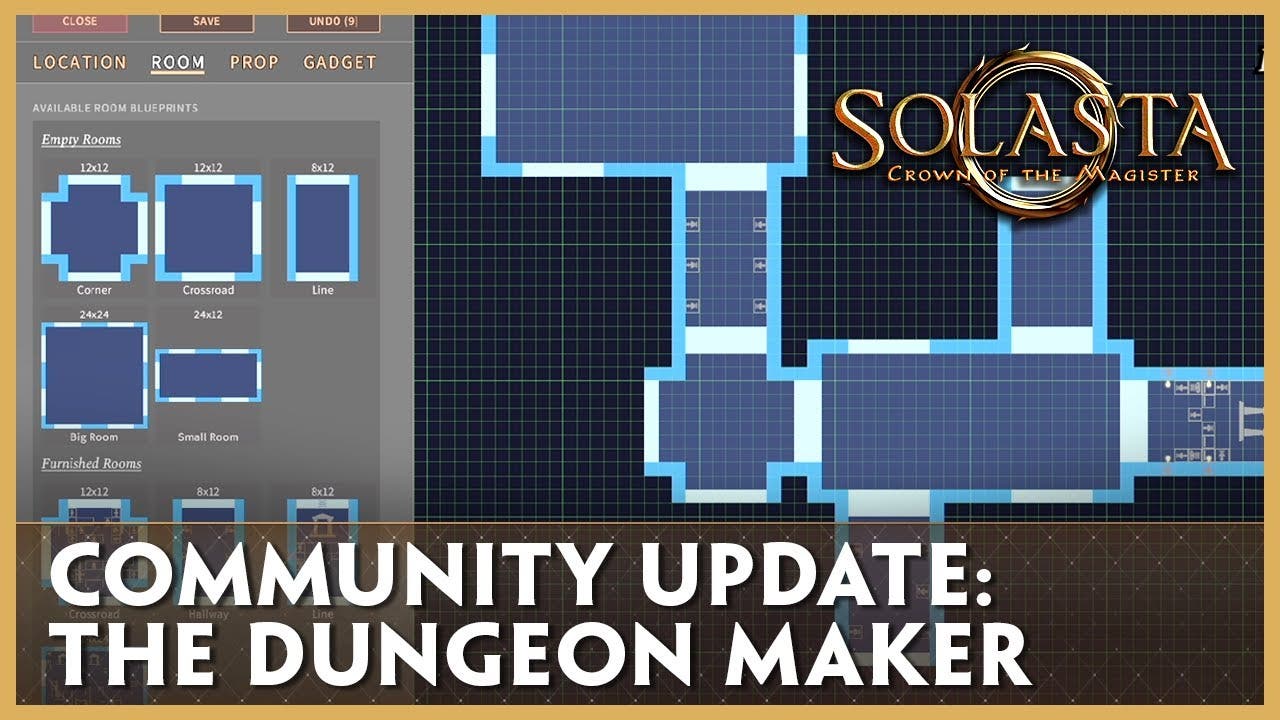 The Spring update will feature a Beta version of the highly requested Dungeon Maker, a tool that allows players to create and customize their own dungeons, bring them into the game to play, as well as share with other players to enjoy.

Wizards of the Coast has granted Tactical Adventures a license to use the Dungeon & Dragons SRD 5.1 content and rules in Solasta: Crown of the Magister.

Solasta is a team-based tactical role-playing game where each character plays a critical role in the campaign and can be a hero. The dynamic and mysterious world features elements of verticality, allowing players to use their surroundings as an element of strategy. Players can position ranged characters on high vantage points or send their rogue down into shafts and caverns to scope out what lies ahead. In Solasta, light is a tool to explore the depths and hallows of dungeons or can be used as a weapon against the creatures of the dark, but if players are not careful, it will give away the party’s position to nasty creatures bent on their demise.