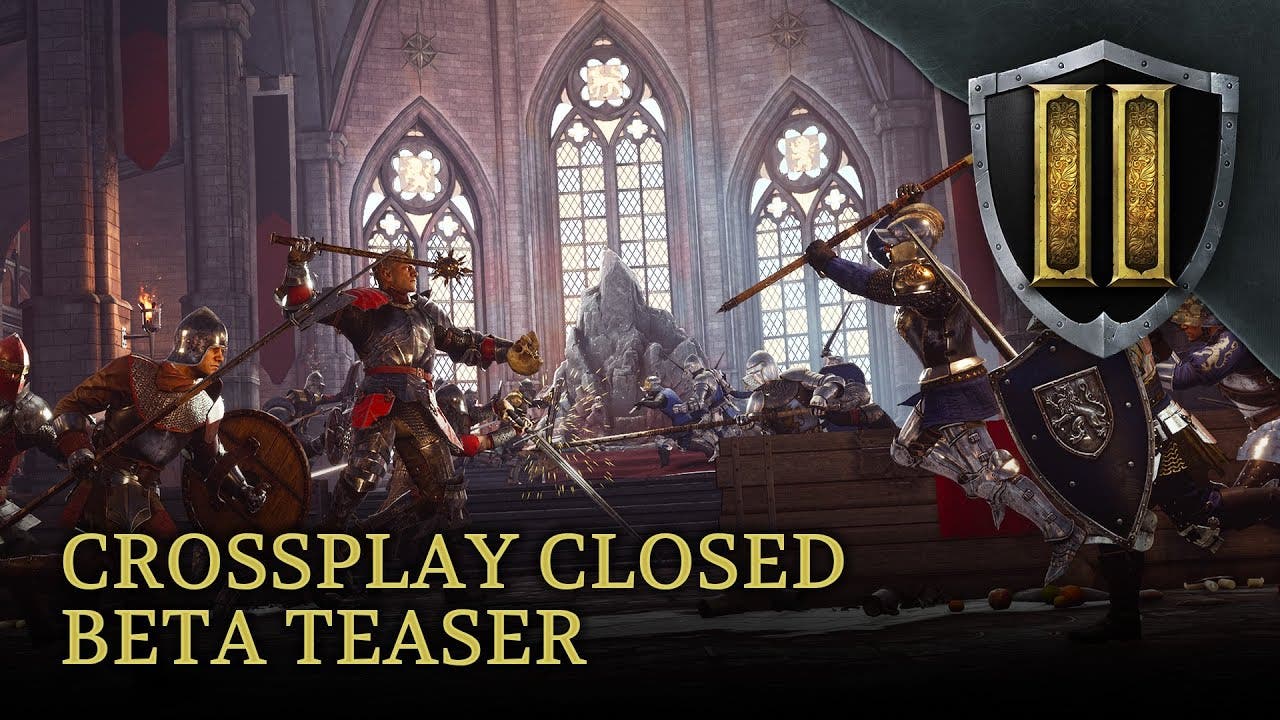 Both retail and digital console pre-orders are live today for the PlayStation®4 and PlayStation®5 computer entertainment systems, the Xbox One family of devices, and the Xbox Series X/S console systems for both the standard edition of Chivalry 2 (MSRP $39.99, €39.99, £34.99) and the Chivalry 2: Special Edition (MRSP $49.99, €49.99, £44.99). All digital pre-orders for both console and PC (via Epic Games Store) include guaranteed access to the Chivalry 2 Cross-Play Closed Beta, scheduled to run from Friday, April 23 at 10:30am EDT through Monday, April 26 at 10:30pm EDT.

In addition, Chivalry 2 will offer pre-order incentives across the standard and special editions. The standard edition pre-order of Chivalry 2, available for both digital and retail, will grant players the Royal Zweihänder weapon skin. The Special Edition, offered for digital pre-order only, comes with additional exclusive items in addition to the Royal Zweihander weapon skin, to further enhance the Chivalry 2 gameplay experience.

Please visit the official website to pre-order Chivalry 2 and find details and pre-order purchase links for both standard and special editions on all available platforms.

Chivalry 2 also supports free cross-generational upgrades from current-gen versions when you upgrade to a PlayStation 5 or Xbox Series X/S system.

To celebrate this news, and to prepare players for the upcoming Cross-Play Closed Beta, Torn Banner has released two all-new videos detailing each of the battling factions featured in Chivalry 2. The Mason Order – For the Red and Black! Inspired by the virtues of strength, merit and dominance, the Mason Order has no respect for the weak and seek to crush any who oppose them. The Agatha Knights – For the Blue and Gold! The Agatha Knights are instilled with a strong sense of loyalty, duty and honor, and believe themselves to be the rightful rulers of the land.

Additional details on what players can expect from the upcoming Chivalry 2 Cross-Play Closed Beta include:

Chivalry 2 will be released for PC exclusively on the Epic Games Store and through selected online retailers via Publisher Iceberg Interactive.