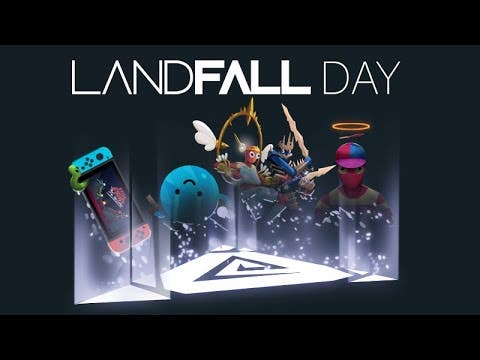 Landfall decrees today “Landfall Day”, because they just released four games at once

STOCKHOLM, APRIL 1ST, 2021 – In the spirit of April Fool’s, Developer Landfall has announced during the Landfall Day digital showcase that they will be releasing not one, not two, but FOUR games today: Rounds, a completely new Landfall game, Totally Accurate Battle Simulator hits 1.0 and adds multiplayer on Steam and the Epic Games Store, a massive rework of Totally Accurate Battlegrounds goes live and the game becomes free-to-play, and Stick Fight: The Game hits the Nintendo Switch. It’s all happening for real, today!

“We always do some kind of April Fool’s joke for April 1st, but this year we thought we’d play one on ourselves by releasing four games in one day.” – Petter Henriksson, COO of Landfall.

Second, Landfall is revealing and releasing Rounds, a brand new 1v1 roguelike shooter where each round gets more intense! Combine powerups in the weirdest combinations possible and take the fight with your friends locally, online, or via Twitch matchmaking. Rounds is releasing today on Steam for $4.99 USD.

Third, Totally Accurate Battlegrounds will now be free-to-play! To celebrate this, a massive refresh has been made to its network system and UI. As well as a completely new map filled with fresh weapons, attachments, and things that go boom. TABG was originally made as an April Fools joke from Landfall. The joke just got big. Real big.

Finally, Stick Fight: The Game is releasing on Nintendo Switch for $7.50 USD. Stick Fight: The Game is Landfall’s 2017 physics-based couch/online fighting game where you battle it out as the iconic stick figures from the golden age of the internet, and it’s a beloved Landfall title with 4.7m digital copies sold. Its long time in the making Switch release is finally here!