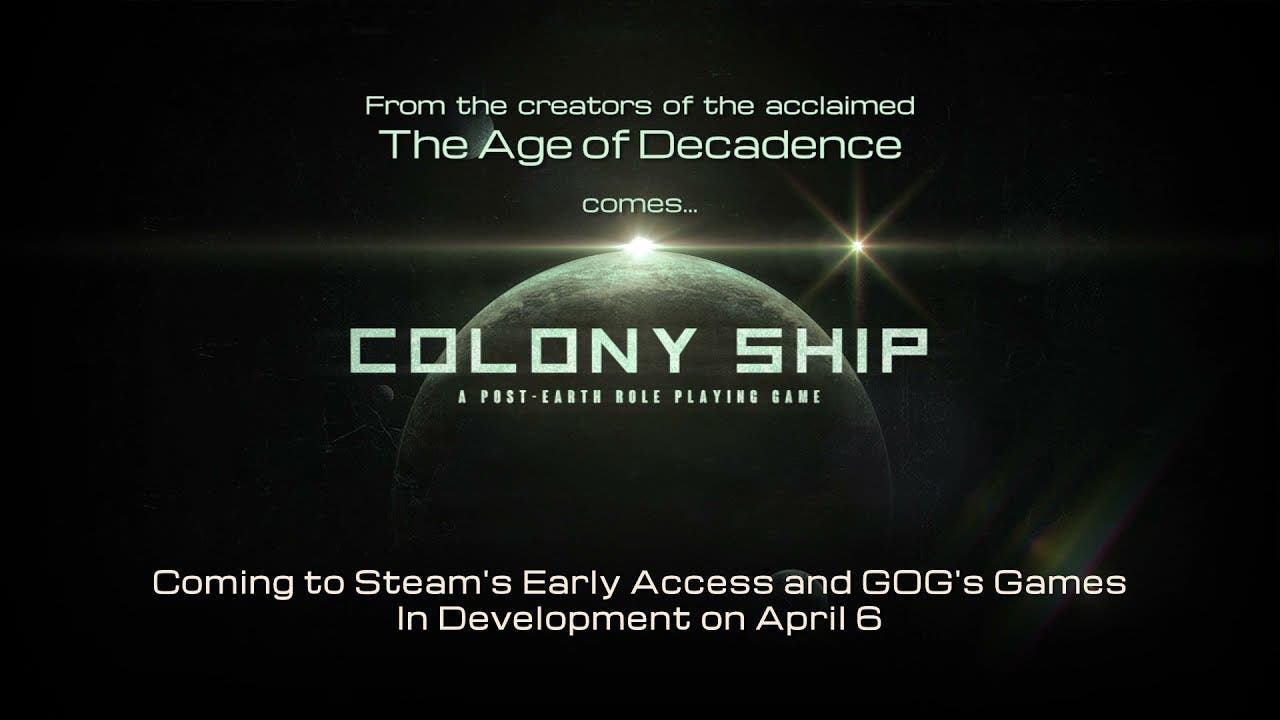 Colony Ship: A Post-Earth Role Playing Game is a turn-based, party-based RPG set in the far-flung future and has arrived in Early Access on Steam and GOG

You will never feel the sun’s warmth under a blue sky, never hear the wind in the branches of a tree, and never swim in the ocean, all because you had the misfortune to be born on the Ship, chained to a fate you didn’t choose. You have never seen Earth and you’ll never see Proxima Centauri either. You’re doomed to live and die on the Ship in the name of the Mission, like your father before you, like his father before him.

The Ship is old. She had already been twenty years in service when she was rechristened Starfarer – a pretty name for a retrofitted interplanetary freighter. No one is certain the Ship will actually reach its destination, and nobody much cares, since no one alive now will live to see it. Might as well get on with your life and try to make the best of it.

Colony Ship is an isometric RPG inspired by Heinlein’s Orphans of the Sky. Your character’s world is a “generation ship,” a massive spacecraft on a centuries long voyage to colonize a distant planet. The Ship’s original government has been disbanded following a violent mutiny and you must negotiate a treacherous path among your fellow passengers and the contentious factions striving to dominate the Ship. Your choices alone will determine who your friends and enemies are.