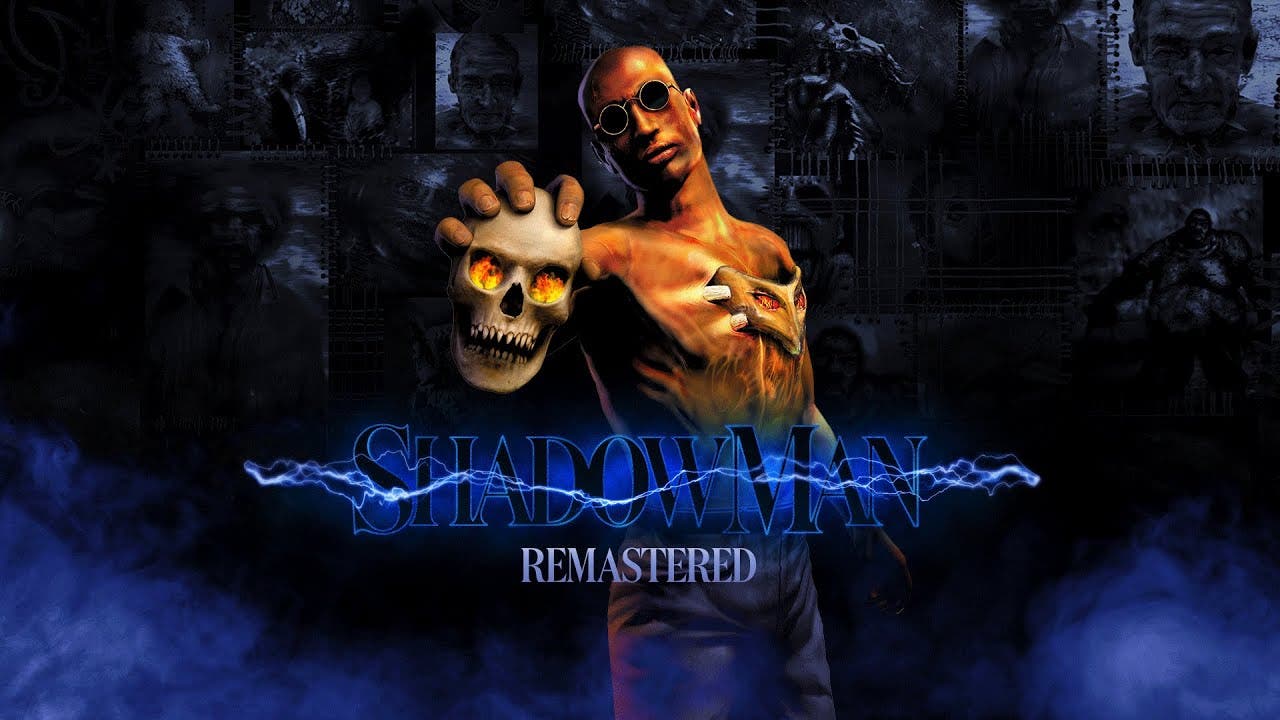 SHADOW MAN: REMASTERED takes the cult-classic and brings it howling into 2021 with modern trappings like 4K widescreen and HDR support, anti-aliasing, and a host of other stunning improvements.

What do you get when you combine Voodoo mythology, an interdimensional war for the souls of humanity, and Jack the Ripper? SHADOW MAN…

Shadow Man is the brave and powerful supernatural hero who protects humanity from the sinister demons that lurk in the Deadside and spill into our world. The SHADOW MAN video game was originally developed by Acclaim Studios and published for the PC, PlayStation, Nintendo 64, and Dreamcast in 1999. Considered a “lost classic” for years, the PC version of the game was published again in its original form by Nightdive Studios in 2014. SHADOW MAN: REMASTERED was updated using Nightdive’s proprietary KEX engine which has been used to restore classic video games across all digital platforms including System Shock: Enhanced Edition, Turok, Turok 2: Seeds of Evil, Blood: Fresh Supply, and Forsaken Remastered.

“SHADOW MAN is the perfect franchise for the remaster team at Nightdive Studios,” said Stephen Kick, Nightdive’s CEO. “It has a dark, unique setting and is a cult-classic with a significant fan base. We’re extremely pleased with how the remaster turned out and can’t wait for players to jump back into the world of Michael LeRoi, joining his fight to keep Deadside at bay — this time in glorious 4K.”

“It’s a testament to the popularity of SHADOW MAN that we’re able to tell his story across two different mediums this month nearly three-decades after he was first introduced to the world,” said Russell Brown, President, Consumer Products, Valiant Entertainment. “Working with Nightdive to revitalize the classic SHADOW MAN game was a joy, and we’re so excited to welcome back existing fans of the game and comic book series, as well as introduce the franchise to newcomers.”

SHADOW MAN: REMASTERED retails for 19.99 USD. A special launch-week promotion reduces this temporarily to 14.99 USD (25 percent off) at launch. Customers will also receive free digital comic copies of the original SHADOWMAN issue #1 (2018) and a preview of the upcoming SHADOWMAN issue #1 (2021).