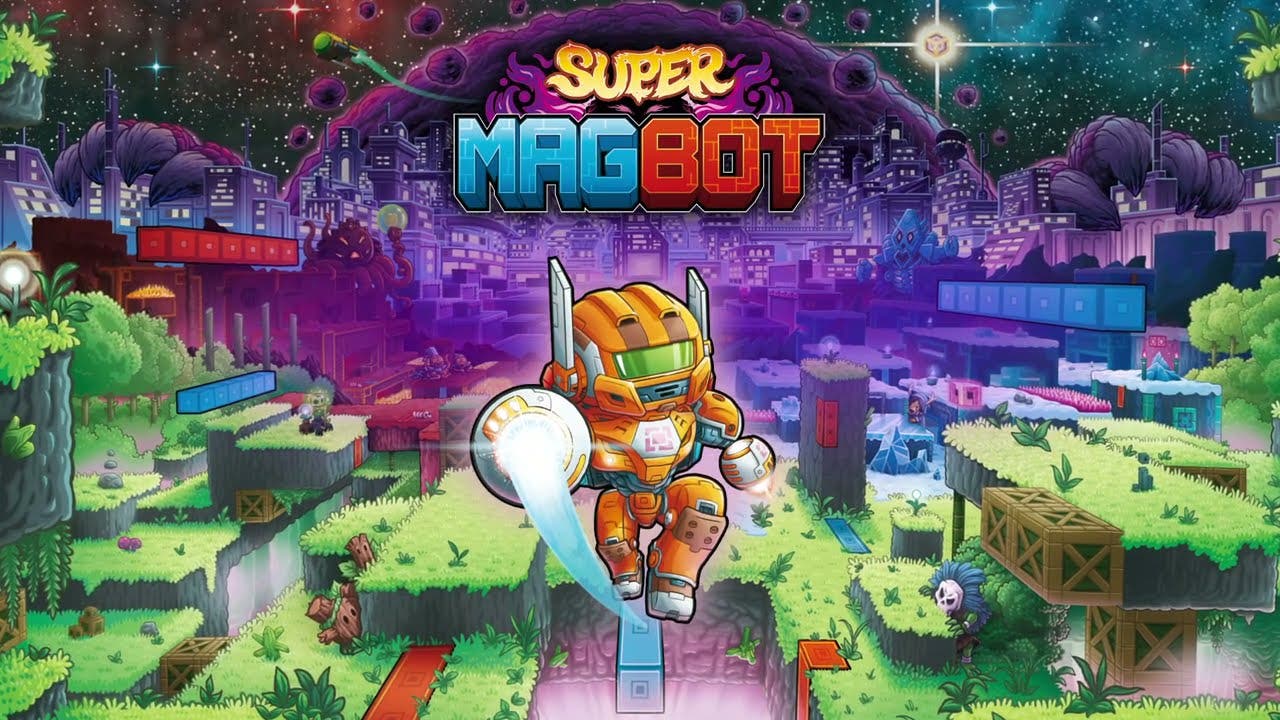 Magnet-based platformer, Super Magbot gets a PC demo today with the first 15 levels

Thursday, 29th April 2021 – Team17 and Astral Pixel are powering up for the release of puzzle-driven, magnetic platformer, Super Magbot, on PC later this year with today’s release of a debut demo available on Steam. Poles apart from any other games in the field, Super Magbot sees players control the character of Magbot, an endearing robot who uses blue and red magnetic beams to attract and repel themselves across the platforms, perils, and pitfalls of the game world.

Posing the question, ‘Are You Magbot Enough?’ the demo provides a taste of the challenging platforming set to feature in the full game later this year, where global leaderboards will be present for players to compete and post their best times. The most talented players can also collect more more difficult Star Fragments hidden in tricky locations in each level too, providing an extra layer of challenge. These colourful 16-bit worlds also hide additional secrets to uncover as Magbot unravels the intergalactic mysteries of the adventure.

In the demo, players can access the first 15 levels and a timed set of harder levels from later in the game, with players able to head back into these challenges multiple times to try and beat their score. Using the hashtag #RUMagbotEnough, players can share their scores with others on social media to see who can be the Super Magbot.

Super Magbot is now available to wishlist on Steam ahead of launch, and to keep up to date with all information on the game, please like us on Facebook, follow us on Twitter, and join us on Discord.