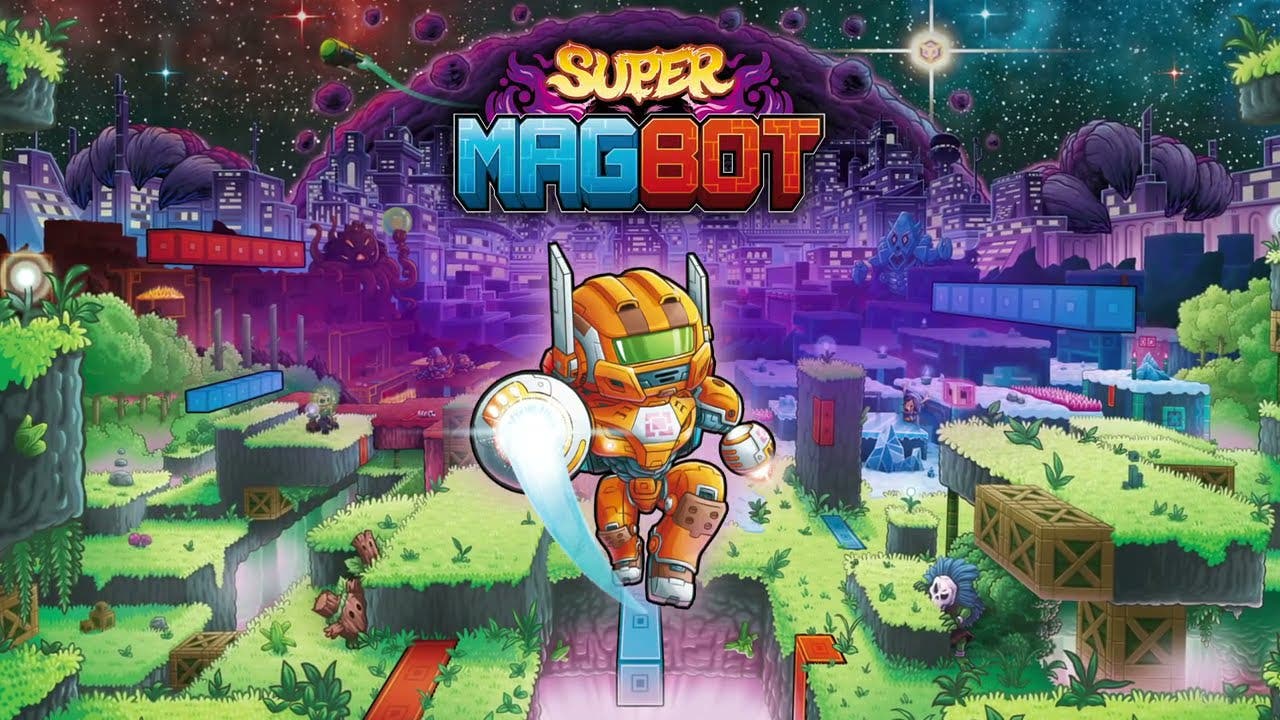 Thursday, 27th May 2021 – Team17 and Astral Pixel have today revealed that magnetic puzzle platformer Super Magbot is heading to Nintendo Switch™, alongside the previously announced Steam version, with both platforms attracting magnetic fun on 22nd June. A demo for Super Magbot on Nintendo Switch is available today, granting access to the first 15 levels and a set of tougher levels from later in the game.

Posing the question, ‘Are You Magbot Enough?’ the demo today provides a taste of the challenging platforming set to feature in the full game at launch, with global leaderboards present for players to compete and post their best times on social media using the hashtag #RUMagbotEnough. For talented players, Star Fragments are hidden in tricky locations across each level, providing an extra layer of challenge for completionists to savour. These colourful 16-bit worlds hide additional secrets ripe for players to uncover, as Magbot unravels the intergalactic mysteries of the adventure.

Super Magbot is now available to wishlist on Steam ahead of launch, and to keep up to date with all information on the game, please like us on Facebook, follow us on Twitter, and join us on Discord.