LOS ANGELES (May 7, 2021) – SQUARE ENIX® today announced that the battle royale action mobile game, FINAL FANTASY® VII THE FIRST SOLDIER, is now accepting pre-registrations for an upcoming closed beta test to be held from June 1 through 7, 2021. Players looking to prove themselves as prime SOLDIER candidates can sign up here through the Google Play Store, now until May 28, 2021.

In FINAL FANTASY VII THE FIRST SOLDIER, players will embark on an intense battle royale experience where they must fight to be the last SOLDIER standing. To do so, players will use magic and special abilities along with ranged and melee weapons to triumph on the battlefield. Players can choose between various styles, such as Warrior, Sorcerer or Monk, each of whom boast unique special abilities. In addition to other SOLDIER candidates, players must also contend with ferocious monsters who inhabit the outskirts of the city. By defeating them, players can gain experience needed to level up and unlock new weapons. Classic FINAL FANTASY elements abound in the game, such as rideable chocobos, powerful espers, including Ifrit, to summon and materia, which enables players to cast devastating spells. Players can customize their characters’ outfits and accessories, obtain various weapon and vehicle skins, emotes and more to create their own unique SOLDIER.

To see live gameplay of FINAL FANTASY VII THE FIRST SOLDIER, view a replay of the first official livestream, which aired earlier this morning from Japan: https://sqex.to/D7f0s

FINAL FANTASY VII THE FIRST SOLDIER is slated for release in 2021 and will be available as a free download with in-app purchases for iOS and Android devices. Text will be supported in English, Japanese, German, French, Spanish, Traditional Chinese and Korean.

FINAL FANTASY VII REMAKE INTERGRADE is available to pre-order now from local and online retailers, and digitally as a Standard Edition for $69.99 or Digital Deluxe Edition for $89.99 at the PlayStation®Store. For users who download the free FINAL FANTASY VII REMAKE PlayStation 5 enhancement update, the new episode featuring Yuffie, titled FF7R EPISODE INTERmission, will be available as a separate purchase on the PlayStation®Store for $19.99 starting June 10, 2021. 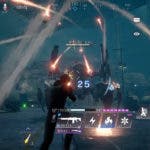 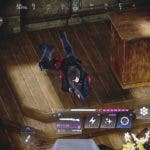 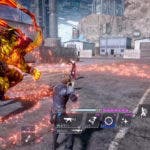 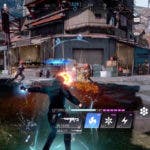 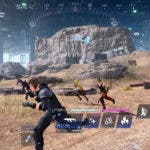