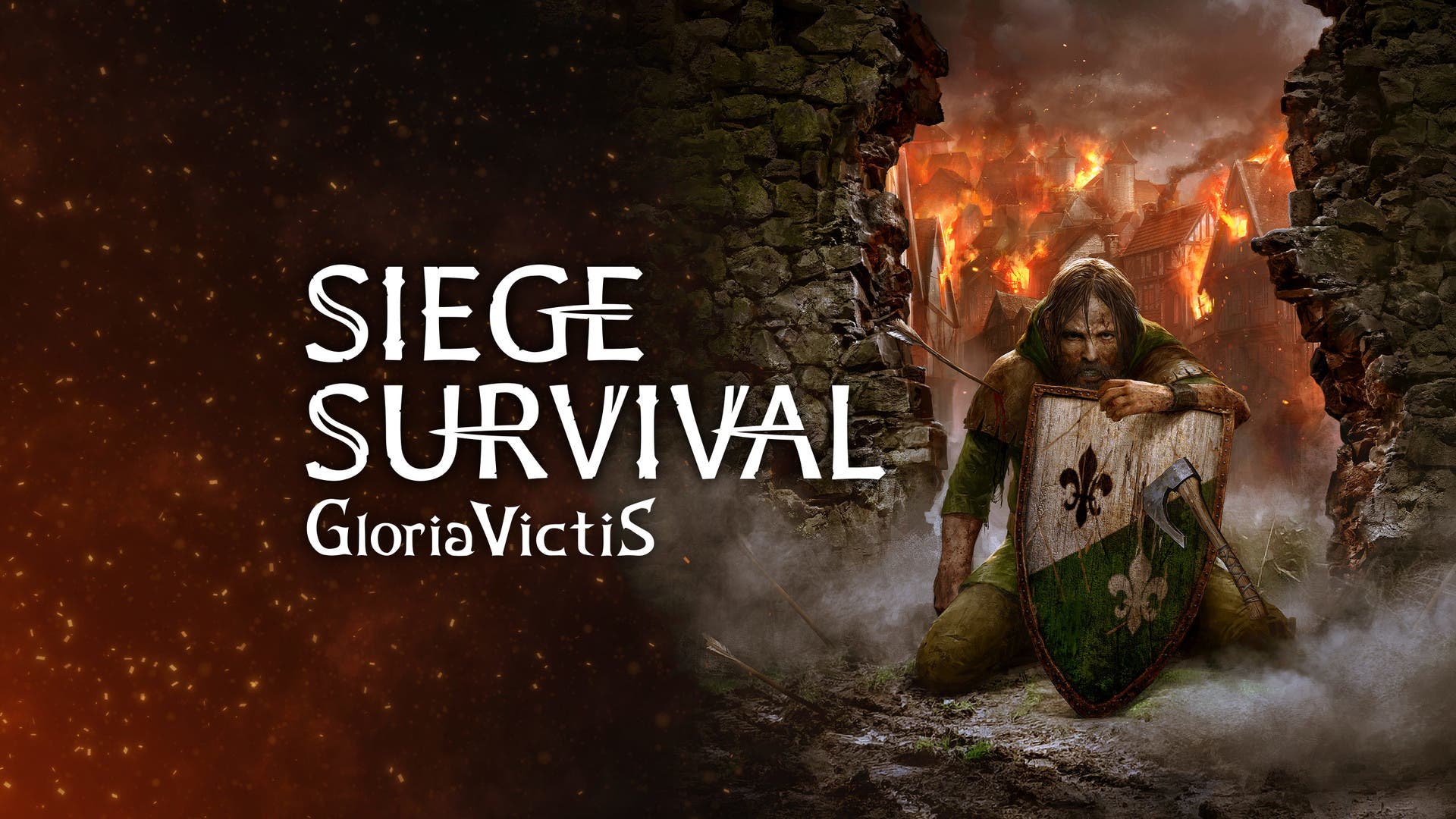 There are times where Siege Survival: Gloria Victis is clunky with its interface or systems, though it's not enough to be a deterrent. It's a game that lacks some polish, and could be cleaned up in patches. A lot of this game draws comparisons to This War of Mine, and that's not necessarily a bad thing, it just lacks the heart that game had. Siege Survival: Gloria Victis is lean on content and low on replayability, and without more scenarios available, makes it hard to recommend fully. 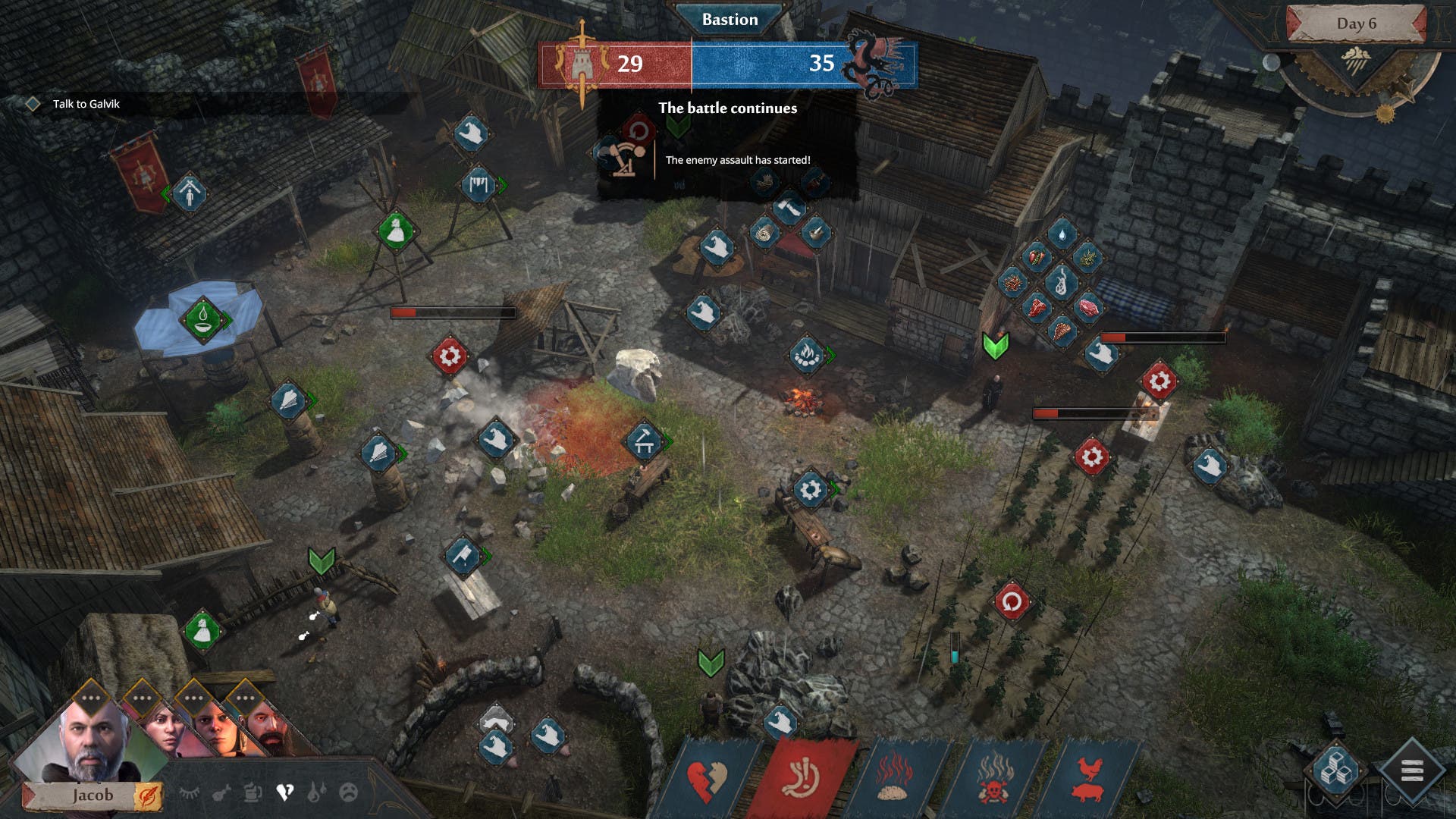 Upon starting a new game, the only thing available is the standard game front-loaded by a tutorial to teach you the basics, called Story. Once the training wheels are off, you’re totally on your own, with the game expecting you to have retained all the knowledge it gave you. I completed the main story in around eight hours, and through the course of play, I unlocked new ways to play the game. These options are just variations on the same scenario doesn’t introduce the diversity one would hope. To be clear, there is a single scenario in the entire game, “Edring’s Last Stand”. There’s basic modes of story, quick start, and explorer. Then you have three challenges that do make the game harder, but have different focuses. Lastly there’s a custom section for New Game+ and user-created scenarios. All of these feature the same map and characters. For $25, this is a rather steep price for how little you get, where replayability is short-lived.

The game has a slight twist in that you play as a peasant. There are named people, but they’re hollow husks without personality or character development for you to care about any of them. You and those you recruit are doing work to support the war effort like raising animals, building tools and supplies, preparing meals, and sending weapons to the battlefield to make your armies more effective. Unlike Gloria Victis the MMORPG, you won’t be getting into direct combat, but more on that in a bit. The 3D movement and individual character selection is a bit janky, but you can work around that. There will be story beats where you’ll have to pause and make a decision whether to help someone, or help your own, and those can have meaningful impacts. It’s a shame that the rest of the game doesn’t feel like that. While being the logistics of an ongoing defensive war, it’s easily the most unfun aspect of the game. 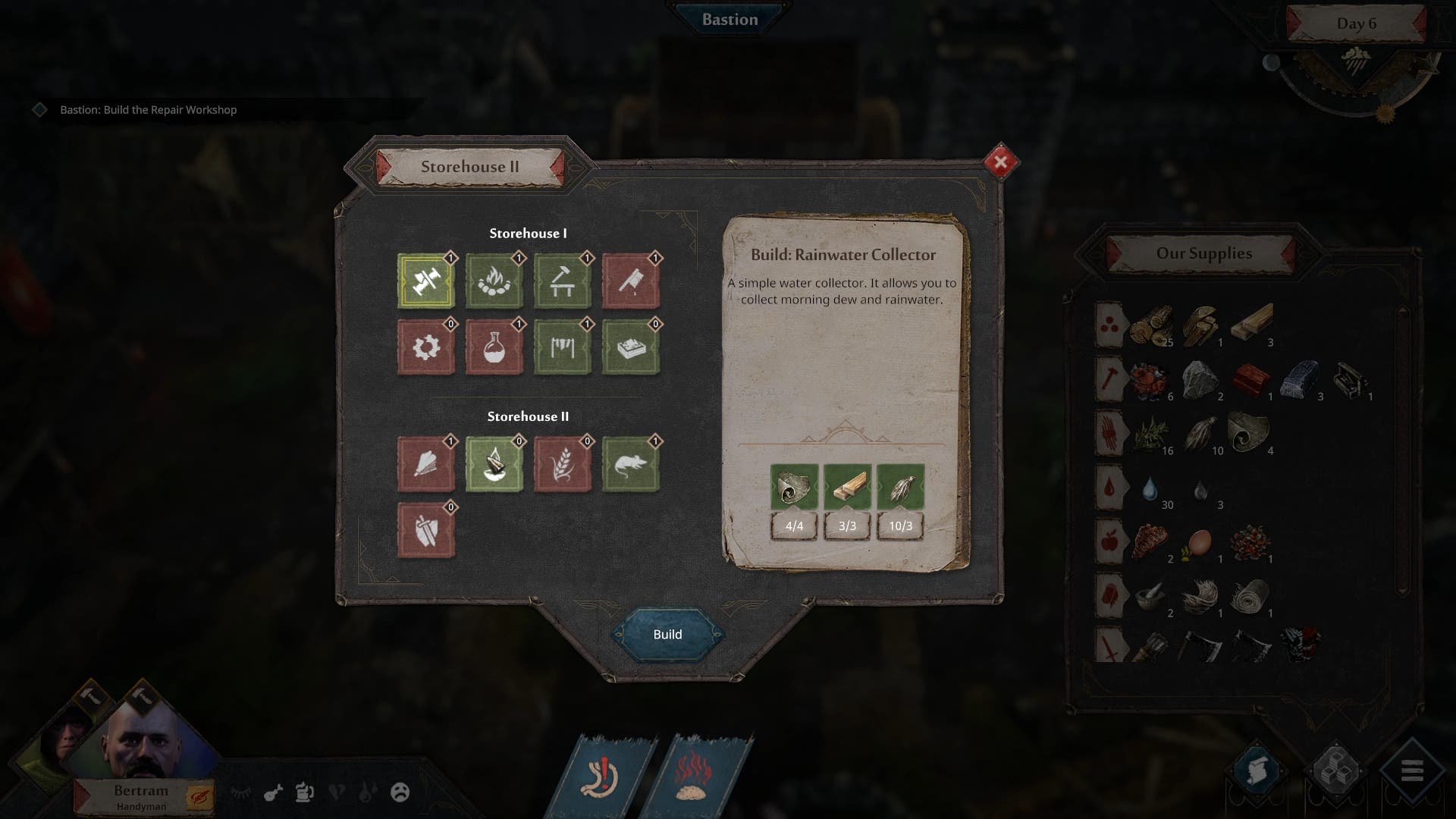 The gameplay of Siege Survival: Gloria Victis is split in two halves. There’s what you do in the day, then what you do at night. During the day, you’ll be building sawhorses for chopping up wood in different ways, rainwater collectors, repair stations, and even fireplaces. Each station has its purpose, and you’ll need all of them before you’ll truly be successful. Feeding and tending to your animals is crucial to keep the food supply going. Then if there’s been a recent battle, you’ll need to clean up the debris, put out fires, or repair anything that’s been damaged. It’s a lot of work, and it feels like there’s not enough time in the day to get it all done.

The thieves come out at night. When the sun sets, you’ll decide what to do with your peasants. One of whom will have to head into the enemy bastion to scavenge for supplies. This is something you do with direct control, and you’ll have to sneak through the city to do it. You can’t make too much noise, or you might attract the nearby patrolling guards. If you get spotted, you can stand and fight, or run for one of the exists. However, the next night, if you return to the same location, you’ll notice that security’s been beefed up, and you’ll have an even harder time trying to get out safely. There’s some really great tension to hide from patrols, or even making a daring escape. If at any point all of your peasants die, then it’s game over, and you need to reload a save from a prior day, or start completely over. This is a heavy burden to bear. 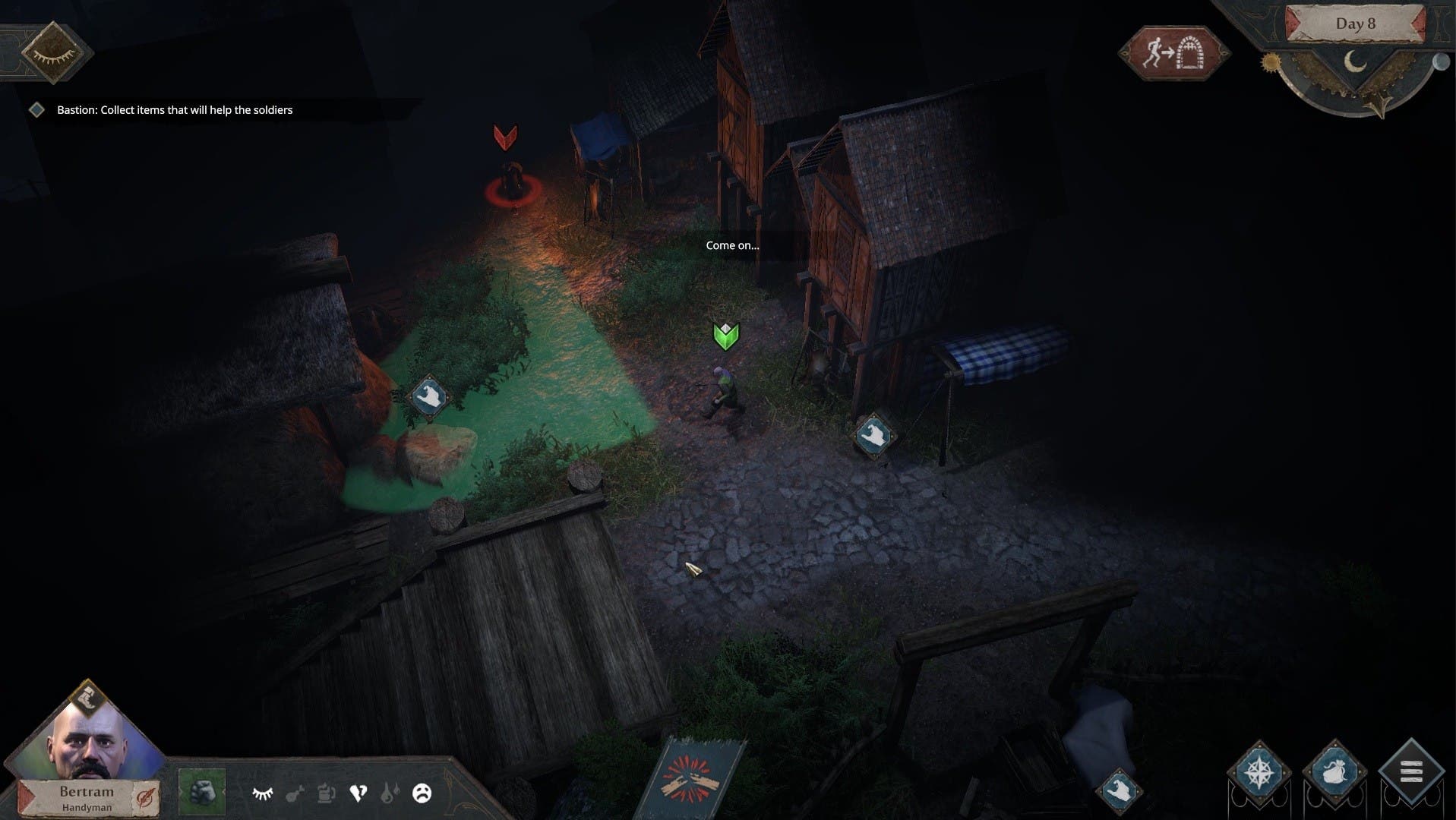 Now when the sieging happens to you, and the fight as at your front door, is when things also become exciting. During any battle, fire arrows are raining down, buildings are being damaged, stone is flying by. This is an isolated view of a battle you’re not a part of, but is at its most frenetic. I wish there was a way to see more, but by restricting what these peasants would see or be aware of is immersive, and absolutely stressful to endure.

At the start of each day, the game saves. While this sounds good in theory, this is terrible in execution. It’s because all of the work you’ll put in to that day, if you’re happy with how it went, means if what comes after goes poorly, then you’ll have to redo all that work. It would be better if the game saved at the start of each day and at the end, to help things be a bit smoother. This is really only a problem because there’s no manual saving to rely on, which would also relieve the unnecessary constraints. 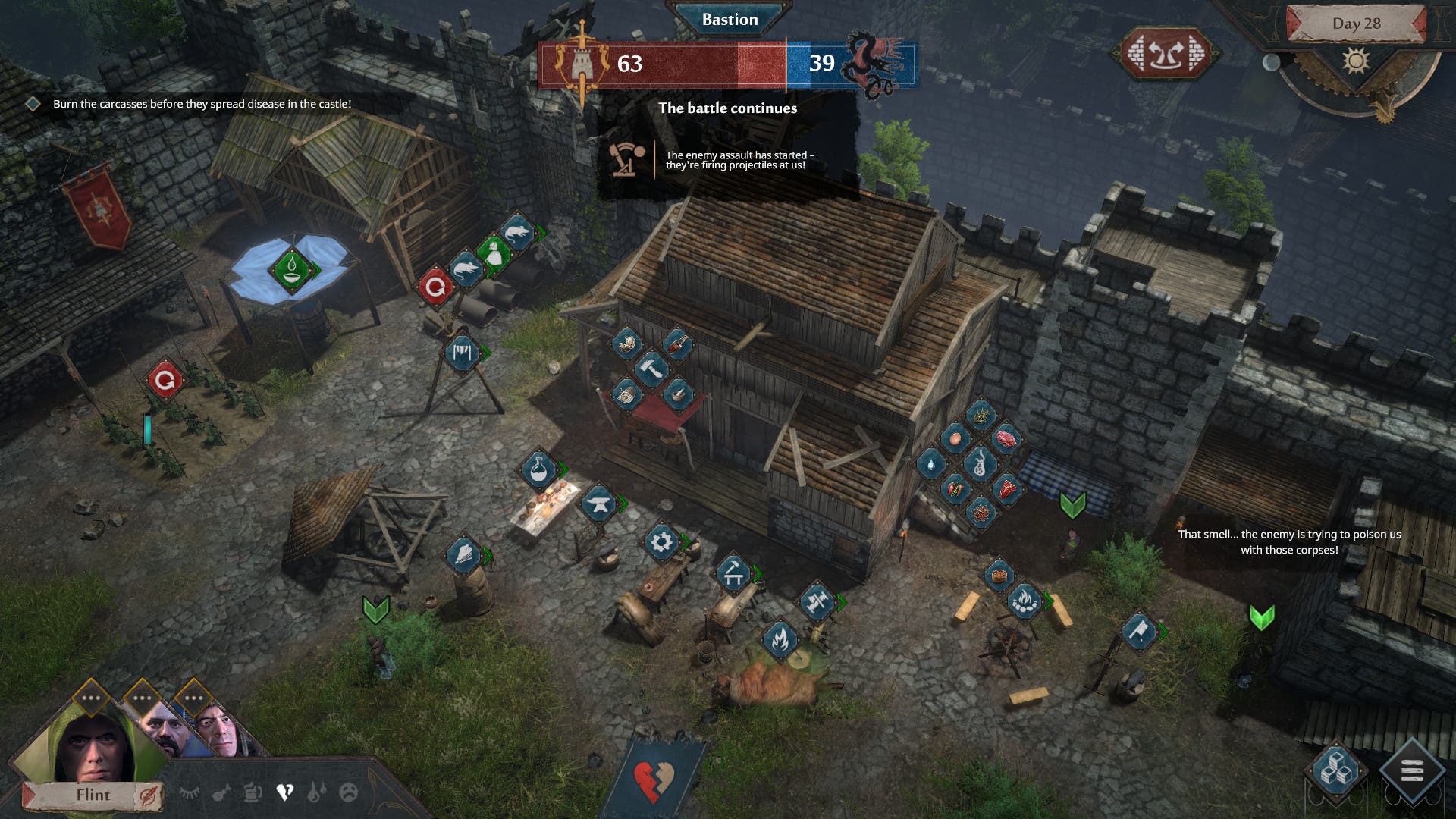 There are times where Siege Survival: Gloria Victis is clunky with its interface or systems, though it’s not enough to be a deterrent. It’s a game that lacks some polish, and could be cleaned up in patches. A lot of this game draws comparisons to This War of Mine, and that’s not necessarily a bad thing, it just lacks the heart that game had. Siege Survival: Gloria Victis is lean on content and low on replayability, and without more scenarios available, makes it hard to recommend fully.