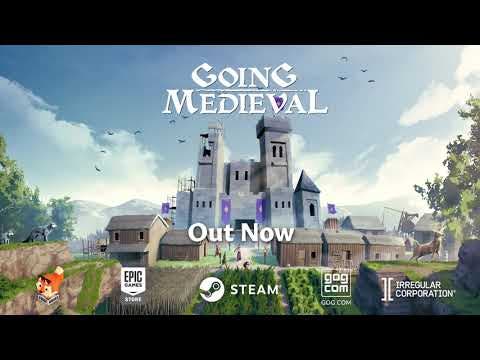 LONDON (June 1, 2021) – Winter has passed, the sun is shining and the people are ready to build a new future for themselves. And by that hastily-constructed metaphor, we of course mean to say that publisher The Irregular Corporation and developer Foxy Voxel are thrilled to announce that Going Medieval is available now in Early Access on Epic Games Store, Steam and GOG.com. The game launches priced at $24.99, with a 10% launch discount available until June 8 on Steam and GOG.com, and for the duration of the Epic Mega Sale on Epic Games Store.

Having been chiseled into shape by numerous beta tests and the feedback of a passionate and dedicated player community, Going Medieval offers a uniquely addictive blend of building, management and survival right from day one. But Foxy Voxel has much more to offer in the weeks and months to come, and has now shared a roadmap confirming a selection of the improvements and new features planned for the game’s Early Access period: 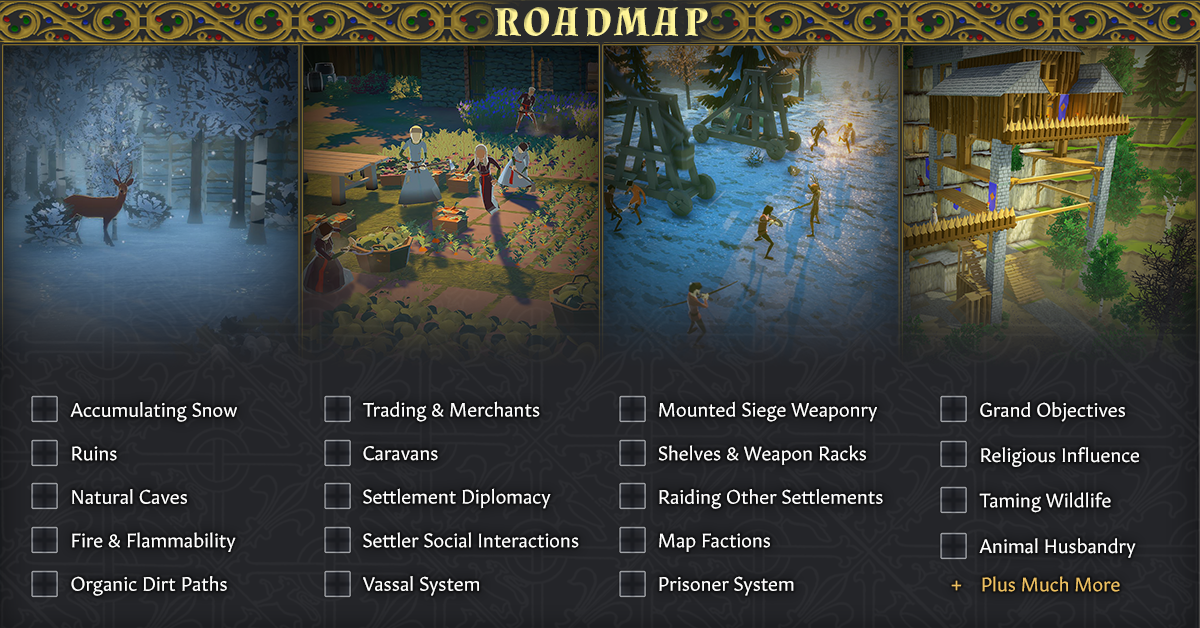 Going Medieval transports players back to the Dark Ages, as the known world recovers from a calamitous plague. Survivors have emerged from society’s ashes, and it’s up to you to help them settle in a dangerous land reclaimed by nature. Build your people a home, help shape their lives, and protect them from animals, bandits, and other dangers in a lawless post-calamity age.

Plan, create and build your settlement using a variety of materials at your disposal. Protect your settlers from the elements, including hunger, enemies and even the weather, and defend your colony from rival factions by building impenetrable, multistorey fortresses or strategically placed archers and traps. Observe your settlers, all with unique histories and agendas, to figure out how to best serve them – happy people are productive people, after all.

Going Medieval puts you in control in one of the most dark and dangerous periods of humanity’s history – navigate the dangers or perish like so many before you. With almost infinite replayability, no two playthroughs are the same.

Going Medieval is available now in Early Access on Epic Games Store, Steam and GOG.com. Keep up with the latest news on Twitter @going_medieval, connect with developers Foxy Voxel @FoxyVoxel and compare settlements with the folks at The Irregular Corporation @IrregularCorp.