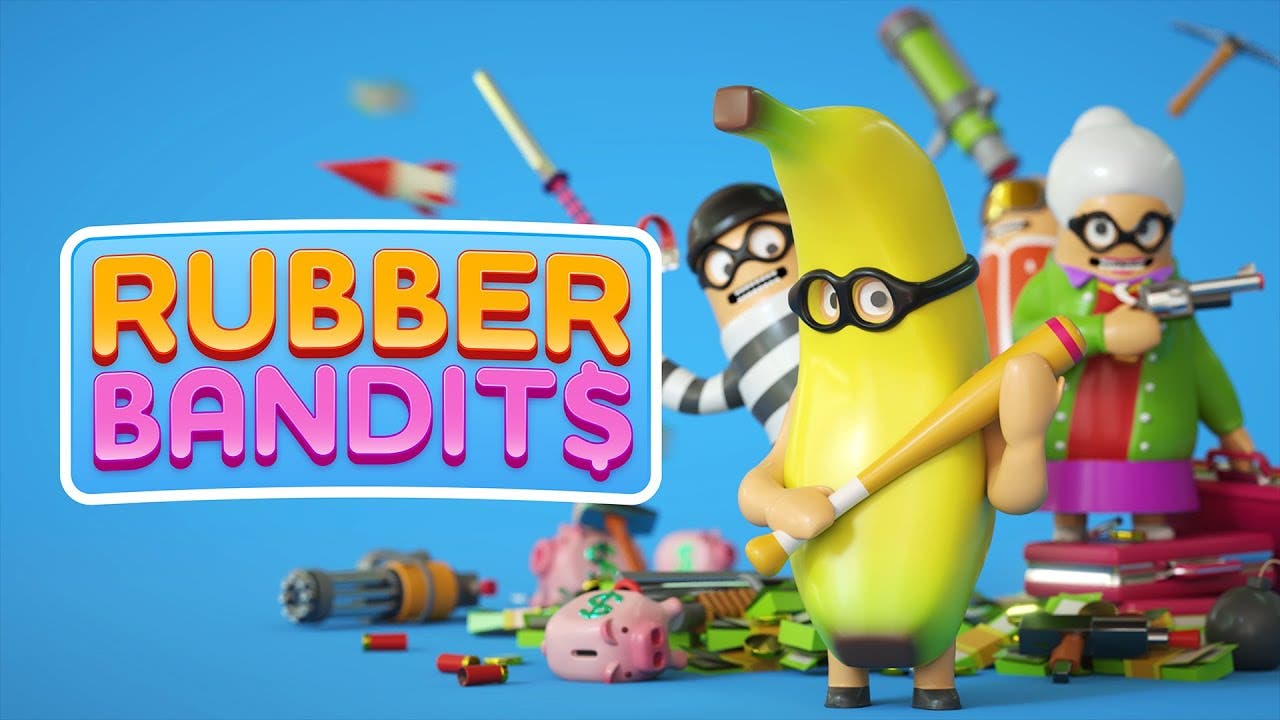 Rubber Bandits: Summer Prologue now on Steam as a free demo of this multiplayer party brawler

COPENHAGEN, Denmark — June 3, 2021 — Flashbulb Games is amped to kick off the season with the release of Rubber Bandits: Summer Prologue, a special playable sneak preview of the studio’s upcoming physics-based multiplayer party brawler. Free to download now on Steam, this intensely amusing action game lets up to four players battle it out in quick matches of fun in the sun with a variety of summer-themed levels, weapons and characters.

Enjoy the simple pleasures of a beach getaway: beautiful sun, warm sands, and bopping your friends in the face for bragging rights. Grab whatever you can get your hands on and use it as a weapon — the first to three victories wins the summer!

And all this is just a taste of what’s to come. The complete edition of Rubber Bandits will feature brawl and heist modes, lots of different weapons, destructible levels and more when it officially launches later this year. Players can wishlist the game now on Steam.