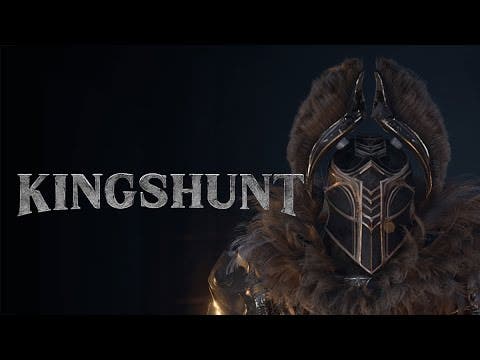 Helsinki, Finland – June 8, 2021 – Finnish developer Vaki Games announced an open beta will be coming to Steam for its highly-anticipated team combat game Kingshunt on June 22. Kingshunt is an online third-person multiplayer PvP title based in a fantasy medieval setting. The game blends components of tower defense, brutal melee combat, and real-time strategy. With up to six heroes to choose from, players will be able to use characters of all classes that suit their playstyles. Players can sign up for the beta on www.kingshunt.com.

Each game consists of two teams of five with set goals of territorial control. In each zone, there is a powerful Guardian that protects the tower, as well as hundreds of enemy foes. Both teams must compete against enemy AI, as well as each other, to take control.

Kingshunt recently took home two awards at the WN Unreal Dev Contest because of its incredible attention to detail and graphics.

Pre-register for the beta at www.kingshunt.com.

Wishlist the game on Steam.