Keen eyes to the releases of the Ninja Gaiden series over the years will notice that the specific entries in this collection are known to be their final versions, but not necessarily the preferred version everyone will want to play. For instance, Ninja Gaiden BLACK is often revered as “the best”, but the Sigma release is what you’ll find here. This is largely in part to the fact the original source code was lost, and the Sigma versions were the only ones Team Ninja and Koei Tecmo could use. Preference aside, these are three games that should absolutely be played — well, maybe just two of them.

Before I get into the specifics of each game, the NINJA GAIDEN: Master Collection is well worth the asking price and the challenge that lies ahead. It is worth noting that none of the games have been updated beyond running in 4K at 60 frames per second. The gameplay is great, but the main antagonist is the camera. Since there were no gameplay or other improvements, the camera is my least favorite part of the game. It often gets in the way, gets stuck, or has a mind of its own. That’s just part of the charm, I guess. Aside from that, playing as Ryu Hayabusa again is an absolute delight. For a character action game, Ryu is light on words and the game is heavy on convoluted story. Though when you can master dodging, evading, and blocking with following up with a heavy attack or use of your ninpo, it’s a flurry of blood and excellence. 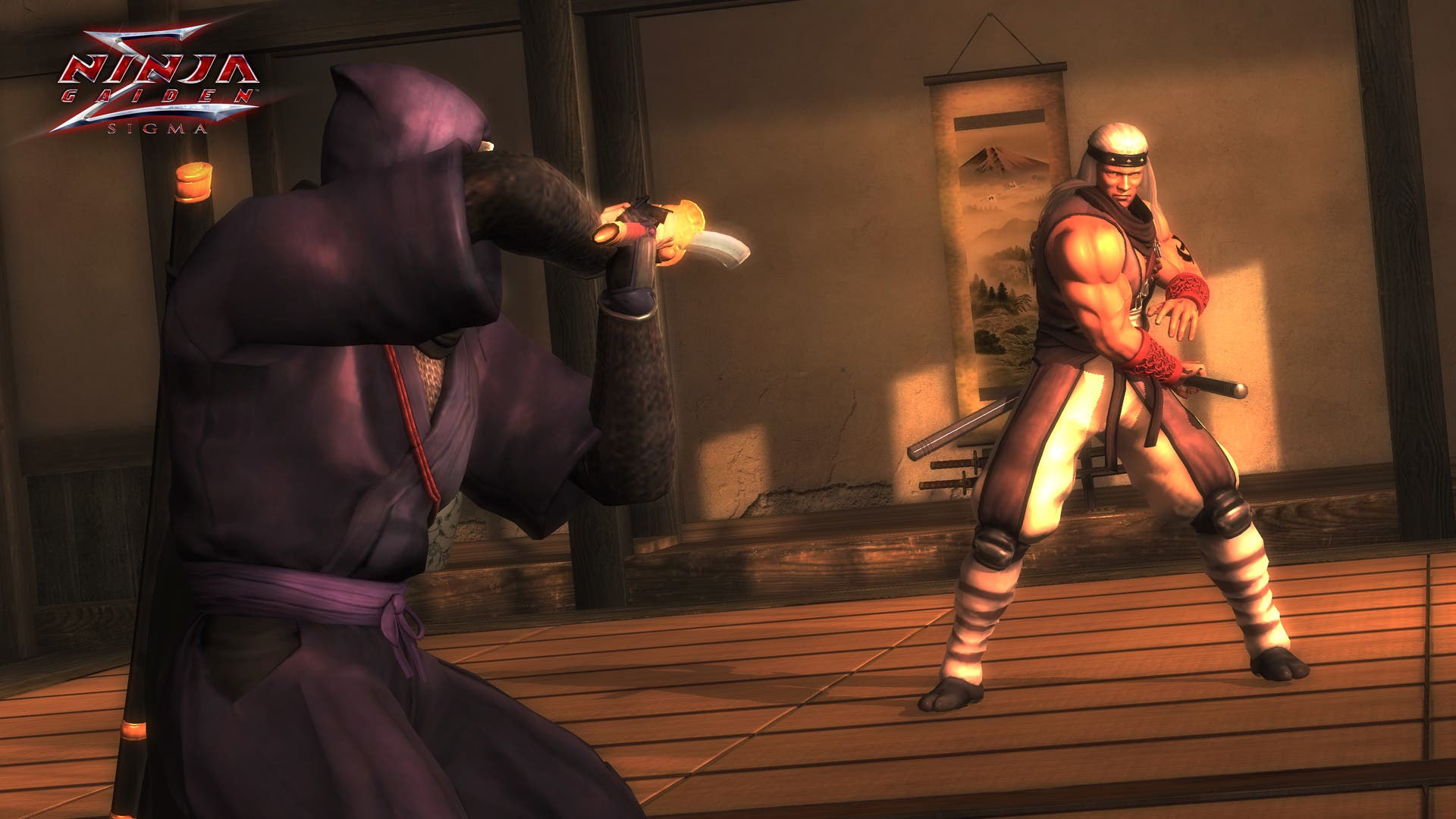 Drawing from the PlayStation 3 version of the game, NINJA GAIDEN SIGMA is not the classic, nostalgic tour for many. That’s reserved for NINJA GAIDEN BLACK. And the original reintroduced the world to Ryu Hayabusa and the Ninja Gaiden name. While there’s still a bevy of unlockable content and an additional playable character with their own chapters within the campaign, the Sigma release removed a lot of cutscenes and unlockables. Those have not been restored here for this collection.

Though what you’ll find is a very accessible game, with plenty of difficulty options so that anyone can play it, and a thrilling game top to bottom. What started on the original Xbox received updates when it was made for PlayStation 3 and is certainly the best looking version. It may not be for everyone, but there are ways to make it more challenging if that’s what you desire. Simply put, the gameplay is sublime, eclipsed only by the sequel, Ninja Gaiden II. 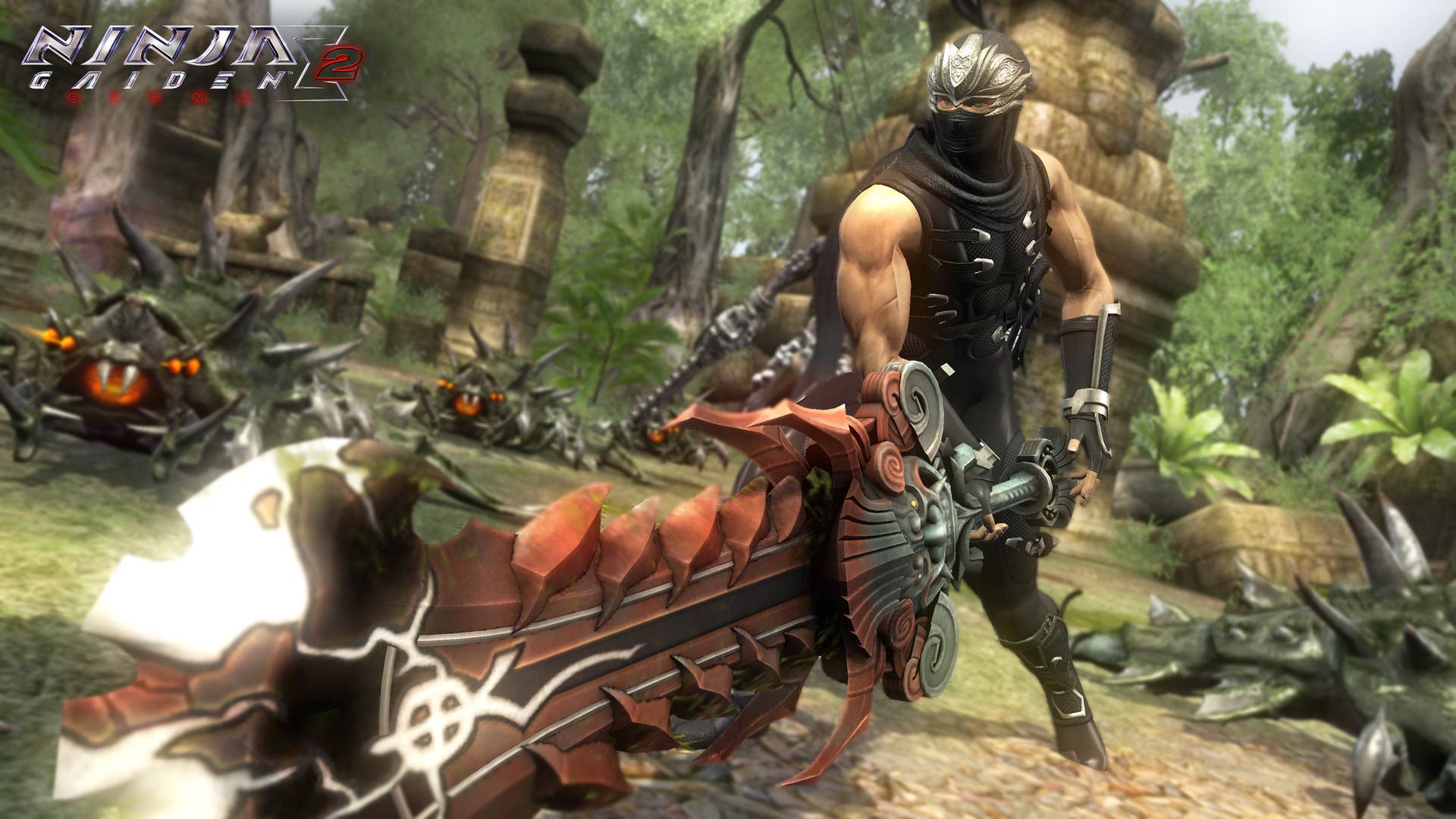 Also coming PlayStation 3 version of the game, is a far less bloody version than the original release on Xbox 360. It may be a more complete game, but the blood and gore is what made it so successful. This is not a change as part of the Master Collection, just the way Sigma 2 was updated back then.

From the story, gameplay, unlockables, and playable characters, NINJA GAIDEN SIGMA 2 has it all. Outside of the campaign, there are also Team Missions to take part of. Once a way to play online in coop is removed. Team Missions are only available with an AI partner filling what would be your friends role. It’s a disappointing change, but one that’s understandable. NINJA GAIDEN SIGMA 2 has some things going for it, and others not. What remains is the best game of the trilogy by far, hampered by anemia showing viscera. 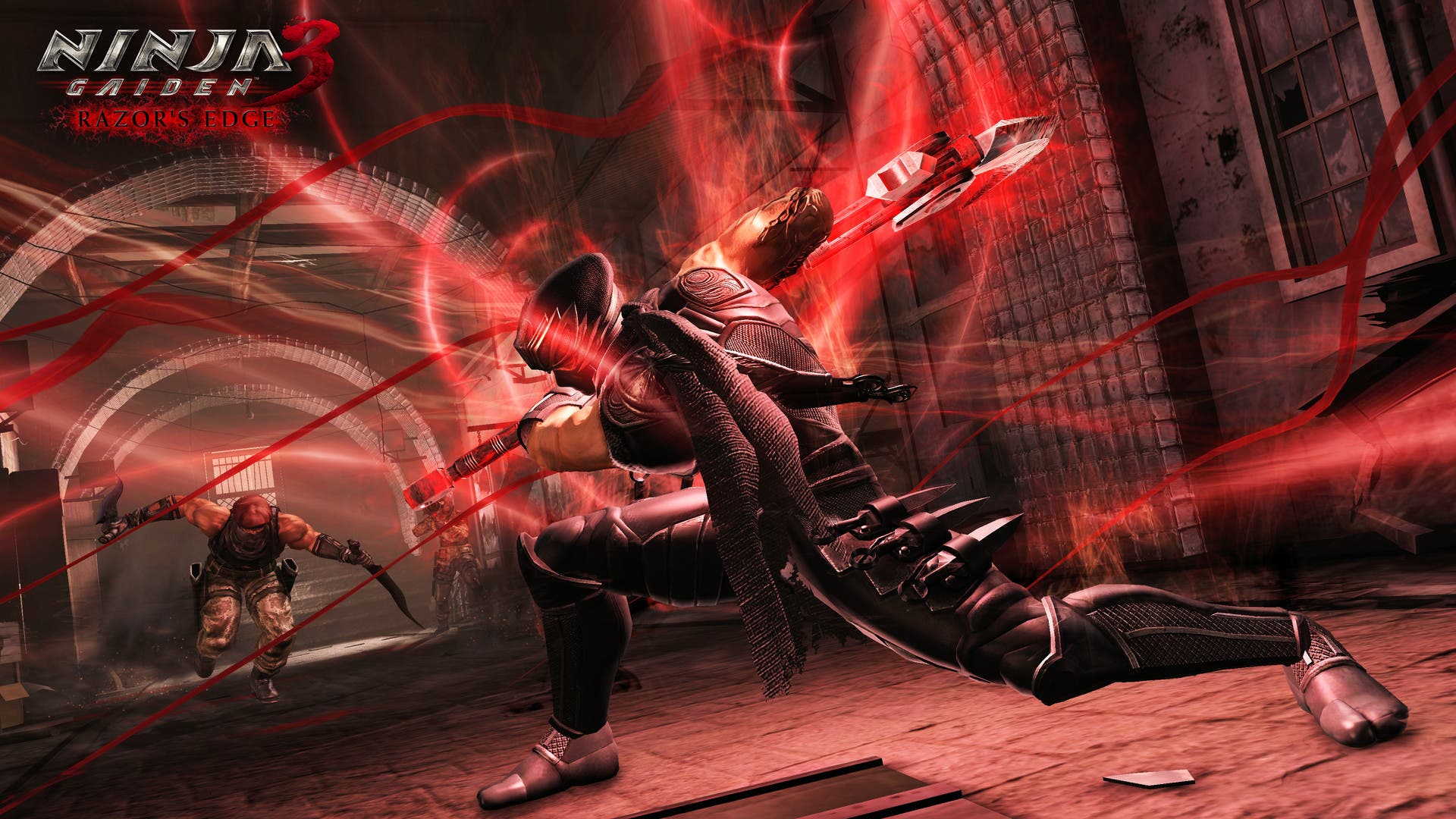 While not bearing Sigma in its title, Razer’s Edge is essentially the “Sigma” for Ninja Gaiden 3. This version of the game is pulled from the Wii U release, which would go on to be released onto Xbox 360 and PlayStation 3 later. Unlike prior entries, Razor’s Edge ups the gore and blood, and even makes the game harder. So what’s the catch? Well, it changes things a lot. Too much, in fact.

Even if you put aside how dark the game is visually and tonally, and the removal of modes like “Shadow of the World”, “Clan Battle”, and the online for “Ninja Trials”; NINJA GAIDEN 3: Razor’s Edge makes some cardinal sins. Firstly, it changes the block button from left bumper to left trigger. This is especially jarring after playing the first two games back-to-back. Secondly, you are now forced to purchase upgrades for executing moves. Things that Ryu Hayabusa has been able to do for two games, things like Flying Swallow or as simple as counter-attacking require an arbitrary purchase in order to be executed. Thirdly, there are no more healing items. It feels like a completely different game. It’s a lot stiffer of a game, with awful pacing issues with lots of starts and stops in its combat encounters. This is a challenging game that its Sigma entries aren’t, but it really can’t be recommended as essential to be played. 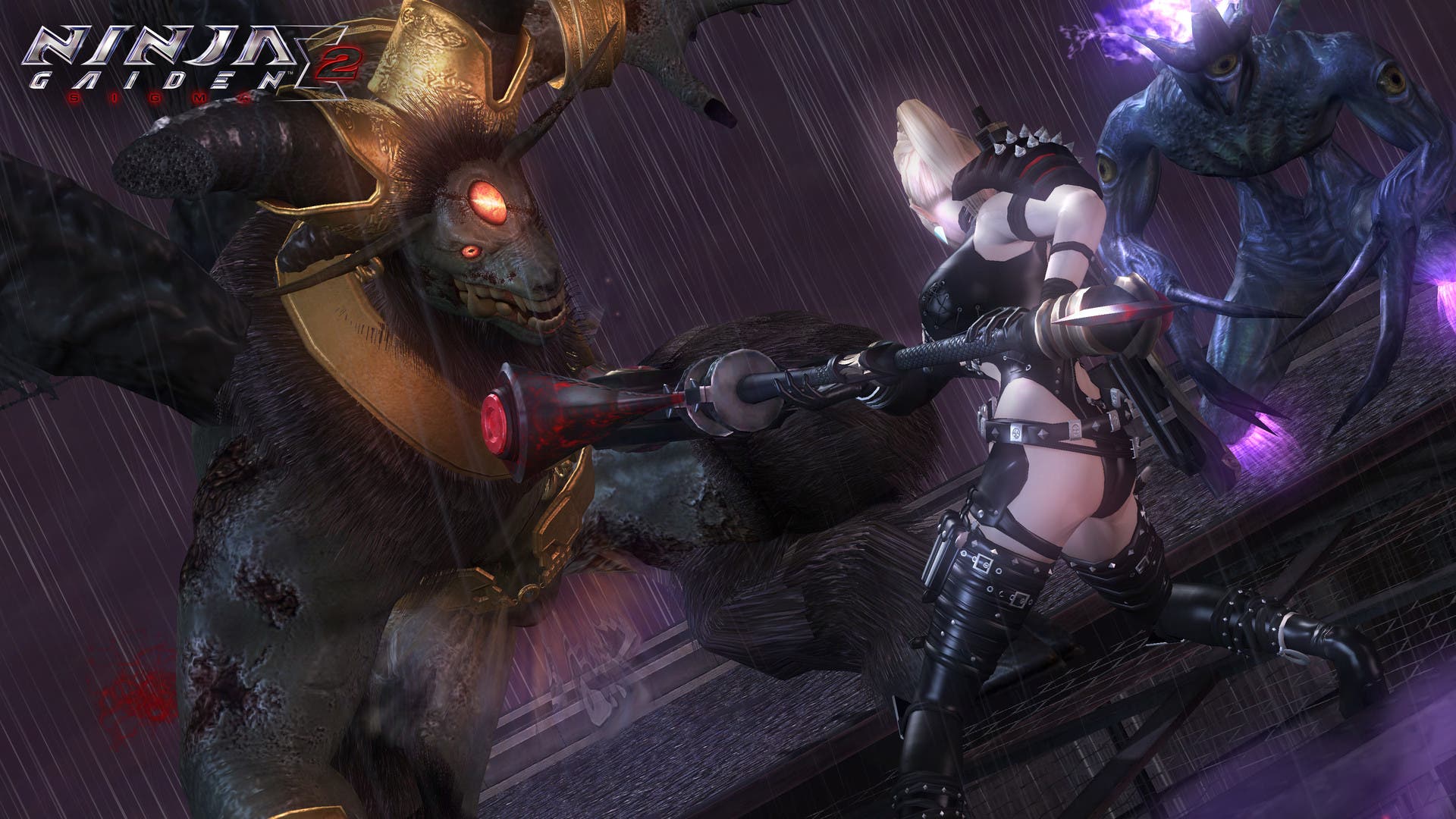 This is normally the part where I tell you about the technical of this PC release. But the truth is, there’s nothing to set beyond what the game already had at the time of release. On PC, the game seems to launch in 4K by default, determined automatically by the specs of my system, even though my native resolution is 1440p. The executable that launches for each entry has “4K” in the title, which confirms that. You can set other resolutions by going to each game’s Properties, then Launch Options, and set either: “720p”, “1080p”, or “4K”. There’s no other resolutions available, or even a config file to edit. Weirdly, the game also launches in a window. And there’s not a way to manually force it to launch in fullscreen other than to press the ‘maximize’ button the title bar every time you start the game.

As someone who primarily plays on PC, I was hoping to see what this was like on keyboard and mouse, but it isn’t supported – only controllers are supported. And these are some silly naming conventions and ordering within Steam:

If you were looking for updates or enhancements beyond getting it working on newer systems, that’s not what this release is about. The collection as a whole will use a scant 10GB of drive space. It runs incredibly well and even without any changes, still manages to look really good. It’s a rarity as games age, and these hold up visually, even if there’s some odd decisions about how this works on PC. 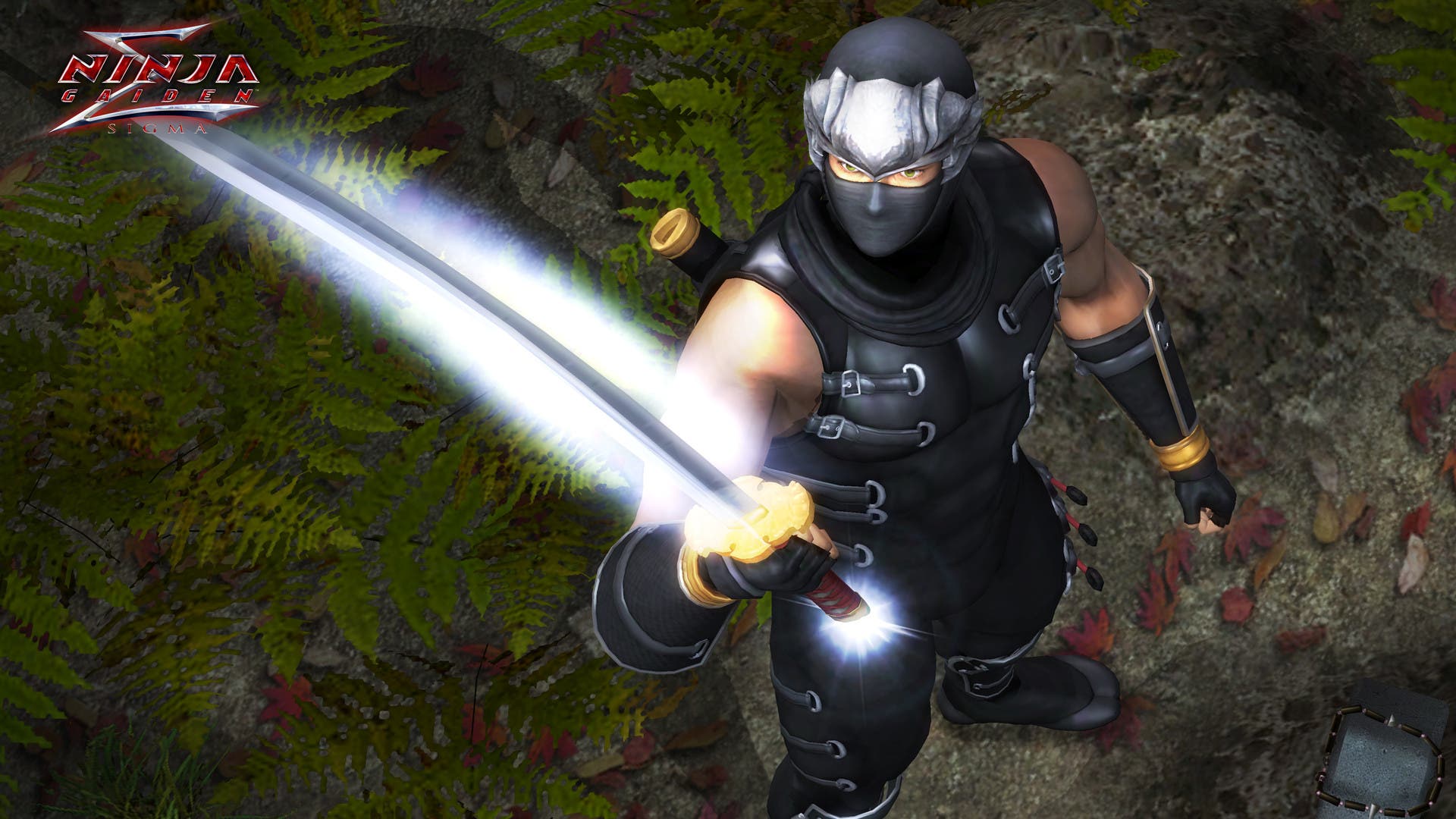 If not for the loss of the original source code, I think we might’ve seen all variants of the NINJA GAIDEN games in here. Not only for comparing and contrasting them, but to celebrate Team Ninja’s ability to take feedback and impart that in their re-releases, while also including everyone’s favorite included. Having all three of Team Ninja’s games together on PC, PlayStation 4, PlayStation 5, Xbox One, and Xbox Series X|S for the first time is such a delight. NINJA GAIDEN: Master Collection is a wonderful collection of the finest action adventure games, while still being difficult and provide the level of challenge you want, feeling just like the day it came out.