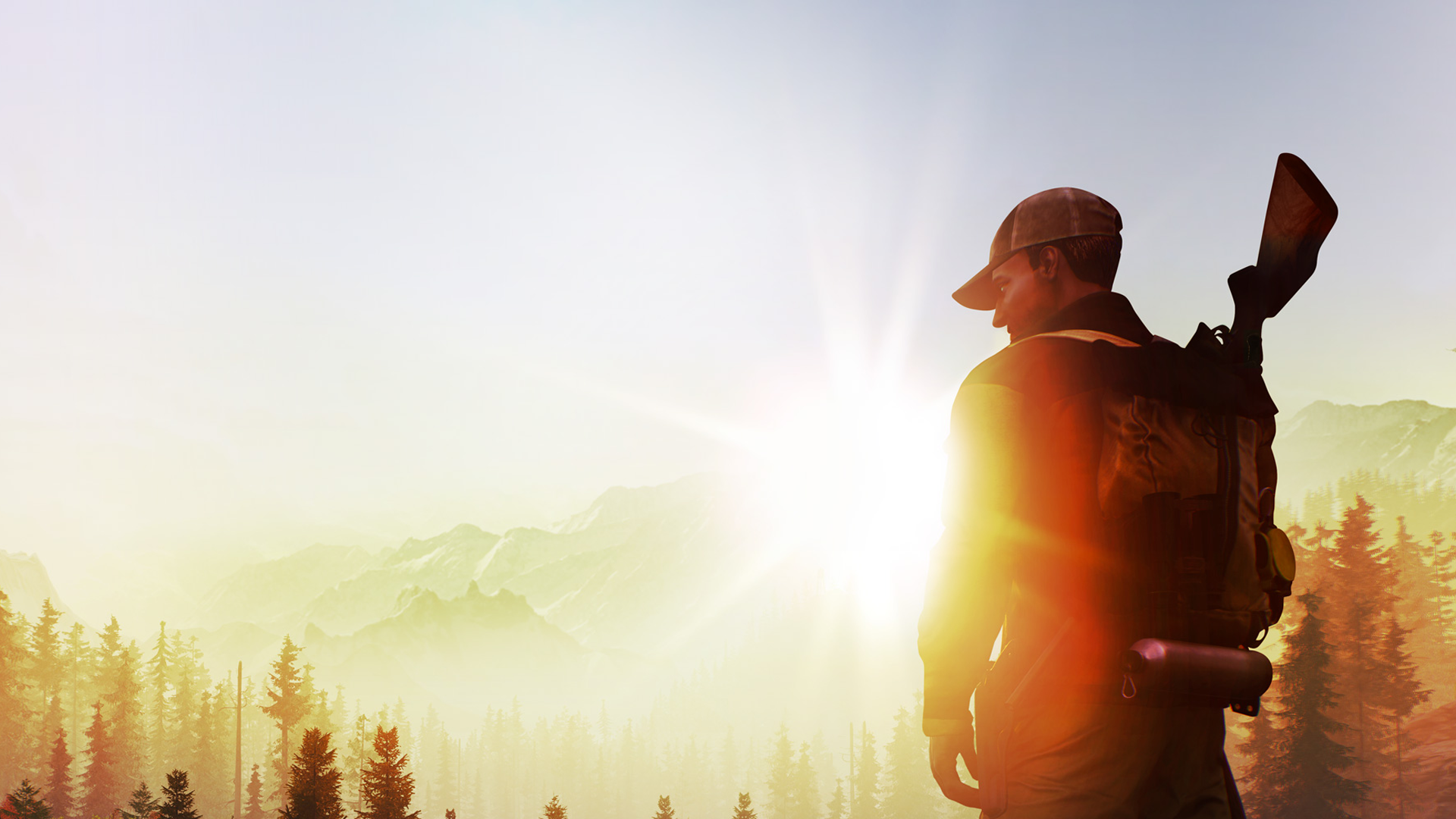 I hesitate to call Open Country a bad game, but it has many limitations baked into its core, and it shows. From the lack of graphics options, abundance of typos, terrible voice acting, and questionable mission objectives; it falls short of so many other games that simply do it better. Even for a $15 game, it's not competitive in the survival genre. Open Country has some great ideas that end up being overly ambitious and woefully underdeveloped.

FUN Labs, who’s mostly known for their work with the Cabela’s franchise, have branched out with a new kind of outdoors game with Open Country. Approached as an arcade-style game, it retains all the systems and realism one would expect out of the survival genre. Now, this is a modestly priced indie game that has high ambitions, but fails to live up to all of them. It feels like a checklist of things a game like this should have, but implemented in mundane and uninteresting ways, and it just comes across feeling janky. Even with its price point in mind, Open Country is just too rough around the edges. 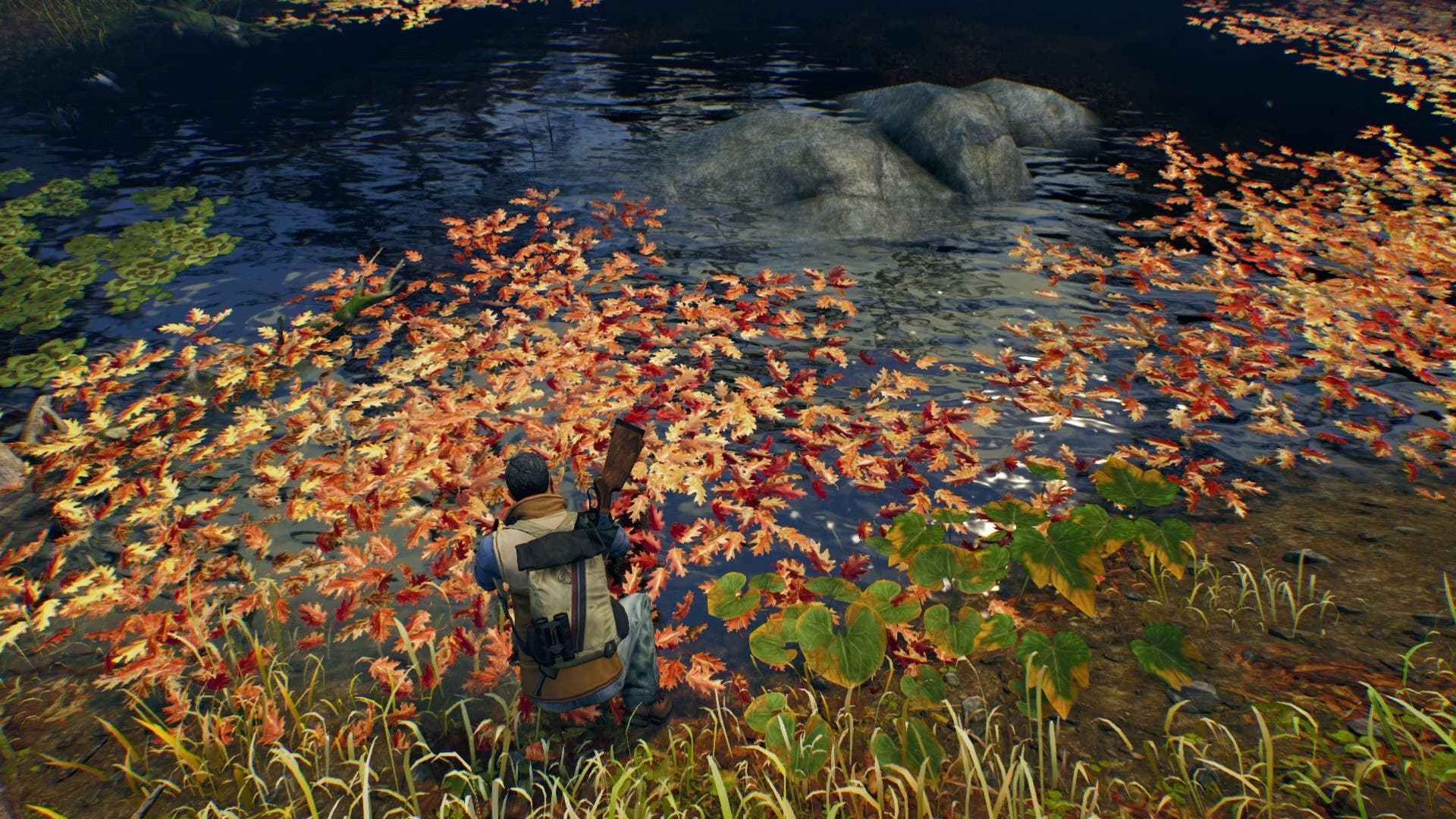 The game begins with a gruff-sounding dude in his office cubicle absolutely sick to death of his job. So I guess he quits or takes time off to go spend time in the country? I’m not really sure. What I am sure of, is that’s all the story and setup you get as your character heads to the wilderness using his RV. Character creation is laughably bad and weak, with very simple options for creating the avatar you want to look at throughout your time with the game. You can choose to be male or female, but with only a few presets to pick from. There’s this really annoying bug where what you selected was not what was visually represented on screen. This made it so if you wanted the 2nd hairstyle from the left, you’d have to select the 3rd one from the left to get the one you actually wanted. This all the while the absolute worst theme music plays, that is thematically correct, but somehow not fitting at all.

From there you’re at a lodge where you start to interact with NPCs. The voice acting is all over the place, from okay to bad. I’m not sure who they got to voice some of these characters, but the southern accents attempted here are going to be memorable for the wrong reasons. None of this is helped by the awfully generic lines these characters spit out. It makes you wonder why there’s any in the first place, it honestly would have been better without it. After talking with the characters here, you’ll be given your first quest and location to begin your outdoor adventure. 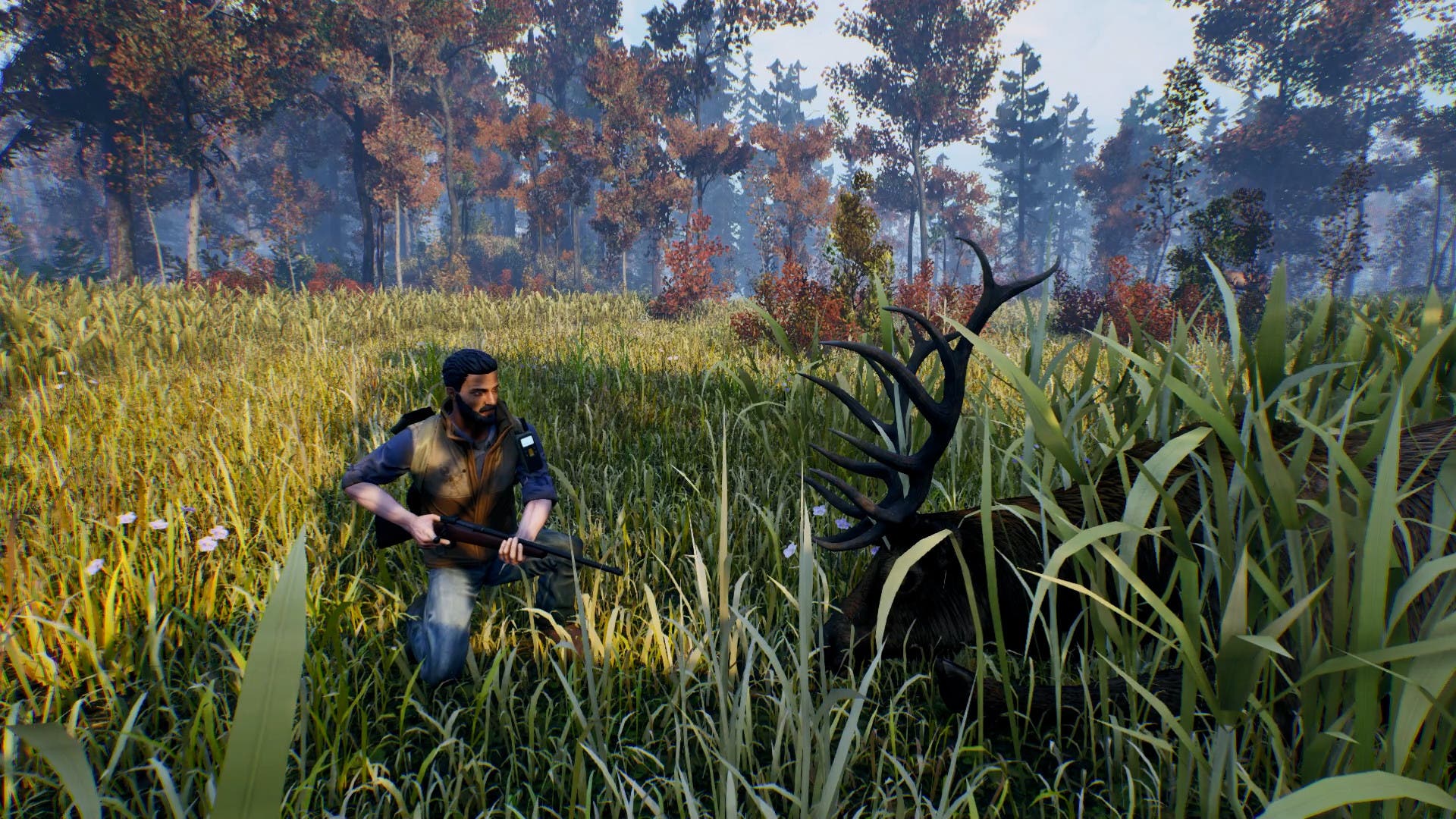 Open Country does well to teach you about each of its mechanics one by one, while also showing you there’s crafting recipes that must be met in order to make the things you want or need. As the thirty or so missions progress, they get really weird. There’s a mission where they ask you to turn a valve to stop the flow of water at a dam. This feels borderline ecological terrorism. Then it seems you become friends with a ranger, and he’s been put in charge of controlling the animal population. But due to some arbitrary time limit he’s been given, he cannot complete the task himself, and recruits you to help with it. It’s things like this that absolutely pull me out of the game, even if this is a more laid-back, arcade experience.

Then we have the issue of completing quests. For every mission completed, you get a very paltry XP and money gain. One particular mission awarded me 50XP and $50. This is fine for the most part, but it just doesn’t feel like a lot compared to so many other games. Now where the game compensates you to reset those expectations is by giving you 10 skill points each time. There’s no leveling system per se, so the skill points are awarded per mission. Distributing these points is really awkward, and has been done better so many times, but it uses a fraction system to depict what you have versus what’s needed that more complicated than it needs to be. 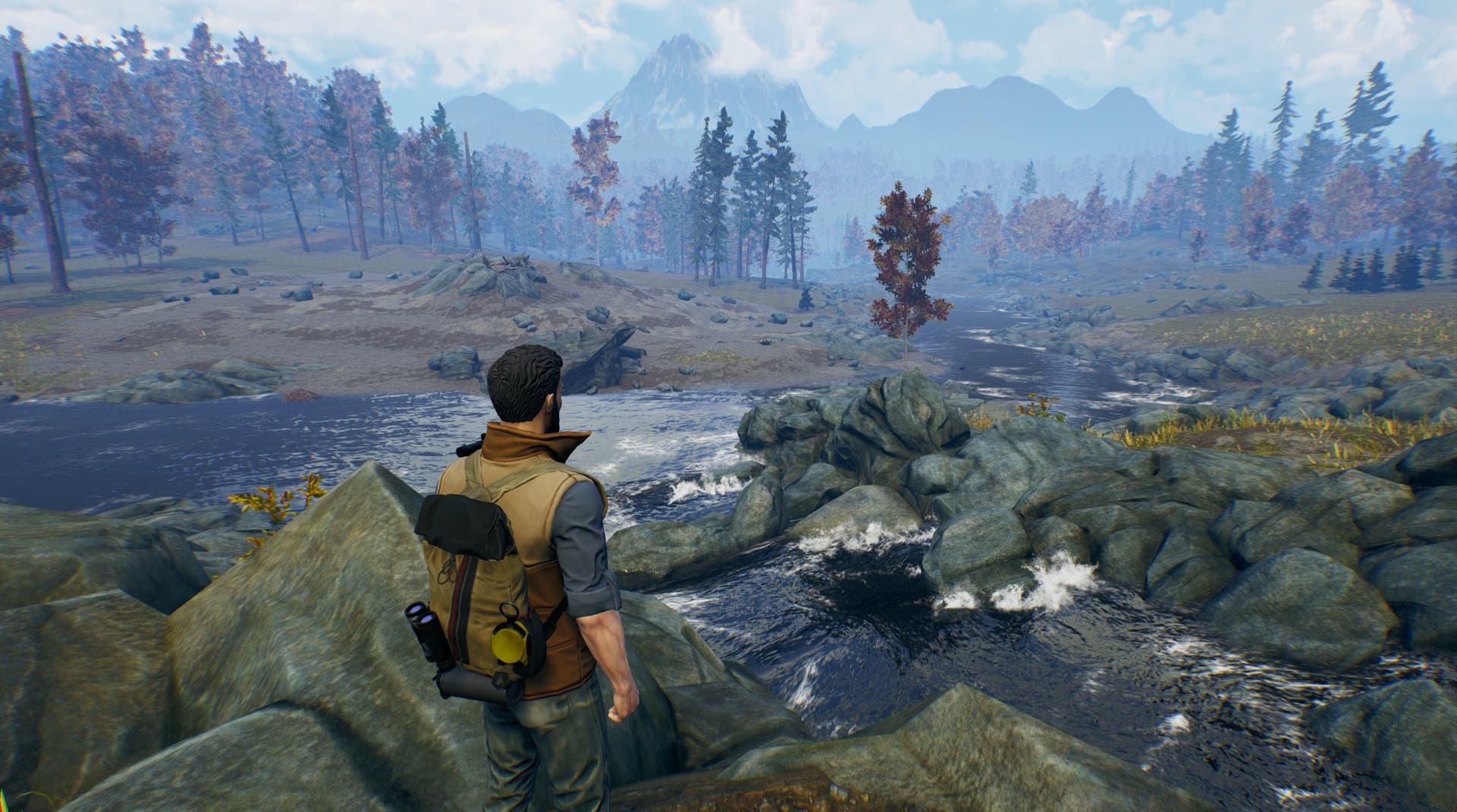 There are a lot of systems you have to manage about yourself throughout the game. There’s your health, stamina, temperature, hunger, hydration, and energy. Like most survival games, Open Country falls victim to having all of these meters deteriorate far too quickly, even if the day/night cycle is accelerated. Aside from that, I don’t mind how the rest of this works. Now I will say that having to manage clothing based on it being cold, hot, or how to stay healthy during rain is really neat. Of course, needing to eat and drink is important, and you can even get food poisoning by eating uncooked foods and get bacteria from dirty water. These things go away in-time, but food poisoning is often deadly and should be treated. It makes you think before you mindlessly consume something.

There are three huge maps to explore. From Mellow Hills taking place during late Spring and early Summer to Tumnus Valley during late Summer and early Fall to then Snowridge during the Winter, each of these areas are distinct and impressive landscapes that maybe have too much wilderness in-between. Thankfully there’s vehicles like ATVs to traverse the landscapes that won’t wear down your thirst and hunger meters as fast. 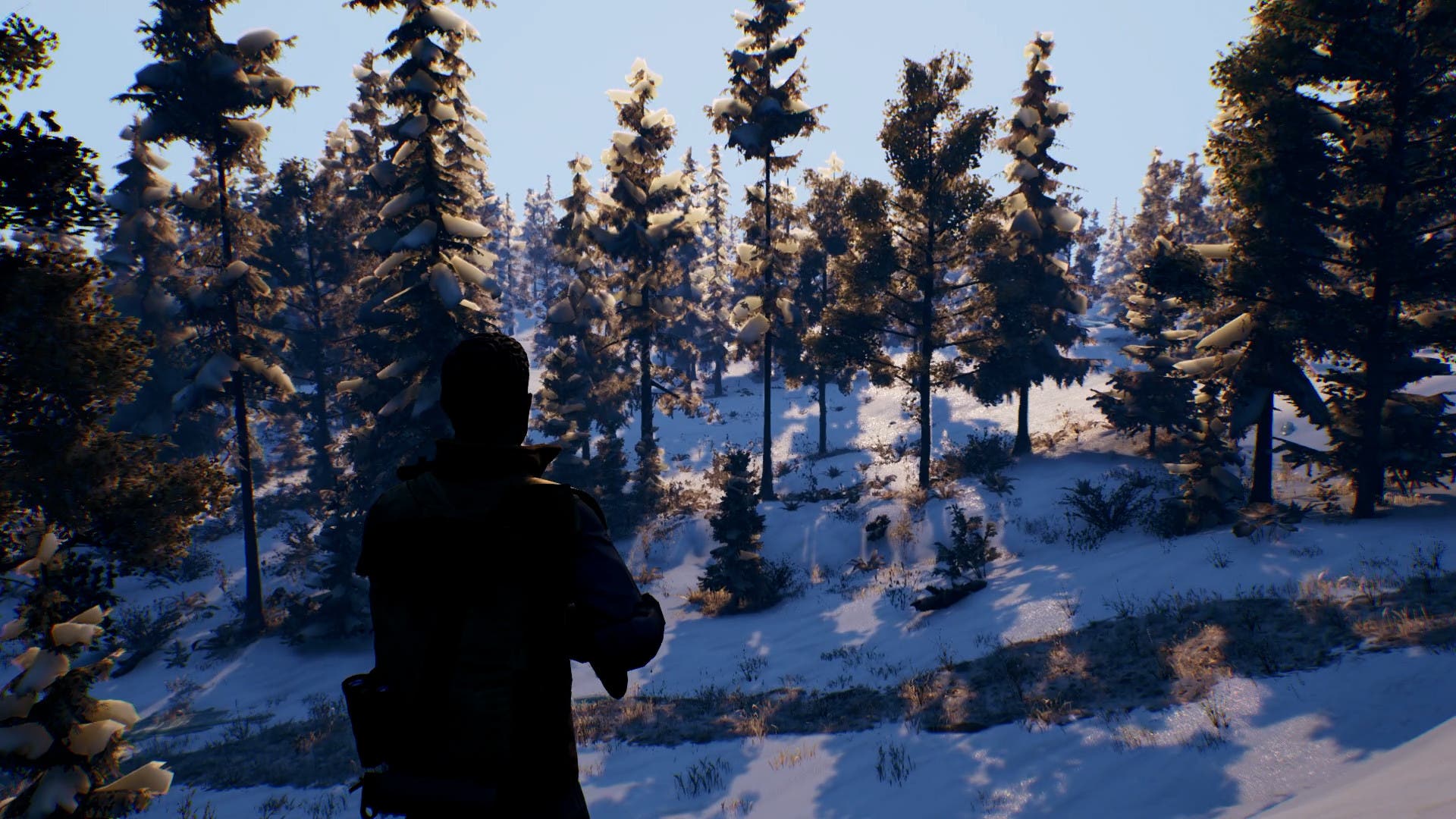 Open Country is a game where hunting is done for survival instead of sport, and I appreciate that. A ways into the game, you’ll have a hunting dog that becomes your companion and will guide you towards animals to hunt like rabbit and elk for food and their pelts. And you’ll come across passive animals like foxes and armadillos, and pose no threat. But there’s predators about like bears, wolves, and cougars that are a serious threat to you, and you’ll have to fend them off by force. Land isn’t the only place to be, you can take to the water in a boat for some fishing. You can even send some duck, goose, or other calls through their specific callers to attract the ones you want.

You’ll be summoned to the Snowridge Lodge way more than is necessary to complete, and take on quests. There will also be a trader there for you to sell your pelts and other items for money. That money can then be immediately spent on upgrades and new gear for use in the wild. It feels very zero sum, but that is part of the progression to have better stuff to do more things, easier. 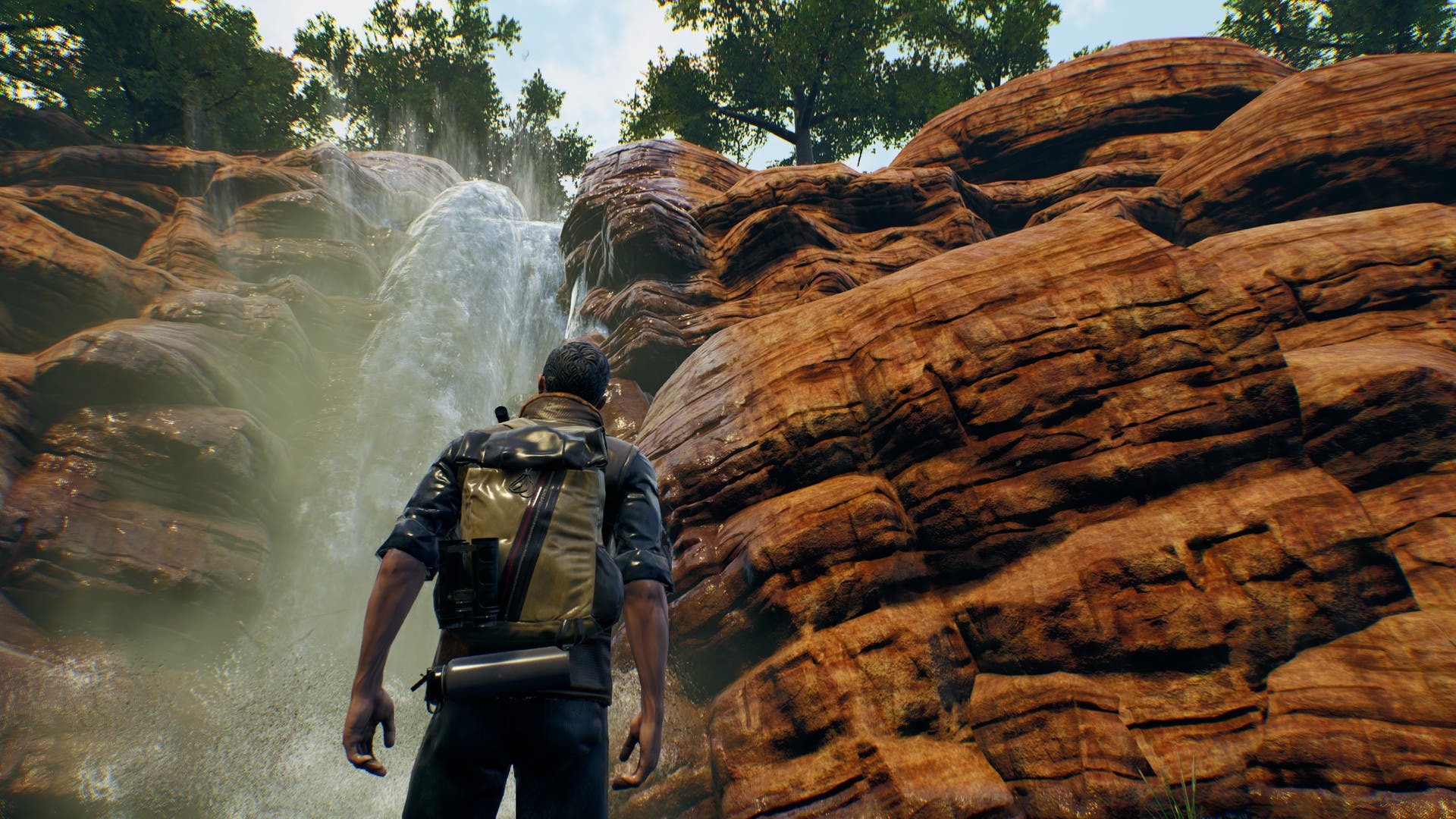 Running on Unreal Engine 4, the game looks decent but there are no graphics options to be found anywhere in the game, which is very odd for a PC game. Sure, you can set your resolution, but that’s it. There’s not a single visual setting to tweak in the game. This is really unfortunate, because the detail pop-in is so short. You can actually see a translucent radius of where the objects closest to you are in full detail, and anything outside of that 10 foot radius is not. I do like the way the game looks when it rains, everything has a shimmer on it that really seems to show that everything is wet. But Open Country could look a lot better, and I’d be interested to see what could be tweaked to maximize it.

By design, it’s a very lonely game so don’t expect to find anyone else. That is, unless you bring friends as the game can be played in online coop or in versus mode for up to four total. Having more players doing the work of one really expedites the game, and the pacing feels better this way. 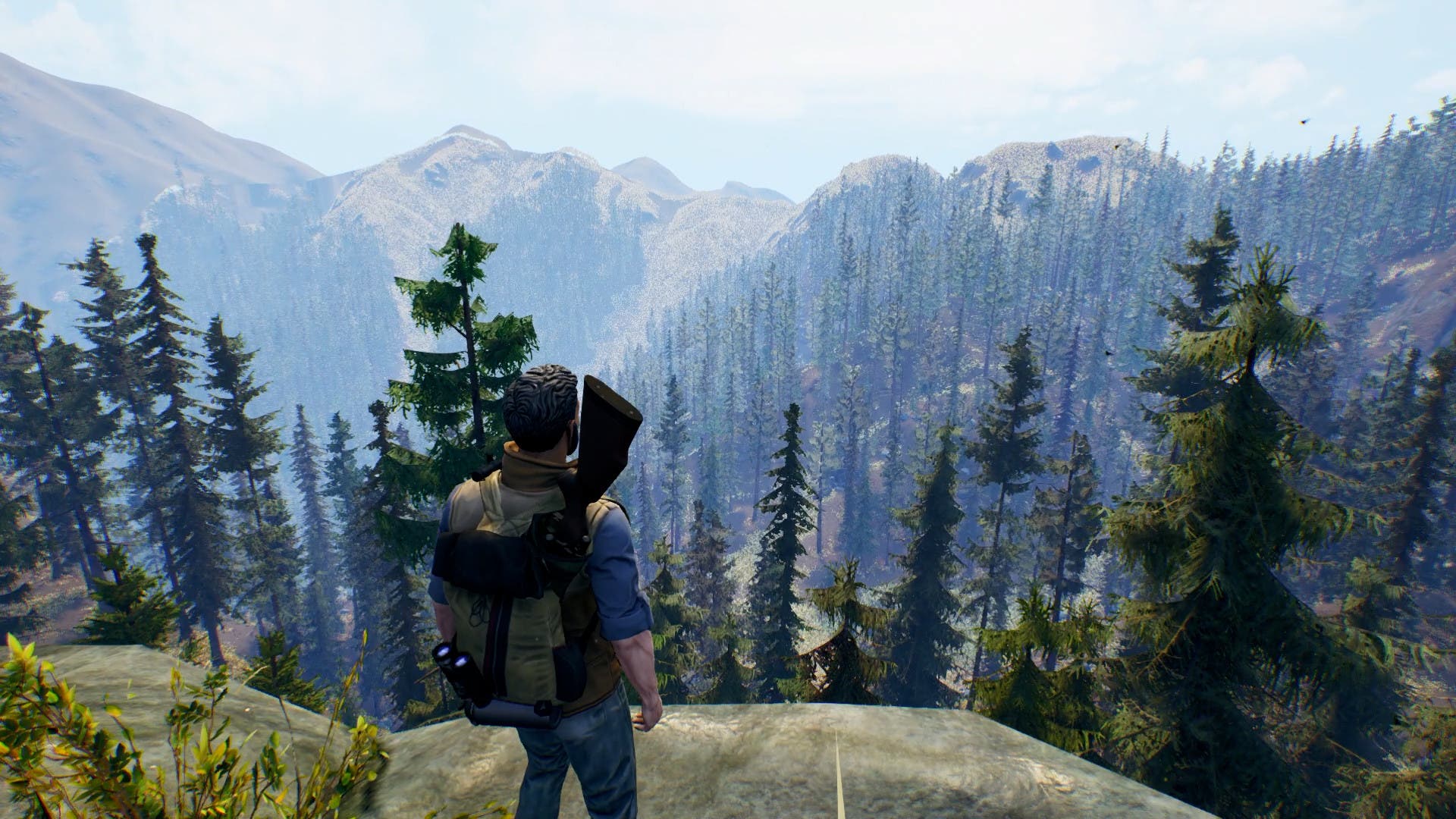 I hesitate to call Open Country a bad game, but it has many limitations baked into its core, and it shows. From the lack of graphics options, abundance of typos, terrible voice acting, and questionable mission objectives; it falls short of so many other games that simply do it better. Even for a $15 game, it’s not competitive in the survival genre. Open Country has some great ideas that end up being overly ambitious and woefully underdeveloped.