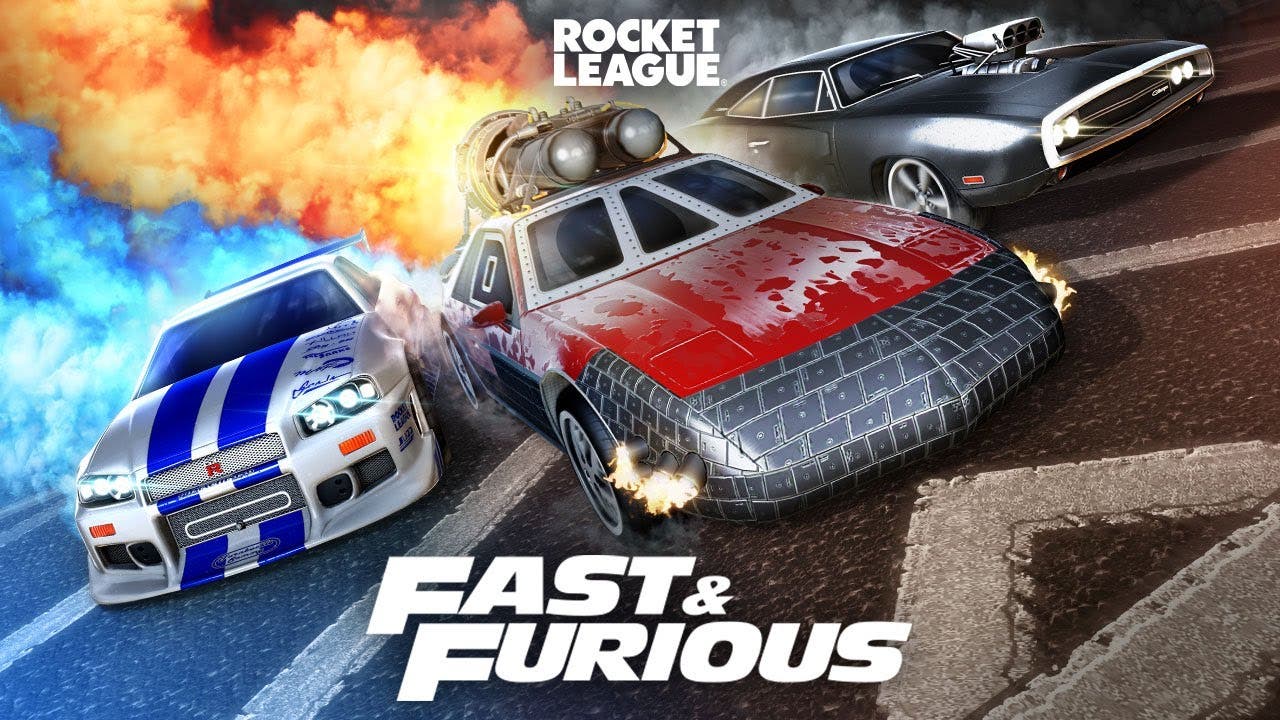 The Fast & Furious 3-Car Bundle will include the iconic Dodge Charger and Nissan Skyline, marking their first return to Rocket League since the game went free to play, as well as the new Pontiac Fiero and a collection of new Fast & Furious themed items. The bundle will be available in the Item Shop for 2400 Credits and will feature:

Each Fast & Furious Car Pack will also be available individually for 1000 Credits, while players that already own the Dodge Charger and/or Nissan Skyline can purchase Upgrade Packs (for the new Wheels and Reel Life Decals) for 300 Credits each. In addition, “Furiosa,” an all-new song by Anitta will be available as a Player Anthem along with a second Player Anthem that will be revealed when it’s live in the Item Shop. The Fast & Furious 3-Car Bundle, individual Car Packs, Upgrade Packs, and the two Player Anthems will be available in the Item Shop from June 17 until June 30. Lastly, the “Tuna, No Crust” Title can also be claimed for free beginning June 17.

There will also be a Fast & Furious: Rocket League Rumble livestream to celebrate the return of Fast & Furious content to the game. On June 19 at 11:00am PDT (ahead of the RLCS X South American Grand Finals pre-show at 1:30pm PDT), top Rocket League crews will compete in 4v4 Rumble matches to see which one will come out on top. Players can tune into Twitch to catch the action and more information about the stream will be shared closer to the event.