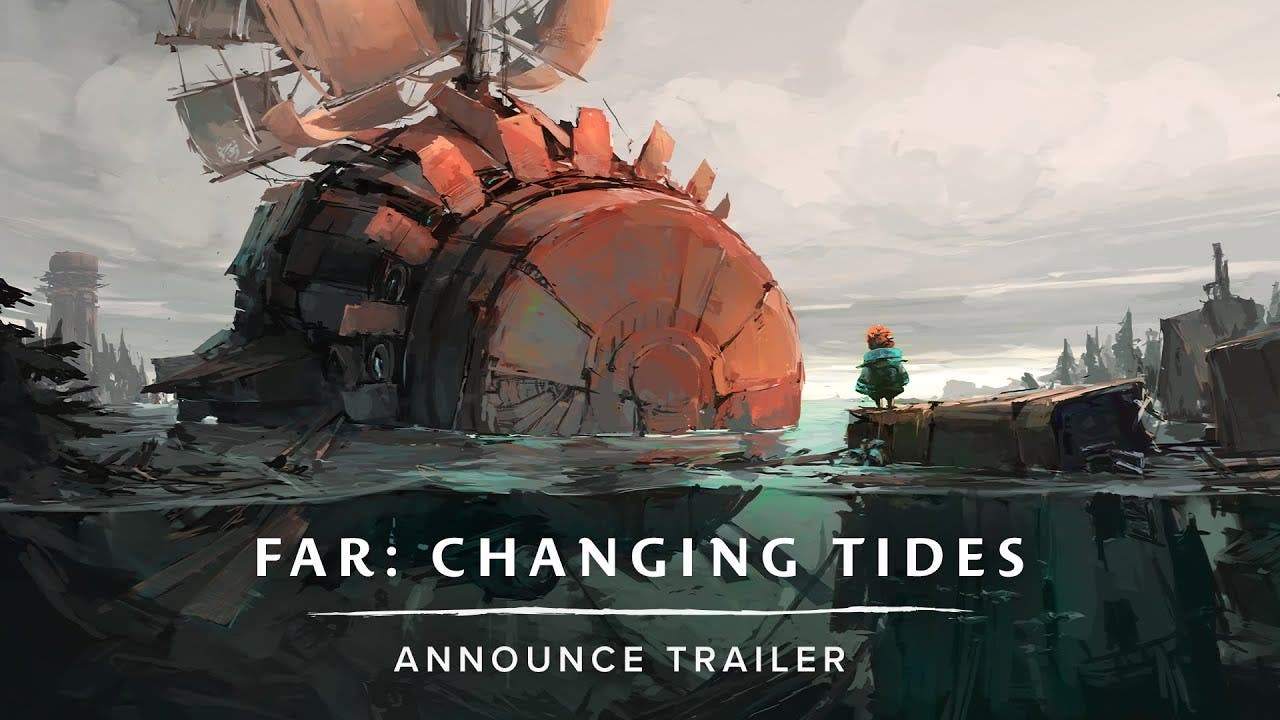 Cambridge, UK — June 13, 2021 – Frontier Foundry, the games label of Frontier Developments plc (AIM: FDEV) today announced its publishing partnership with Swiss based development team, Okomotive, on their next title, FAR: Changing Tides. The game was unveiled at the PC Gaming Show and is currently due for release in late calendar 2021 on Xbox Series X/S, PlayStation 5, Xbox One, PlayStation 4, Switch, Steam and Epic Store. The game can be wishlisted on Steam here.

Swapping sand dunes for sea waves, FAR: Changing Tides expands on the inhospitable world created by developers, Okomotive, in their multi award-winning debut title, FAR: Lone Sails. Players control Toe, a hero trapped in a drowned landscape with little chance of survival. Finding an abandoned ship, the journey to safety will take players across the horizon in a desperate bid for freedom as Toe seeks answers about what happened to their home.

Okomotive Lead Designer and Co-Founder, Don Schmocker, said, “The reception to FAR: Lone Sails was humbling, to know that people felt the same passion as we do about that world inspired us to continue to build on it with Changing Tides. We knew we wanted to tell a different, but complimentary tale, one which would be familiar to fans but fresh and exciting.”

With the same captivating art style, meditative side scrolling gameplay and haunting soundtrack from composer Joel Schoch as FAR: Lone Sails, the next entry into the world created by Okomotive will present fans with a fresh experience as they sail the high seas and scour the deepest ocean floors, later this year.

Frontier’s Head of Publishing, Zac Antonaci, said, “Signing Okomotive to Foundry was a wonderful moment for the team here as there is a huge amount of love for FAR: Lone Sails in the studio. What Don and the rest of the developers have created with Changing Tides is a fantastic continuation of their brand and we’re delighted to be involved in bringing this to fans, leveraging Frontier’s legacy as a developer and publisher.”