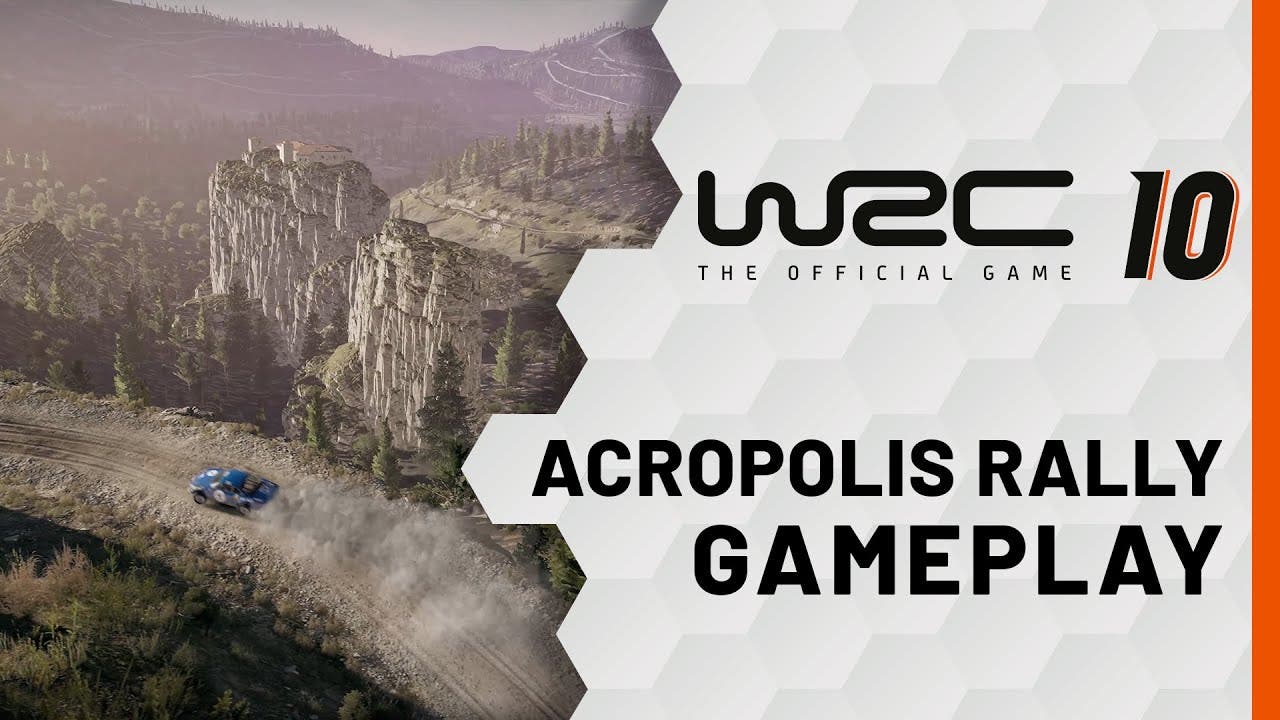 Lesquin, France, June 15, 2021 – NACON and development studio KT Racing are delighted to announce their participation in Steam Next Fest. From June 16 to 22, a free demo version of WRC 10, the official game of the FIA World Rally Championship, will be playable exclusively on Steam.

Due to release on September 2, 2021 on PlayStation®4, PlayStation®5, Xbox One, Xbox Series X|S and PC (Steam), the new edition of the leading rally simulator also unveiled today one of the many historic events it features: Acropolis Rally in Greece.

During Steam Next Fest, PC players will be able to play an exclusive demo of WRC 10. The demo includes an overview of three completely new rallies that have been added to this season’s calendar: Estonia (gravel), Croatia (asphalt) and Spain (asphalt). Log in to Steam tomorrow for a full overview of the game’s even more realistic driving experience and physics, which were widely acclaimed in WRC 9.

The Acropolis – A historic challenge in WRC 10

The all-new Anniversary mode in WRC 10 offers rally fans the chance to relive certain famous WRC moments, from 1973 to present day. Behind the wheel of cars from their respective eras, step into the shoes of some of the sport’s best drivers and become a rally legend by completing the many challenges available.
In the Renault Alpine A110, Lancia Delta HF 4WD or maybe the Lancia 037, tackle the Acropolis Rally, one of the historic events included in WRC 10. With winding and dusty mountain roads, sometimes on the edges of cliffs, the Acropolis Rally of Greece is famous for being particularly challenging for drivers. In 2021 it is celebrating its big return to the Championship after an eight-year absence.

With WRC 10, the leading off-road racing simulator is reinventing itself once more! Finish the 2021 season atop the podium and relive the most intense moments at the wheel of iconic cars to celebrate 50 years of the competition.

WRC 10 will be available on September 2, 2021 on PlayStation®4, PlayStation®5, Xbox One, Xbox Series X|S, PC and on Nintendo Switch™ at a later date.