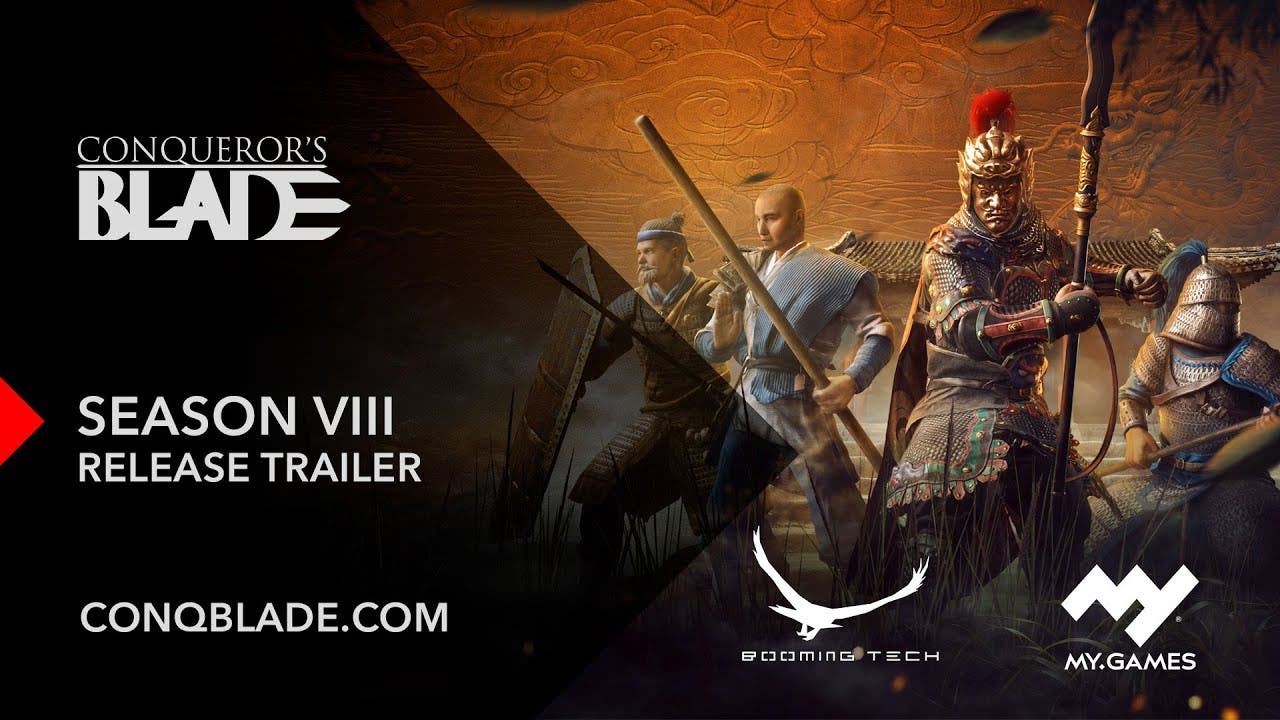 Begin a Dynasty with a new battle pass in Conqueror’s Blade today, with the start of Season VIII

Gamers worldwide were already introduced to the theme of the new season with the cinematic trailer that was launched last week, a more indepth look at the new weapon class, units and locations is shown off in a new feature trailer.

Season VIII is inspired by the cosmopolitan golden age of China during the Tang Dynasty. The players will follow the rise of the fictional but very mighty Qian Dynasty in a series of campaign missions. They will travel to a new location: Longting, which was inspired by East Asia. The new hub city Hao Jing allows players to meet under more peaceful circumstances.

The new season of war also brings with it the 12th weapon class, the Pike. This thrusting weapon can be used for long-reaching attacks to dictate the terms of engagement and find the perfect opening for a devastating combo to dispatch the enemy.

In addition to a new weapon, three new Seasonal Units can be unlocked by players, all inspired by classic military archetypes of Chinese history. Cudgel Monks are peaceful protectors that only use their powerful martial arts when there’s no other way; The Greyhair Garrison are weathered siege veterans and the Madao Battalion is a powerful vanguard unit to break open the enemy lines. Via the Unit Tree, the Shenji Grenadiers can also be unlocked as a 5-star unit!